There's no product I'd rather watch an hour-long infomercial for than Pink Diamond's "Double Ball/Dildo."

I can only imagine how this sex toy/exercise machine was conceived. Was the inventor inspired by a co-worker bouncing on the exercise ball she used as an office chair? Did he find his muse in a naked adult using a child's bounce ball? Or, did he simply see a woman in yoga pants grinding an exercise ball in his pilates class?

Pink Diamond has yet to release any "instructional" pictures or videos, nor are there any detailed exercise routines to help users get the most bang from their sexercise routines. However, there is some chatter on Twitter that Filly Films may feature these balls in an upcoming scene. Hopefully the video will help illuminate the debate as to whether these balls are actually pleasurable or if they fall flat.

To read more of Shawn Alff's writing, visit CL's sister paper in Tampa. You can also reach him on Twitter, Facebook and Instagram, or email him here.

Test Ride Karrine Steffans is back with SatisFaction

One thing you can't say about Karrine Steffans is that she doesn't know about sex. She's made a career of kissing and telling — and then moving to instructing women how to release their inner vixens. In between releasing books, Steffans was tabloid fodder because of her relationships with the likes of Bill Maher and Darius McCrary (aka Eddie Winslow).

"Unlike my previous books, SatisFaction is a work of "faction," fact and fiction, hence the title's double entendre. You will be whisked away, into each chapter's bawdy fiction, enlightened by the chapter's scintillating examples of have to make each fantasy a reality, and then instructed how to he assured these highly adventurous fantasies don't go awry!" 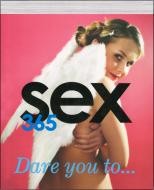 If you've been with your partner for a while,  your sex life is probably, surely boring. Want to spice things up, but you don't know where to start? Sex 365: Dare You To... is the guide for you.

The book is written in a "him and her" style: the "her" side. for example, instructs the man on what he should do to get her off and vice versa. The book ends with a list of websites where you can buy some of the things suggested in the book as well as a "dare selector."

The dare selector is one of the more interesting things in the book because you close your eyes, pick a number and then do those things that night. This book is great conversation starter and bedside companion.

Here are the five best events to get you hot and bothered with or without a date going down in Charlotte and the surrounding area today, February 10, 2010 — as selected by the folks at Creative Loafing.

There isn't much the Japanese aren't ahead of us in. So, I'm not surprised by this sex toy called the Tenga Egg

Coffee is supposed to wake you up.

Now there's a new java drink that can steam up your sex life. It's called Magic Power Coffee.

The company's website says that this is a love potion that works.

Magic Power Coffee is the world’s first “aphrodisiac coffee”. Increase the sensation and the satisfaction of your love making, every time. All Natural - Magical Ingredients:

So, can a cup of coffee spice up your evening activities?

The taste of the coffee is all right. If you're into instant coffee, you will love it. I prefer brewed java. What's great about this stuff is that even though you know there is more than just instant coffee in it, you don't taste it--unlike herbal tea.

It's worth a try. This weekend, I plan to let him in on the secret and try the sex again.

I came to work today.

And I mean it just as it sounds. 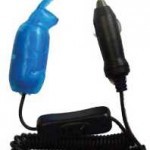 I was halfway out of the parking lot before I had orgasm No. 1.

I can't wait to take this on the highway!

The cyber beef between The Frisky and Cosmo is funny and oh so wrong.

Take the Frisky slap at Cosmo about celebrated sex positions that men hate. I know for a fact that I was introduced to one of these positions by a man, so I doubt that he was considered when they wrote this article.

With that being said, here’s a look at some common sex positions that men don’t necessarily appreciate in the way that sex columnists tend to indicate that we do.

1. Reverse cowgirl. This particular position is endorsed ad infinitum in issues of magazines like Cosmopolitan dating back to roughly the 1400s, before sex even existed. The woman is on top and is facing away from the man. Magazines are quick to point out that this gives the guy a view of your ass.

The thing is, though, most men would rather be looking at the front of you, and this particular position greatly improves the chances of women suddenly sitting on our penises. This position is like walking a sexual tightrope. Don’t be surprised if you look back and see us praying.

2. Standing against a wall. It’s basically doggy style, only you’re both standing. This creates considerable embarrassment for the man if he’s not very tall, or even if he’s about the same height as the woman. There’s also not a lot of thrusting room. We’ll be pining for an actual bed in no time. Besides, if you’re over at our place, we really don’t want you to see how completely filthy the walls are—not filthy in a sexy way, filthy more in an “Oh God, I hope I don’t contract lockjaw” way.

3. Knees over the head. Another big Cosmo suggestion, for flexible women, is the knees-over-the-head position. Basically, the woman is in an extended crunch while the man tries to hold his balance and smells the woman’s feet. Needless to say, it’s not a great position after a long night of dancing, drinking, or both. Despite what the magazines say, the “enhanced pressure” doesn’t make any difference to dudes. It’s basically missionary position with gymnastics. Not so much sexy as confusing.

4. Sex on furniture. Generally speaking, any sexual position that incorporates furniture other than a bed can become a problem easily. Heavyset guys will traumatically remember scenes of Chris Farley bursting through a table on “Saturday Night Live,” and the thinner guys will worry about splinters or accidentally tipping over, no matter who’s on top or in front or leaning back or whatever. Furniture just seems to get in the way for guys. Though we won’t refuse sex when you’re standing on a chair or balancing on a glass table, we’ll be anxious the whole time, both about breaking you, breaking ourselves and breaking that damn IKEA furniture that we just assembled last week.

Drinking too much beer leads to two things (at times) sex with ugly people and unprotected sex.

Not ready to take that pole dancing class to add some spice to your life or to get a unique workout?

Then you should try belly dancing. But if you're not sure that you'll keep up with it, then check it out for free.