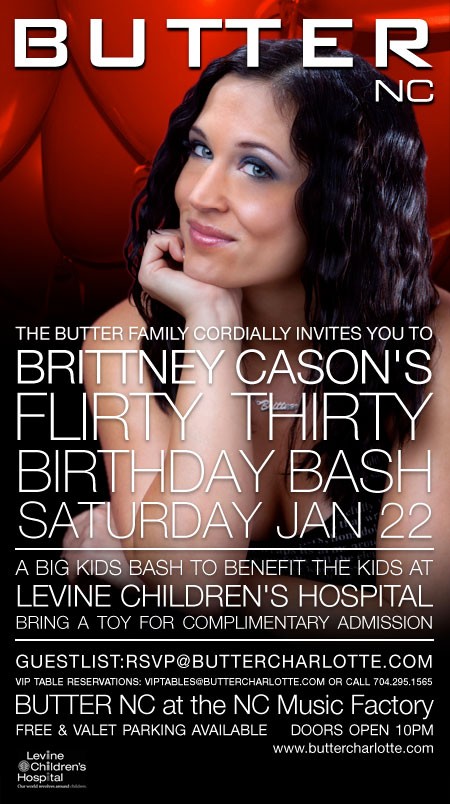 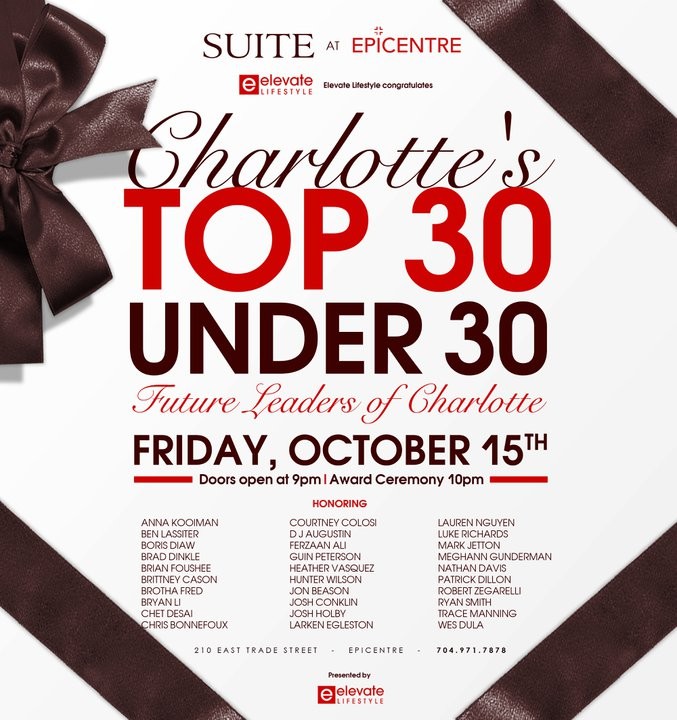 As a nightlife writer, I have spent a lot of time in front of the bar... but I've never really spent any time behind it. My resume has everything from teacher to TV to Disney intern to an arcade manager, but I have never bartended in my life, and I never took Mixology 101 in college.

My friend, DJ Jazzy Jimmy, always texts me asking me to do random shit — such as judge the Snook-a-like contest and host a Sex and the City party — has asked me to guest bartend.

I signed up to publicly humiliate myself because I saw it as a way to raise money for Mike Minter's I Am a Foot Soldier camps, and I will use all tips I earn to sponsor kids for either his football camp or my dance camp!

So in risk of sounding like a mass text I get every weekend ... After Alive After Five tonight come see me at Whisky River slinging bottles for kids and bartending for charity. There is something about that that just doesn't sound right ... but you know what I mean.

... And come to this event where ALL proceeds (not just a portion, but all) benefit the American Heart Association. 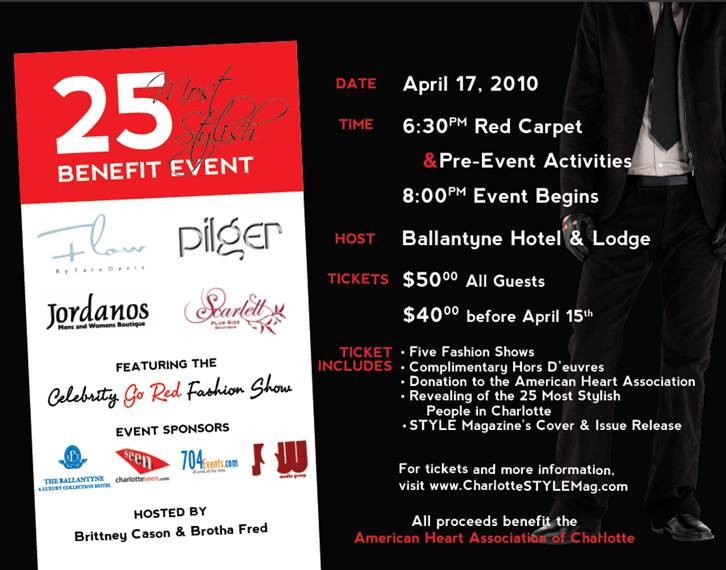 The 25 Most Stylish People of Charlotte will be honored, including Mike Minter and WaxMamas Brooke Gibson - I clearly was not amoung them. But they are having me host, along with Brittney After Dark He Said writer (not to mention local radio and TV host) Brotha Fred

Saving the world, one fabulously fun and fashionable event at a time ...

Want to hear me talk about sex, and my philosophy on the state of the date? No, I'm not doing stand-up comedy...

Well if not don't worry, there will be a whole panel of people talking about it as well, at Love, Hope, Sex and Dreams: The New Rules for Dating and Relating in the New Decade.

I am giving away 2 pair of passes ... First two people to e-mail me at brittney.cason@creativeloafing.com wins them

Cool Kids Collective are a collection of cool kids with instruments that know how to make good music. And they're coming to Whisky River tomorrow for an April Fool's Party. Seriously. Not fooling. There's even a poster, as proof ... 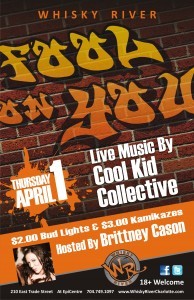 To be honest with you, I am not going to put my name on something unless it is going to be a good time. Because if it's not fun, well then I don't want to be there either.

Because this is a blog and not a public posting of my schedule, I am going to go ahead and just knock out what other events I'm involved with this month ... 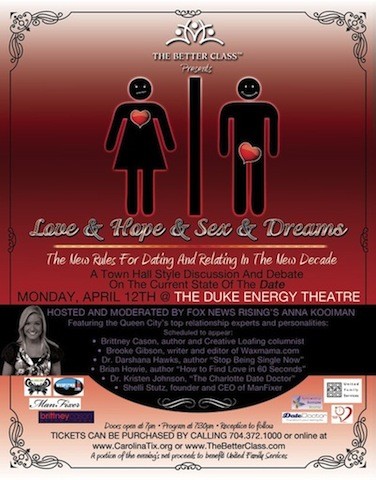 And I'm a commentator for this ... 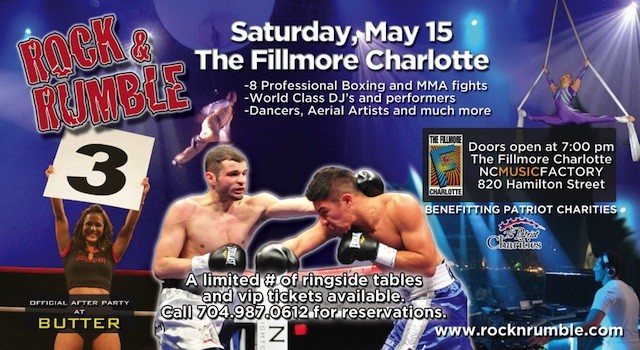 Oh, and one more thing ... I am giving away 100 VIP Passes to the remaining home regular season Bobcats games, via my Twitter. Follow to find out how to get in on that action.

I may have hosted the Miss Lake Norman pageant, but don't get me wrong... I am by no means, a beauty queen.

As a baby, my face was essentially nothing but fat cheeks with dimples, which apparently was adorable by southwestern Virginia standards because everyone talked my mom into entering me in the county fair's baby beauty contest, and next thing I know I am little Miss Rockingham County… up until the point I started walking. My mom put me in a dress and took me back to the county fair, but rather than lining up on stage with the other prositots, I ran off and dove into the pig’s pen at the livestock exhibit near the stage and started splashing in the mud, in my dress. I obviously have no recollection of this, I was just told this story by everyone in my hometown. Apparently, I haven’t changed a bit …

Needless to say, I never entered a pageant again. But I was recently bequeathed a crown ... a crown that dons me the most prestigious of party titles, an honor for which I will hold in the highest regard ... I am the first ever Miss Tailgate for the National Tailgating League — hereby pronounced Queen of Tailgating. A role that I promise to fulfill with the grace and poise of a queen ... and a damn good cornhole player.

I will be traveling with the National Tailgating League to races and games to emcee the Cornhole Tournaments and host the party. You see, The NTL isn't just a Cornhole Tournament ... it's a freaking tailgate. They have the Budweiser Porta-Party, which at Bristol will be a sports bar in the middle of Earhart Campgrounds. But you should sign up for the tournament because you win money. And I don't know about you, but I like winning money. Sign up here

The show Fast Track to Fame, the new high-octane talent show on SPEED where performers

can zoom from ‘nobody’ to star in 60 minutes, will also be at Bristol. And much like I did for America's Got Talent ... I am helping them find talent. See how you can audition here ... and I'll see you in Bristol.

I would like to thank Charlotte nightlife for coincidentally and conveniently opening clubs on my birthday. My first year here, it was Forum. Last year, it was Strike City … this year, Butter. I guess this means we share a birthday. They’re even talking about Butter NC in N.Y.C., on Page 6 of the New York Post.

But before I went to do the Land-o-Lake shake at Butter, I went to NASCAR night at the arena. That’s right… I had a birthday party at a Bobcats game! It’s even cooler than Chuck-e-Cheese, and without the two-beer limit. You can read about how one even has a birthday party in the arena and see the photo gallery on the Bobcats Break blog.

In spirit of Election Day I have decided to elect my favorite nightlife spot in Charlotte. The votes have been tallied, and I have come to a unanimous decision (with myself) that my favorite place to go for a night out is ... (drum roll please) ... The Time Cable Warner Arena.

Not only have I seen concerts from Kanye West to Taylor Swift there (no, not together - or else he probably would've stolen the mic out of her hand), but the Bobcats season opener was last weekend against the N.Y. Knicks. So you know what that means ... we have 30 some odd parties, er, I mean ... games to go to. 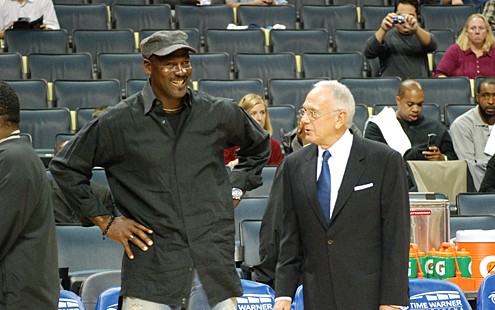 But let's just say I didn't mind that the Knicks game went into double overtime, for the win ... because I got to stay at the arena longer – they even have a post game party in their Front Court Bar.

In fact, I like going to the games so much that the Bobcats have noticed and started publishing my blogs on their site. See …

Check out Bobcats Break for behind the scenes, and in the stands reports from the dome of nightlife that is the arena.