A Death In The Family

Charlotte music scene loses one of its own 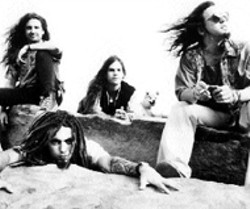 * We regret to report that longtime local musician Boo Duckworth died last week. At press time, it was reported that he passed away in his sleep. Boo, who was 35, was the drummer and founding member of Animal Bag, a group that toured nationally and was signed to Polygram Records at one time. More recently, he had played with Gideon Smith & The Dixie Damned. The group was planning to record their second album soon and tour Europe this fall, but with Boo's unexpected passing, all plans have been postponed. Smith says Boo was a golden soul with a huge heart and boundless compassion, and he and the band are completely devastated. "His loss is irreplaceable and our hearts go out to his many friends and family. We will always miss him," says Smith. We all certainly will.

* The Evening Muse has started hosting a new regular gig each Tuesday. "Jazz Jam Tuesdays" will feature the trio of John Spurrier (drums), John Shaughnessy (bass) and Chris Jones (guitar). Any jazz players interested in sitting in with the band can talk to one of the Trio and they'll invite them up to play a tune or two. The Jazz Jam will take place each week except on the first Tuesday of each month, which is when the Tosco House Party is held. Jazz Jam Tuesdays will also feature $1 drafts. For more details, check out www.theeveningmuse.com.

* Local singer/songwriters Dave Holtzclaw and Steve Simpson made the cut to play at the highly regarded Bluebird Cafe in Nashville, TN. Holtzclaw performed at one of the Sunday Writers Night sessions last month and Simpson is scheduled to perform on June 30. Holtzclaw was excited to have the opportunity to play at the club and said the audition process, which consisted of a total of 60 seconds, was highly intimidating. He does, however, look forward to returning in the near future. For more details on the club's Writers Nights and more, check out www.bluebirdcafe.com.

* The recently reunited blakrayn is presenting a free concert at 8pm on Saturday, June 15 for fans and friends at their practice space, which they dub "The Soul Shack" (located at 2634 Shenandoah Avenue). They'll be playing all new and original material at the show. It'll also feature new members Abdul Kaliq, Rich Figeuroa and MC Supastition. The show will take place outdoors and you must show a picture ID to enter. The band's first club appearance will be the following week, on June 21 at the Evening Muse. For more info, check out www.blakrayn.com.

* Candlewyck is currently in the studio working on the follow-up to their self-titled debut. Recent sessions have included guest musicians T. Lavitz (Dixie Dregs, Widespread Panic), Rob Ickes (Blue Highway) and Tim Cashion (Grand Funk Railroad, Bob Seger). The project will feature all original material and is being recorded at the Sound Farm with producer Art Bordeaux. The album is slated for a release later this year on Votive Records. For more info, visit www.votiverecords.com

* Photographer Daniel Coston is keeping busy these days. Recently, he landed a deal with the promotions company for the Down From the Mountain Tour, which will be using his photos as part of their press material. Coston shot the tour earlier this year when it made a stop in Spartanburg, SC. You can check some of those pictures out at www.downfromthemountain.com. One of the fellas from the tour, Ralph Stanley, has also used some of Coston's photos in his new songbook.

Coston has also worked with Guided By Voices, who will be using his photos as part of their press material and in their artwork for their new album. Spin has also used material from Coston recently, and People just used a photo Coston had taken of Caitlin Cary.

* Lee McCorkle of Leisure McCorkle fame has returned to Charlotte and is working on a new CD with Jamie Hoover. The entire band is back together (Gary, Grainger and Big Mike) and the name of the disc will be Intergalactic Bourgeois Music for the Proletariat Jet Set Baby. Now that's a mouthful!

* Hootie & The Blowfish guitarist Mark Bryan will be joining Cowboy Mouth on stage for two of the band's upcoming shows in June. As it just so happens, one of the shows is June 21 at Dixie's Tavern. Bryan will be filling in for Cowboy Mouth's lead guitarist John Thomas Griffith.

* Guitarist Mark Sullivan has released three new CDs: Live At Cafe Bisous, A Lot Of Noise With One Guitar and Live At Crawford's. The discs are available at Sullivan's website at http://mark_sullivan.home.att.net. There's also a link to Sullivan's site at MP3.com from the site as well. To celebrate the releases, Sullivan is hosting a house concert on Friday, June 21. For directions or more details, either check out the website or contact Sullivan at (704) 567-6766 or (e-mail) dovell-sullivan@worldnet.att.net. *