Appetite For Destruction | Features | Creative Loafing Charlotte
Switch to the mobile version of this page. 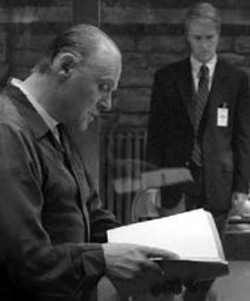 There were plenty of better movies to come out of the 1980s than Manhunter, but that well-crafted 1986 thriller -- the first movie to bring Hannibal Lecter and his monstrous appetite to the big screen -- does have the distinction of featuring not one but two sequences that still remain branded on my mind after all these years. The first one involved a flaming wheelchair; the second featured spectacular use of Iron Butterfly's "In-A-Gadda-Da-Vida."

In Red Dragon, a screen adaptation (like Manhunter) of Thomas Harris' novel of the same name, the "hot wheels" remain; the song does not. Yet while that wheelchair is presented in the same situation, the way the sequence is filmed this time is straightforward and borderline clumsy, revealing none of the imagination that made the Manhunter moment such a startling, sick kick.

Then again, that right there pretty much sums up the key difference between the Harris tale then and the Harris tale now. Manhunter was directed by Michael Mann, a master visualist whose works (including The Last of the Mohicans and The Insider) almost always shimmer with tasteful artistry. Red Dragon, on the other hand, is helmed by Brett Ratner, a more commercially mindful filmmaker whose past efforts (the Rush Hour pair, The Family Man) have exposed him as a vanilla brand of director, the sort who churns out product without bothering to give it his own distinct stamp. Therefore, that Manhunter should remain a better movie than the new version should come as a surprise to no one.

And yet, the contest is a lot closer than it would appear at first glance. In its own right, Red Dragon is an accomplished thriller, and part of its success is due to the fact that Ratner (who, it must be noted, does a perfectly serviceable job) is surrounded by plenty of prime-cut talent. Ted Tally, who won an Oscar for adapting The Silence of the Lambs, has been brought back to pen what's in essence a prequel to the excellent Lambs and the execrable Hannibal. Danny Elfman, one of today's best composers, signed on to provide a suitable score. Dante Spinotti, Mann's regular cinematographer (yes, he also did Manhunter), was hired to provide the visuals. And that cast! Anthony Hopkins, Edward Norton, Ralph Fiennes, Harvey Keitel, Emily Watson, Mary-Louise Parker, Philip Seymour Hoffman -- had the disaster flick not flamed out during the 70s, this is doubtless the sort of gathering we'd see in the service of the latest yarn involving a crippled aircraft or a capsized ship. Instead, we find them in an above-average genre film that makes adequate use of their particular skills.

Hopkins, of course, is the star attraction here, essaying for the third time the role that earned him an Oscar, made him an instantly recognizable movie star, and paved the way for a mid-life comeback after the early part of his career had basically found him treading water in mostly sub-par films (sadly, more recent times have found him submerging his integrity and emerging as the new Michael Caine, agreeing to whatever smelly diaper of a script is waved before him). Reliable character actor Brian Cox played Dr. Lecter in Manhunter, and he was brilliant; still, there's no disputing that Hopkins took this plum role and instantly made it his own. He still knows how to approach the part, but as was the case in Hannibal, the character has by now become such a recognizable pop culture icon that much of his menace has been stripped. That's not to say, though, that there still isn't much pleasure to be obtained from watching him play mental games with those around him.

As Red Dragon opens, we see exactly how "Hannibal the Cannibal" ended up in that cell that has become as familiar a setting as Archie Bunker's living room or Hawkeye Pierce's tent. He's put there by bright young FBI agent Will Graham (Norton), who retires from the department after his close encounter with the gruesome gourmet leaves him scarred both physically and mentally. Yet Graham's peaceful new lifestyle with his wife (Parker) and son (Tyler Patrick Jones) is interrupted when his bureau pal (Keitel) suddenly shows up requesting Graham's help in tracking down a particularly nasty serial killer who's been carving up entire families. Tagged The Tooth Fairy by a sleazy tabloid reporter (Hoffman), this psycho is actually Francis Dolarhyde (Fiennes), a video lab supervisor whose childhood abuse at the hands of his grandmother, coupled with an obsession with William Blake's illustrated works, has turned him into a particularly nasty killer. Despite unexpectedly receiving the love of a blind co-worker (Watson) who doesn't detect the beast within, Dolarhyde looks to continue his murderous ways, making it imperative that Graham crack the case soon. To do so, however, he's forced to seek advice from his old nemesis, the unflappable Hannibal.

With Hannibal the marquee draw, I'm almost surprised the filmmakers didn't find some way to maximize his screen time, perhaps concocting some judicial loophole that would spring him from his cell and allow him to escort Graham on his investigations like some carnivorous Boy Wonder. Instead, Hopkins' contribution is largely a supporting one, just one example that this film thankfully has more in common with Silence's intelligence than Hannibal's excesses. Red Dragon hasn't been designed to merely function as a one-man-show for a grandstanding Hopkins -- on the contrary, Lecter serves the story, not the other way around. Hopkins' scenes opposite Norton reverberate with an unsettling intensity, yet equally memorable are the interludes between Dolarhyde and his sightless sweetheart. All of the performances in this sharp thriller are commendable -- Norton's quiet desperation makes us forget that he seems too young for the role -- yet Fiennes and Watson are especially noteworthy, bringing a palpable sense of internal damage to both their individual and joint scenes.

As for Hopkins, he's still enjoyable to watch (if not as sinister as before), yet even he should concede at this point that enough is enough. Hannibal Lecter has had a good theatrical run over the past decade-plus, but any more reprises and the good doctor will likely find himself slumming with the buffoonish likes of Jason Voorhees and Freddy Krueger.