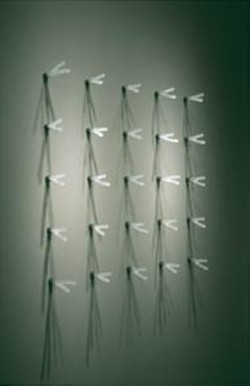 Chamber Music of Charlotte Concert A repertoire of musical selections that showcase the style and moods reflected in the paintings in The Dalton Collection. Sun., March 6, 3-4:30 p.m. Free, after museum admission. Mint Museum of Art, 2730 Randolph Rd. 704-337-2000.

The Charlotte Concert Band The program, March Madness, will include marches from movies, Broadway and around the world. Proceeds will raise operating funds for next season. Sun., March 6, 3 p.m. $10. Dana Auditorium, Queens University. 704-337-2290.

Charlotte Museum of History Our Changing Landscape: Early Views of People and Place in the Carolina Piedmont. An exhibition that illustrates and interprets the changes in the Carolina Piedmont landscape. Feb. 24-May 25. Stitched from the Soul. The Farmer-James collection of African American quilts. Feb. 24-March 25. 3500 Shamrock Dr. 704-568-1774.

Discovery Place If These Walls Could Talk. The exhibit investigates the science and history of the structures that human create. Feb. 24-May 31. IMAX Dome. Now showing Roar: Lions of the Kalahari, Bugs! A Rainforest Adventure and Forces of Nature. www.discoveryplace.org. 301 N. Tryon St. 704-372-6261.