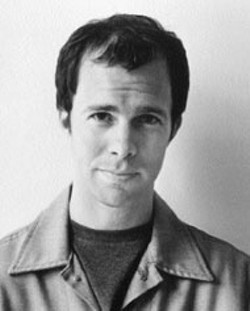 There's no crime in being heard, as long as you don't make too many concessions.

No, not at all. But people pull this party line, like the masses don't deserve it or as soon as everyone gets hold of it, it'll all be a big Pepsi commercial song. But I've always wanted to hear that, and I've always wanted to make leaps and stretches to make that happen, and I have to say it almost never works. When I started this album, I was trying to take my songwriting and my ideals and things I wanted to hear and I wanted to filter them through the eyes and ears of a pop music guy. . .a slick producer. To make it so it was something that everyone could listen to.

"Rockin' The Suburbs" is a bit of an ironic hit, taking on the radio climate of today. Is it your take that the only way to really be subversive is to get inside something?

People are kind of trained to hear songs written from a perspective of strength and a kind of know-it-all stance. There's always some kind of strength. Just to drop your guard and say "fuck, I don't know what's up" or "I screwed up and it's not good. . .it makes me weak" is not a popular point of view to take in a song, because it doesn't sell the artist and it doesn't make people feel great about themselves all the time. But I prefer sometimes to write from that point of view because I think it's real.

Do you think the humorous aspect of your songs gets too much play in the media? To me, those same songs contain a lot of melancholy and feeling, sometimes more than the "serious" numbers.

Oh, yeah yeah yeah. There's some people that are like "this guy just can't be serious for a second," that kind of vibe.

It's certainly the way a lot of people deal with issues.

Well, that's the way I see it. And that's the way I guess the people that buy into the records and listen to them see it. There's a lot of comedians [who are] into my music. It's a weird thing. . .there's so many stand-up comedians, like famous ones, that come out to gigs. I think it's because they can relate to the humor, but they don't just see the humor. That's the way they communicate. So they're seeing the melancholic side as well. And a lot of people just see things that way. It's like the "laughing at funerals" kind of vibe, it's not funny, it's just that some people do that. Some people make a joke to get out of a pinch. Or they make a joke because they want to avoid the other emotion. But a lot of times the tension that you have as you watch someone try to joke their way out of depression, it speaks more for the depression then if you just said "I was depressed." So I'm OK with that, but it doesn't hit everyone like that. I just wish that the people it didn't hit like that would just shut up. It's true! I've heard it so much: "You just caaan't be serious." You know, I just want to tell them, "You just caaan't shut your mouth." It's just if you don't understand something or if you don't like it, that's fine, just go on to Staind or whatever it is you listen to.