Movies explore America in all its complexity 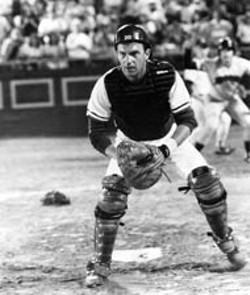 Race Relations Michael Mann's screen version of The Last of the Mohicans (1992) is a movie of many great moments, yet one of my favorite scenes is its most subtle. As British officers try to strong-arm the American settlers into joining their fight against the French, a few of the colonials grow tired of the gabbing and join their Native American friends in a spirited ball game not unlike soccer. It's a touching scene, quietly suggesting a future co-existence that tragically never occurred.

"It is like writing history with lightning" is how President Woodrow Wilson described D.W. Griffith's landmark motion picture The Birth of a Nation (1915). What he failed to mention was that it was also written with the poison pen of racial intolerance. In this film, the members of the Ku Klux Klan are portrayed as heroes, coming forth to defend the post-Civil War South from rampaging blacks (mostly played by white actors in dark blackface). Manipulated by Northern whites (but of course), the blacks pass their time molesting white women and raising hell in the halls of justice, where, in one astonishing scene, they're shown lounging in the congressional seats, picking their toes and tossing gnawed chicken bones at each other! Ninety years later, the movie continues to incite arguments, with many praising the film for its revolutionary technical innovations while others condemn it for its offensive content.

Rural America It used to be that nothing represented the heart and soul of this country more than the common country folk who lived on their humble farms far away from the clamor and commotion of the big city. This vision of idyllic Americana can be seen in one of the most beloved movies of all time, 1939's The Wizard of Oz. Farm girl Dorothy (Judy Garland) endures all sorts of fantastic experiences, yet her mantra turns out to be, "There's no place like home."

For the better part of the past three decades, however, rural America has become a place in which evil springs up like wildflower. Occasional comedies like Doc Hollywood (1991) and Sweet Home Alabama (2002) still depict small-town America as a friendly place full of quirky yet harmless simpletons, yet the common vision is better exemplified by The Texas Chainsaw Massacre (1974), a blood-curdling horror yarn in which in-bred, cannibalistic country folk discover that city folk can be finger-lickin' good. Cut off from modern civilization, these backwater burgs, most so remote that indoor plumbing remains an innovative concept (let alone such new-fangled contraptions as telephones and TV), can be seen in all manner of terror tales, from such 70s cult items as The Hills Have Eyes (1977) to more recent fare like House of 1000 Corpses (2003) and the House of Wax remake (2005).

War How can we Americans best celebrate our freedoms? Well, watching American actors pretending to stick it to the Nazis is always a good starting point. Nothing brings out the patriot as efficiently as an exciting World War II yarn. Who doesn't thrill seeing Steve McQueen attempt to jump that barbed wire fence in The Great Escape (1963), watching Clint Eastwood silently eliminate German sentries in Where Eagles Dare (1968), or even checking out a gang of murderers and thieves blow away the enemy in The Dirty Dozen (1967)? Heck, it's a rush watching even The Three Stooges take on the Nazis in shorts like You Nazty Spy (1940) and Back from the Front (1943).

Only in the movies can it be declared that "War Is Swell"; in reality, nothing could be farther from the truth. Anti-war sentiments have long existed in Hollywood, but it wasn't until the string of Vietnam War flicks in the 70s and 80s that Americans primarily began to use the medium to focus on the insanity and senselessness of conflict. Stanley Kubrick's brilliant Full Metal Jacket (1987) is especially potent, in that it demonstrates how the dehumanization of young American boys starts while the lads are still on US soil, being trained stateside in the fine art of death and destruction.

Politics Younger readers may find this difficult to believe, but there once was a time when the mainstream press was a proud institution, full of people who took their jobs as moral watchdogs seriously and who did their best to insure the bad guys wouldn't get away with their assorted crimes. All the President's Men (1976) depicts the American media during arguably its finest hour, when two of its brash reporters, Washington Post journalists Bob Woodward (Robert Redford) and Carl Bernstein (Dustin Hoffman), stuck to their guns despite testy opposition and eventually blew open the Watergate scandal that toppled a presidency. This expertly mounted film has long been acknowledged as a classic political thriller, but watching it in today's climate, when a timid and ineffectual media is only too willing to serve as the complacent whipping boy for an insidious administration, reveals its newfound value as a time capsule piece as well.