In a rehearsal space, no one can hear you scream 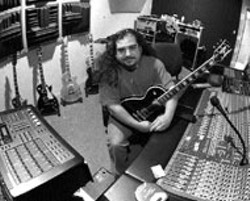 Music is known for bringing people together on many different levels, both joyous (your typical concert) and sad (the death of John Lennon). But in some rare instances, all it takes is an actual structure or place to unite people. In the early 90s, there was a building located on North Tryon Street that, for a period of time, became a haven for local musicians. It was deemed "Rehearsalot," and the building provided bands with a real facility and some place other than mom's basement where they could rehearse. Dozens of bands paid rent each month in order to have a place to practice, and some of the members even called the space home.

"I built bunks in the room my band used," confesses former God's Water drummer Jeff Hale, who lived at the facility for a little more than a year. "Some of the other guys who stayed there were fortunate enough to have a separate bedroom from their practice space," he laughs.

Along with God's Water, bands like It Could Be Nothing, Animal Bag, Kudzu Ganja and Candy Pig practiced at the former office space that had been converted to rehearsal space. "It was a great place, and there was always kind of an open door policy -- you could just walk around and take a listen to what all the other bands were doing," Hale remembers.

Rehearsalot undoubtedly helped create a scene which in turn benefited most of its tenants. Of course, as with most good things which inevitably come to an end, the property owners eventually gave the bands the proverbial boot and Rehearsalot was no more.

Fortunately, just down the road on Graham Street, a fella by the name of Eddie Z opened another rehearsal facility, The Playroom, in 1993. As time passed, Eddie Z's vision continued to grow, and in May 2000, he purchased a building on Tuckaseegee Road where, months later, he reopened The Playroom, a facility he dubs an amusement park for musicians. Nearly a year later, he boasts a 98 percent occupancy, and the waiting list continues to grow.

For most bands, there aren't always many options when it comes to rehearsal space. Some have resorted to using storage rental facilities, but as was the case for one Charlotte band, using a storage facility for practice space eventually cost them well into the thousands.

Clyde Covington of the Bel Air Saints explains, "We went through this whole run of bad luck. First, we had every piece of equipment we owned stolen from the storage place we were using. We rented a new place and within the very first week, the cops showed up and we were given an official warning for noise violation.

"We had every intention of trying to find a new place, but unfortunately we didn't move out of there soon enough. The very last time we were in there that month, the cops were called again, which resulted in a $500 fine."

In an odd twist of fate, the same day the band was issued the fine, another band was being evicted from The Playroom for breaking the no-smoking policy (which Eddie enforces for insurance purposes). "We had always kept in touch with Eddie to see if he'd had any openings because the place is in such high demand," says Covington. "As it turns out, the very same day we got the citation, he had to let one of the bands go, so we got the spot. The Playroom is exactly where we need to be. It's a nice social click, plus it's absolutely safe. We can crank it up as loud as we want and we don't have to worry about people taking our stuff because everyone there has the same concerns that we do."

Security is a huge concern at The Playroom. Surveillance cameras, which Eddie can monitor from his office as well as his home, are virtually located everywhere throughout the building. Aside from double locks on the front door as well as one on each of the 18 rooms to help deter burglars, there's no conspicuous sign outside the facility and practice hours are limited to 5pm-1am Monday-Friday and 12noon-1am Saturday and Sunday.

Walking through the building, it's easy to see how friendships as well as business relationships are made at such a place. There are endless stories of how bands will help one another by lending equipment, filling in for a sick or injured player or simply trading shows out, often outside during smoke breaks. For the most part, everyone has nothing but admiration for the acts they may hear while walking through the halls. Everyone just seems to connect on a basic level. Maybe it's because they're all there for the same reason: to make their music better. Aside from the social and security reasons, most bands will agree that it's paramount to have an isolated (and insulated) space available for practice.

Jay Garrigan certainly feels that way: His band Poprocket practices at another facility in town called The Music Factory Complex. Located in Southend, the Complex allows its tenants round the clock, unlimited access. "I feel extremely self-conscious when I sing or play music in my apartment," states Garrigan. "I can write a song in my apartment, but I can't really let loose and sing there. I like to sing without having the neighbors jumping up and down on my ceiling; you can't really pull off a Hendrix or Thurston Moore in an apartment without being evicted. So for me, [the Complex] is a place where I can sing as loud and long as I want to and be as creative as I need to.

"Poprocket likes to rock loudly," Garrigan continues. "A band should practice at the same volume of their live performance. You have to know how certain frequencies and volumes affect the other instruments. Hell, a band just has to learn how to interact with each other and listen to one another, and the practice space gives us a place to screw up and fix things. It gives us time to experiment and work a better live and loud rock show."

Bobby Gillespie from Memphis Quick 50, who practices at the same facility, agrees. "The clinching factor for us was that we could practice at any hour of the day, at any decibel-level. We had been annoying our neighbors for some time.

"The experience has been great for us," he continues. "We put in some couches and fridges and hung chili-pepper Christmas lights. Some of us hang out there even when we aren't practicing because we've turned it into a nice little hangout. Our 'signature' tune, if you could call it that, is called 'Ten Inch Taco.' So we've dubbed our practice space 'The Taco Stand.'"