Pastor Responds to "America the Theocracy" 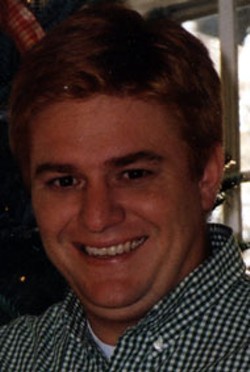 I am a pastor, a Presbyterian pastor. Theologically speaking, I am a traditional pastor, which means I hold such beliefs as trusting in the Bible to tell us true things and faith in Jesus of Nazareth as the central element for true life. But I am also a newsreader, a Creative Loafing newsreader. I open the pages of Creative Loafing expecting to read a different take, to learn from good and corrective journalism. That's why I read it every week; that's why our church advertises with them. The March 24 edition started off the way I expected; Tara Servatius wrote an article on a journalist who ignored facts for the sake of a juicy story. Servatius wrote: "...Creative Loafing is still trying to figure out if the story...was a poorly thought-out hit piece, or an example of what can result when really sloppy reporting and really bad detective work collide." Another Servatius article, another achievement chalked up for alternative news.

Then came the lead article entitled "America the Theocracy" by John Sugg. As a pastor familiar with the subject, I turned to the article with considerable interest.

I became disappointed and frustrated, however, when I realized how this article was eviscerated by the omission of salient information and burdened by the admission of spurious facts. I was first struck by the lack of proper distinctions being made and the misleading juxtaposition of statements, names, and ideas. Frankly, I found myself feeling like Servatius: trying to figure out if it was a poorly thought-out hit piece, or an example of what can result from sloppy reporting and really bad detective work.

First let me say what I am not doing:

I am not agreeing with Christian Reconstructionism. In fact, I whole-heartedly disagree. Though my fellow Calvinists and I may have some similar presuppositions to our theology, we do not end up in the same place. I, like the Reconstructionists, have a view that sees Jesus as Lord over all creation. But God's creation is made up of a series of overlapping pluralistic societies. My duty as a Christian, and citizen, is to ensure justice for all. The Bible (to which I give final authority) and the US Constitution tell me so.

I am not saying that Mr. Sugg has missed the whole point. I am aware and deeply troubled with the theocratic (or theonomic) trends of Christians in this country. I am deeply concerned as a spiritual guide to God's people; and I am concerned with its effect in my own denomination -- the Presbyterian Church in America. But I am also concerned as an American citizen. Frankly from both perspectives, I am tired of the deliberate mixing of God's glory and Old Glory.

I am not lobbing grenades from the Christian Right. People who know me would laugh at the thought of me being a spokesman for such a thing.

So that's what I am not doing. Here is what I am trying to do. I want to clarify where Mr. Sugg's article was mistaken or misleading. Let me start with the easy stuff -- at least for a pastor anyway.

Mr. Sugg did not communicate the important nuances of the theological perspectives he was defining and using. Describing the theological framework theocrats used to move forward, Sugg said that they "preached the gospel of "post-millennialism,' meaning that it was Christians' job to take over the world and impose biblical rule.

I have never heard of his definition of post-millennialism. The New Schaff-Herzog Encyclopedia of Religious Knowledge has a kinder, gentler definition. "Through the Church the Gospel gradually permeates the entire world and becomes immeasurably more effective than at present." There are a slew of theologians who hold a post-millennial view and are lauded by people in all denominations: A.A. Hodge (who founded Princeton Seminary), B.B. Warfield, Jonathan Edwards; and in the early centuries of the Church, you can add Origen, Eusebius, Athansius, and Augustine. In fact, Dr. Martin Luther King Jr. would be best described as holding this view. King held that Christian life was a holistic realization of the kingdom of God wrought by our hard work and God's good grace. I would not word it as "taking over the world to impose biblical rule."

Sugg got some theological and denominational categories simply wrong. Speaking of the origins of dominion theology, Sugg wrote: "Thus was born dominion theology, sometimes dubbed covenant or kingdom theology." As a graduate of Covenant Theological Seminary, I am confident that covenant theology describes the continuity between the Old and New Testaments and God's promise of relationship to his people. It has very little to do with the Church and politics. Covenant theology frames the theology of Anglicans, Episcopalians, Methodists, Catholics, and Presbyterians.

A little closer to home, Mr. Sugg wrote: "Two conservative denominations, the Presbyterian Church in America...and the Orthodox Presbyterian Church are Reconstruction-occupied territory." This is not only untrue; it is unfair. His language puts a smudge on every church within the PCA, linking them to theocracy. Go to all the PCA churches in Charlotte or Atlanta and see for yourself. Go to the denominational seminary and find a Christian theocrat. Visit with any of the denominational officials or the denominational website. Check out the position paper written by the staff of Westminster Theological Seminary in Philadelphia against Theonomy. The PCA is not only free from the hold of theocratic philosophy; you will barely find it within its walls.

Mr. Sugg's language is uncharitable and untrue. And frankly it's bad journalism. The furthest extremes exist in the midst of any philosophy or religion, but they do not define the center -- or even the left or right of center. This happens to my homosexual friends all the time. They keep getting lumped in with the North American Man/Boy Love Association. Defining the whole by the extremes simply restricts helpful communication.

This lack of research and charity are the parts that most frustrated me as Christian pastor and a Creative Loafing reader. I have to admit that I don't know all the names that Mr. Sugg presented to us as readers. I know most of them and I certainly knew one quite well -- Francis Schaeffer. The divergence between who Mr. Sugg reported Dr. Schaeffer to be and who I knew him to be was simply too wide.

Sugg writes: "Schaeffer called for action to restore biblical principles. And he mapped out a battle campaign to ignite the movement: Stop abortions." This makes it sound like the point of the Christian Manifesto was to stop abortion. The Christian Manifesto sees the importance of ending all injustices -- in every arena from human dignity to ecology to abortion, but listen to the result of this social action. In the Manifesto Schaeffer writes: "the result would be freedom for all and especially freedom for all religion. This was the original purpose of the First Amendment." Sugg either didn't read the whole Manifesto or chose not to report it. Instead Sugg goes on to write, "Thus [out of Schaeffer] was born dominion theology, sometimes dubbed covenant or kingdom theology. From this theology comes the concept of theonomy, literally "God's law,' which advocates define as application of the 600-plus Old Testament proscriptions to today's society. Theonomy would be the law of the land in the future that the dominionists want to construct."

Now please allow me to quote the Christian Manifesto:

"We must make definite that we are in no way talking about any kind of a theocracy. Let me say that with great emphasis. Witherspoon, Jefferson, the American Founders had no idea of a theocracy. That is made plain by the First Amendment, and we must continually emphasize the fact that we are not talking about some kind, or any kind, of a theocracy...We must not confuse the Kingdom of God with our country. To say it another way: "We should not wrap Christianity in our national flag.'"

Is Schaeffer unclear about his stance on Theonomy or Theocracy? No, he is not. He may be passionate as the day is long, he may believe things like Jesus can heal all of life's ills, but he does not believe in a Christian state with God at its head. Sugg's view of Schaeffer just does not compute. And Schaeffer is his launching point for the history of Reconstructionism.

So Sugg's view on Schaeffer is incomplete and wrong. How much more is wrong? I do not know. You do not know. I am not sure if he knows. That is my problem with the article. It is not a bad topic; the real Christian Reconstructionists need to be characterized (not caricatured) and the real culture war that might ensue must be dealt with. It is not a bad topic, but it is a bad piece of journalism. Truth has been sacrificed for rhetoric.

To quote CL editor John Grooms in Tara Servatius' article, "This was a news report that was riddled with inaccuracies and omissions and is as sloppy a job of news reporting as I've seen in some time."

John Sugg responds:
Rev. Hiatt makes good points -- but many of our differences are in interpretation. For example, he offers this textbook definition of post-millennialism: "Through the Church the Gospel gradually permeates the entire world and becomes immeasurably more effective than at present." I don't dispute it. But I'd also suggest that it can be interpreted in very benevolent terms, as Rev. Hiatt suggests, or it can be used to justify a theocratic and militant church. The latter interpretation is the one embraced by dominion theology and Christian Reconstruction.

On Rev. Hiatt's statements about Francis Schaeffer, author of the Christian Manifesto, I was attempting to put into context the origins of dominion theology and Christian Reconstruction. I've read the Manifesto twice -- once when it came out in the early 1980s and again earlier this year. My conclusion now, as it was two decades ago, is that the society Schaeffer envisions is one thin on pluralism. It would be the "Christian majoritarianism" I mentioned in the article, a nation in which the litmus test for politics would be adherence to narrow religious views. The word "theocracy" doesn't play well in America (thank God!). Thus, people find euphemisms and deny what is the obvious conclusion to their arguments.

I visited numerous churches in my research, including Presbyterian Church in America and similar congregations. Two of the most prominent Presbyterian churches in the Atlanta area -- Chalcedon and Midway -- for example, are heavily influenced by Christian Reconstruction. Midway is PCA, and Chalcedon is affiliated with the Reformed Presbyterian Church in the United States (in my article I erred in stating that Chalcedon was PCA). I found Reconstruction literature available in many other congregations.

Do all of the congregations and denominations, as well as their members, march in lockstep? No way. But the concepts of post-millenialism (establishing God's kingdom on earth before Christ's Second Coming), theonomy (the application of Old Testament laws to today's society), and dominion (the right and obligation of Christians to dominate the world, by force if persuasion won't work) are found in varying degrees in many churches. The ultimate logical conclusion of those concepts is theocracy.

While we're at it, here are two corrections to my story I'd like to make: Mark Rushdoony is Christian Reconstruction founder R.J. Rushdoony's son, not his brother. And, as we have been reminded a few times by readers, Zebulon, NC, is close to Raleigh, not Charlotte.