DREAM THEATER RETURN WITH A VIEW FROM THE TOP OF THE WORLD COMING TO CHARLOTTE, NC DECEMBER 2ND! 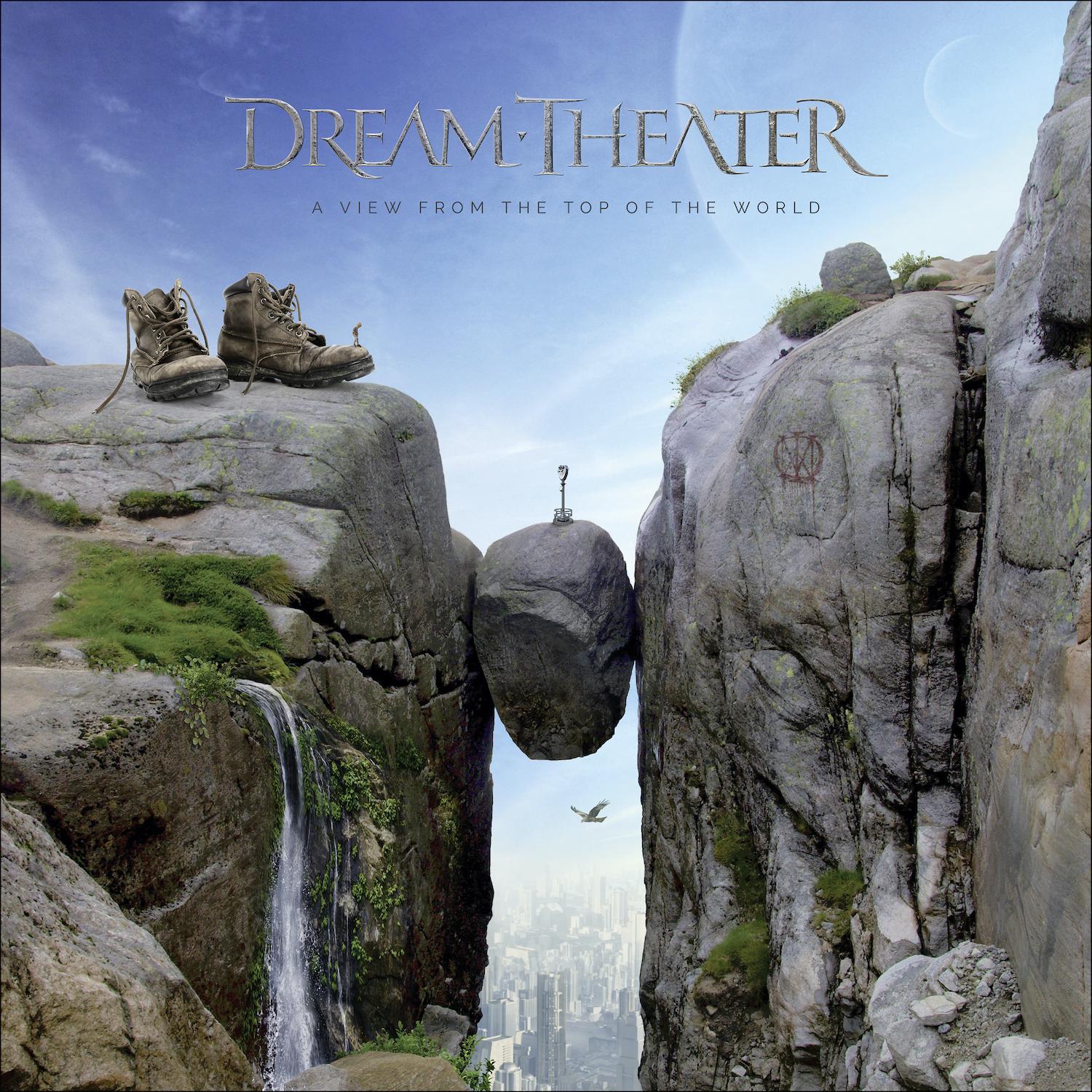 Band To Embark on Top Of The World Tour


Dream Theater – comprised of James LaBrie, John Petrucci, Jordan Rudess, John Myung and Mike Mangini - was in the middle of a sold-out world tour in support of their last release Distance Over Time and the 20th anniversary of Scenes From A Memory when a Global Pandemic brought the world to a stop. The musicians found themselves at home with LaBrie in Canada and the rest of the group in the States. As fate would have it, they’d just finished construction on DTHQ (Dream Theater Headquarters) —a combination live recording studio, rehearsal space, control room, equipment storage, and creative hive. With LaBrie in Canada, he initially wrote with the band via ZOOM on a monitor in DTHQ. In March 2021, he flew down to New York, quarantined, and recorded his vocals face-to-face with Petrucci. The album ultimately threaded together lean and uncompromising hooks with tried-and-true technical proficiency.


“We just love to play our instruments,” observes Petrucci. “That never goes away. I love to be creative, write, and exercise that part of my mind. We’ve been able to do this for a long time, and we don’t take it for granted. Whenever we get together, we know we can’t disappoint ourselves or our fans, so we manage to try even harder.”


“We approach every album like it’s our first,” adds LaBrie. “It’s been such a great ride, but we’re not going to stop.”


The track listing for A View From The Top Of The World is: 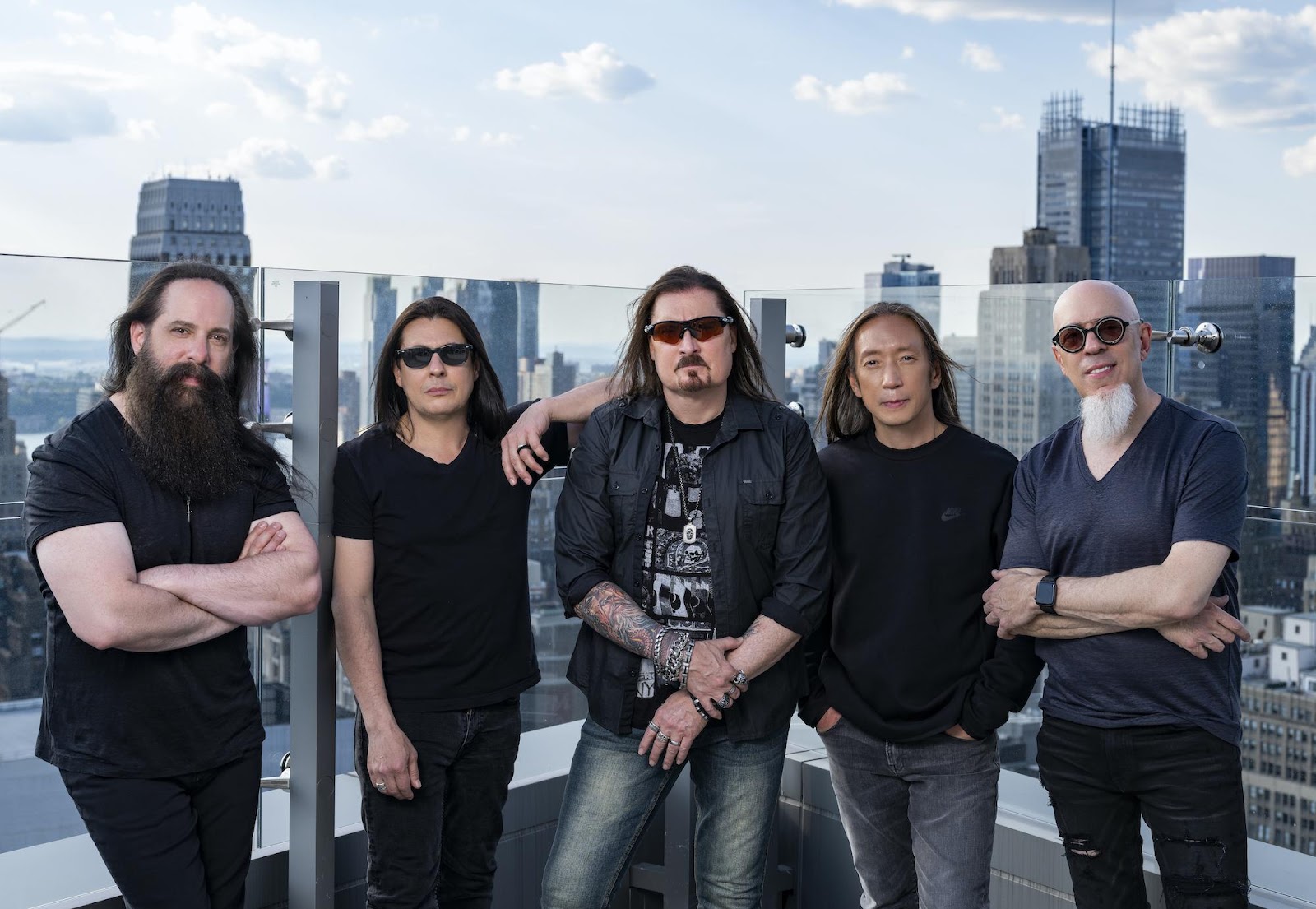 
Dream Theater is also planning to hit the road in support of the new album. The Top Of The World Tour of North America kicks off on October 28th in Mesa, AZ and runs through December 14th where it concludes in St. Petersburg, FL. The tour will make stops in Seattle, WA; Chicago, IL; Washington, DC; New York, NY and Orlando, FL among others. Information on tickets for all upcoming shows as well as VIP packages can be found at www.dreamtheater.net. 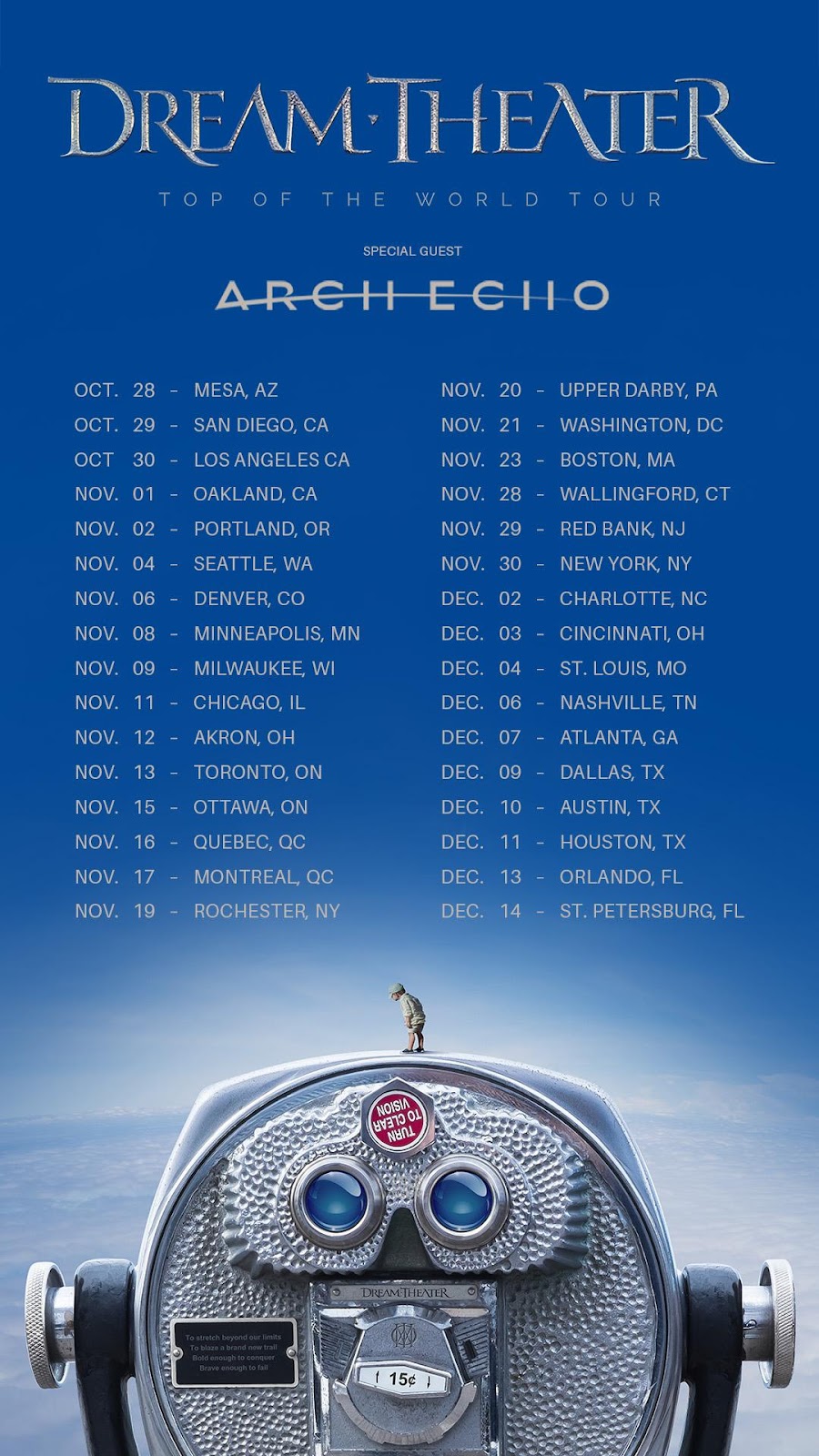 Progressive metal pioneers Dream Theater— James LaBrie (Vocals), John Petrucci (Guitars), Jordan Rudess (Keyboards), John Myung (Bass), and Mike Mangini (Drums) — share a unique bond with one of the most passionate fan bases around the globe as evidenced by their two GRAMMY® Award nominations and 15 million records sold worldwide. The 1992 opus Images & Words received a gold certification and landed on Rolling Stone’s coveted “100 Greatest Metal Albums of All-Time.” Guitar World placed the follow-up Awake at #1 on “Superunknown: 50 Iconic Albums That Defined 1994.” 1996’s A Change of Seasons notably soundtracked NBC’s coverage of Downhill Skiing at the 2002 Winter Olympics. Fans voted the 1999 Metropolis Pt. 2: Scenes from a Memory the “Number One All-Time Progressive Rock Album” in a 2012 Rolling Stone poll. Not to mention, it ranked as the “15th Greatest Concept Album” by Classic Rock. 2009 saw Black Clouds & Silver Linings crash the Billboard Top 200 at #6 as A Dramatic Turn of Events [2011] and Dream Theater [2013] maintained a three-peat in the chart’s Top 10. Consequence of Sound dubbed 2016’s The Astonishing, “An absolutely unique experience.” Beyond three platinum and two gold videos, the group was inducted into the Long Island Music Hall of Fame in 2010. In 2019, the band continued to expand its audience when they released Distance Over Time to critical and commercial acclaim. On their 15th full-length and second studio release for InsideOutMusic / Sony Music, A View From The Top Of The World the band continue to challenge themselves and push their musical envelope – something they have done for over 30-years performing together.


InsideOutMusic is the leading label worldwide for progressive music and is part of the Century Media Label Group, a division of Sony Music.


Dream Theater is an American progressive metal band formed in 1985 by John Petrucci, John Myung and Mike Portnoy while they attended Berklee College of Music in Boston. Dream Theater celebrated the 25th Anniversary of the classic album Images and Words in 2017. Now, they're on tour with special guest Arch Echo - a group pushing the envelope of modern music.

"Dream Theater is the perfect marriage of prog rock and heavy metal."

For more information on Dream Theater and A View From The Top Of The World, please contact: