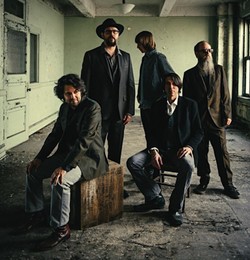 Drive-By Truckers often get lumped together with the Allman Brothers Band. Both play Southern rock and have strong songs, but that’s where comparisons end. Georgia’s Drive-By Truckers bring a bit of the Muscle Shoals sound in, thanks to founding members Patterson Hood and Mike Cooley. On the road in support of their 10th studio album, English Oceans, Hood and Cooley remain the backbone to the band’s songwriting and style. (Jeff Hahne)