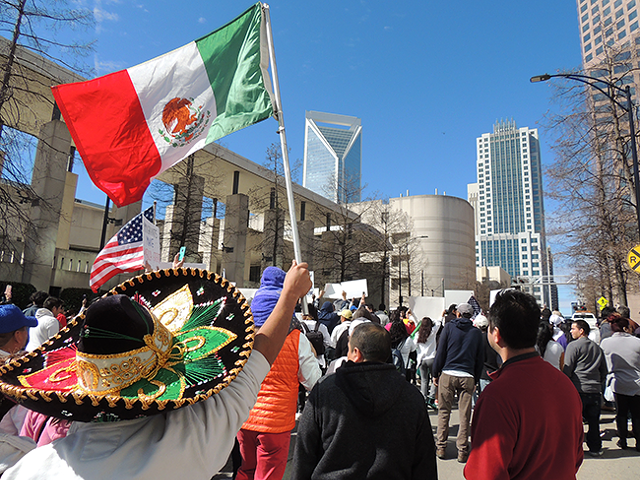 From the Day With No Immigrants march in February 2017. (Photo by Jasmin Herrera)

The war on immigrants has been happening for many years. President Obama, for one, deported more people than any president before him. Now, Donald Trump’s “zero tolerance policy,” enacted in April, has led to the splitting of families as the administration looks to prosecute as many border crossers as it can. This vigil, hosted by the Latin American Coalition and others, aims to support those families.