Enter the Dragon, Oz the Great and Powerful among new home entertainment titles | View from the Couch | Creative Loafing Charlotte
Switch to the mobile version of this page.

Enter the Dragon, Oz the Great and Powerful among new home entertainment titles 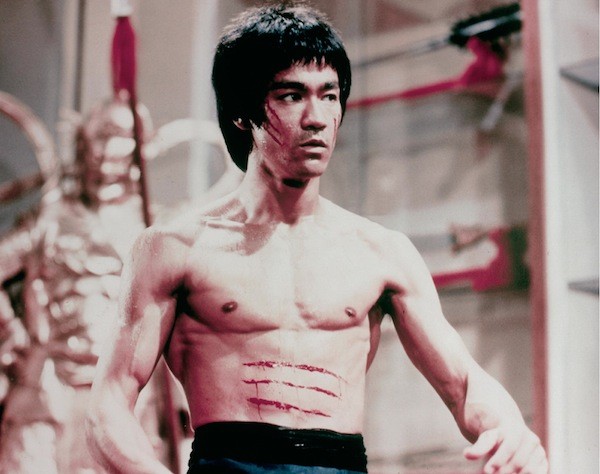 ENTER THE DRAGON (1973). The acting is stilted, the direction is anemic, and the script feels like a James Bond reject. Yet those negatives count for naught when compared to the awesome presence of Bruce Lee, the martial arts superstar who tragically died less than a month before the film's U.S. premiere. Even his passing (at the age of 32) couldn't put a dent into his continued ascension as an international icon, and while Lee was already known in other parts of the world, it was the blockbuster status of Enter the Dragon that made him an enduring legend stateside. Lee stars as a character named, appropriately enough, Lee, who's asked by the British government to travel to the island fortress of Han (Kien Shih), a Dr. No-like figure who's suspected of dealing in drugs and prostitution. Han regularly holds a martial arts competition on his island, which is how Lee is allowed entrance; while there, he meets Roper (John Saxon) and Williams (Jim Kelly), two ex-army buddies who also suspect something's not quite right about Han's entire operation. Martial arts experts Kelly, Angela Mao Ying (as Lee's ill-fated sister) and Yang Sze (as the muscular, murderous Bolo) are allowed to deftly show off their moves, and Saxon and Kelly are given a few opportunities to, ahem, act, yet there's never any doubt who's the marquee attraction. Lee, who also choreographed the fight sequences (Robert Clouse handled overall directing duties), exudes charm and intensity in equal measure, relying on the former during the more sedate sequences and the latter during the action scenes. And what action! Lee's astonishing to behold — as the story goes, some of Lee's signature moves were too fast to be captured by the camera, so cinematographer Gilbert Hubbs had to shoot them in slow motion so they would look believable! — and the climatic battle set inside a room full of mirrors caps a series of exemplary fights. Look for future martial arts stars Jackie Chan and Sammo Hung in tiny parts.

The Collector's Edition contains an embroidered dragon patch, a motion lenticular card, production art and a reproduction of the original script cover (when the movie was still titled Blood and Steel). Blu-ray extras include audio commentary by producer Paul Heller; various featurettes examining both Lee's personal and professional lives; interviews with Lee's widow, Linda Lee Cadwell; and the piece Wing Chun: The Art That Introduced Kung Fu to Bruce Lee. 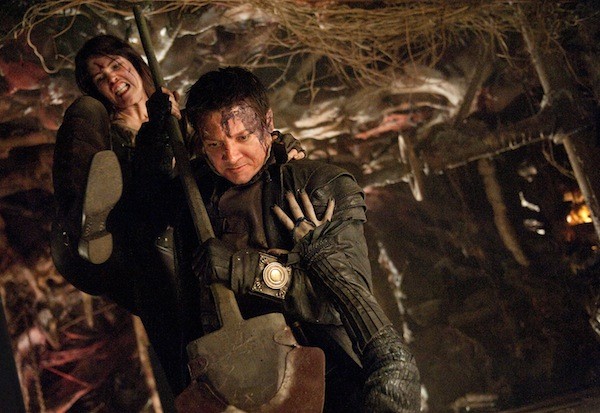 HANSEL & GRETEL: WITCH HUNTERS (2013). The natural inclination is to compare Hansel & Gretel: Witch Hunters to Abraham Lincoln: Vampire Hunter — similar titles, similar punctuation, similar lunge for fan-boy dollars — but that wouldn't exactly be correct. Don't quote me on this, but I'm fairly certain the real-life Honest Abe never had to fight bloodsucking fiends — if he did, then Steven Spielberg and Tony Kushner did an especially sloppy job researching Lincoln. On the other hand, the little tykes Hansel and Gretel did indeed slay a witch in the classic fairy tale, so a movie that suggests they elected to continue down this career path makes sense. And while the title may sound silly, Hansel & Gretel: Witch Hunters still looks better as a moniker than if someone had decided to make, say, The Three Little Pigs: Wolf Hunter instead. Yet in the long run, this fractured fairy tale hardly seems worth the effort. With producing credits for Will Ferrell and Adam McKay, it's apparent that this is meant to be as much a comedy as a fantasy flick, and there are some humorous bits up front (plastering "missing child" pictures on milk bottles is especially clever). But the laughs dry up quickly, and all that's left is a hyperactive action film featuring yet another humorless performance by Jeremy Renner (as Hansel), a village that looks about as authentic as the one created for the equally ill-advised Red Riding Hood, both human and CGI witches (including one borrowed from Mama) who prove to be about as menacing as a sleeping hamster, and anachronistic touches more idiotic than inspired (at one point, our heroes pack a modified machine gun). As Gretel, Gemma Arterton tries to make up for Renner's somnambulism with a peppy turn (she only half-succeeds), while Fargo's Peter Stormare (here playing a loutish sheriff) is always good for a chuckle. Writer-director Tommy Wirkola's previous credits include the Norwegian Nazi-zombie flick Dead Snow, so viewers can expect a high level of gore; this bloodletting at least breaks up the monotony of the fight sequences, which are not only repetitive but frequently shot in a jolting manner that suggests cinematographer Michael Bonvillain was experiencing whiplash.

The Blu-ray includes the R-rated theatrical version as well as an unrated extended cut. Extras include a making-of featurette and a piece on the character of Edward the Troll. 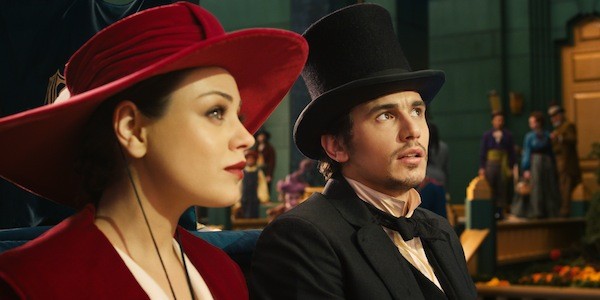 OZ THE GREAT AND POWERFUL (2013). In the immortal 1939 classic The Wizard of Oz, the Scarecrow sings "If I Only Had a Brain," the Tin Man croons "If I Only Had a Heart," and the Cowardly Lion belts out "If I Only Had the Nerve." Those three interlocking tunes might have easily served as the theme song to Oz the Great and Powerful, a portrait of plasticity that could have benefited from more intelligence in its narrative structure, more feeling in its characterizations and more courage to break away from the generic, one-size-fits-all strain of blockbuster that's fast becoming the norm. James Franco stars as Oscar, a magician who gets caught in the middle of a fearsome tornado and ends up in the strange world of Oz; there, he meets a kindly witch (Mila Kunis) who's convinced that he's the great wizard who will save the land from the machinations of a wicked witch. Aware of his own limitations but also learning about the kingdom's vast treasures, he pretends to be a real wizard, a claim met with suspicion from the sorceress' equally powerful sister (Rachel Weisz). Oz sets off to kill the wicked witch, and his adventures place him in contact with a flying monkey named Finley (voiced by Zach Braff), an animated porcelain doll called China Girl (voiced by Joey King) and yet <I>another<P> witch (Michelle Williams). From the 1939 chestnut to the modern stage smash Wicked, works based on the properties of author L. Frank Baum have tended to present their female characters as smart, headstrong women ultimately responsible for their own fates. Therefore, it's a bit disconcerting to see how in this film, they're all small moons orbiting around Franco's Oz — in fact, the lothario's base treatment of one of the witches is what fuels not only the majority of this movie but also Dorothy's subsequent saga as well. As the three witches, only Kunis is given a character that has any sort of arc, even if it isn't a very believable one. Weisz provides some zest to a cardboard role, while Williams can't be anything but dull in her drowsy part. As for Franco, he delivers a disengaged performance that's only slightly more grounded than his hosting stint on the Oscars.