Film 2015: The Best & Worst | Cover | Creative Loafing Charlotte
Switch to the mobile version of this page.

Over the course of 12 months, I sat through 125 motion pictures with a stamp date of 2015. That's certainly on the lower end of my annual odyssey into the city's multiplexes — while that compares to the 130 last year and the 110 the year before that, it's a far cry from the hallowed days when I would review close to 200 new titles. Still, my commitment to catching the finest that cinema has to offer remains intact, and the lower numbers generally mean I'm skipping projects more likely to land on my 10 Worst than my 10 Best. Paul Blart: Mall Cop 2, Alvin and the Chipmunks: The Road Chip, Point Break — in short, the usual types of films (mainly low-I.Q. sequels and needless remakes) that the Surgeon General has suggested are as cancerous as any cigarette. 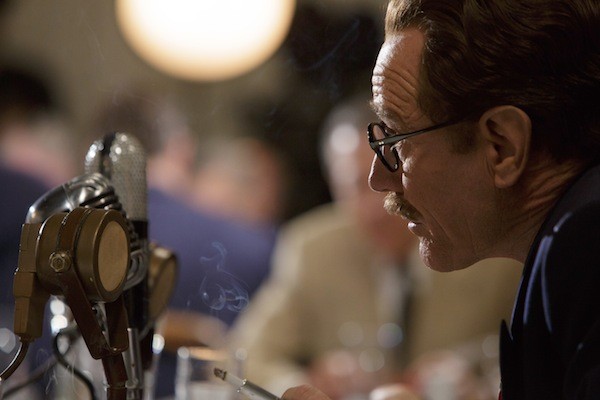 At any rate, here are my picks for the 10 best movies of 2015, followed by 10 worthy runner-ups, other assorted superlatives, and one final look at the worst films I endured over the past 12 months.

1. TRUMBO (Jay Roach). The best film of 2015. The greatest works are often the ones that educate as well as entertain, and this magnificent effort ably succeeds on both fronts. Director Jay Roach and scripter John McNamara use the life and times of screenwriter and Communist Dalton Trumbo (a superb Bryan Cranston) to showcase the evils of the Hollywood blacklist, yet they do so with plenty of humor and heart. In this 21st century largely defined by the manner in which right-wing politicians have successfully used fear and bullying in their strategy to divide and conquer, this bracing picture seems especially timely and pointedly frightening — a potent wake-up call for anyone not too lethargic to heed its alarm. 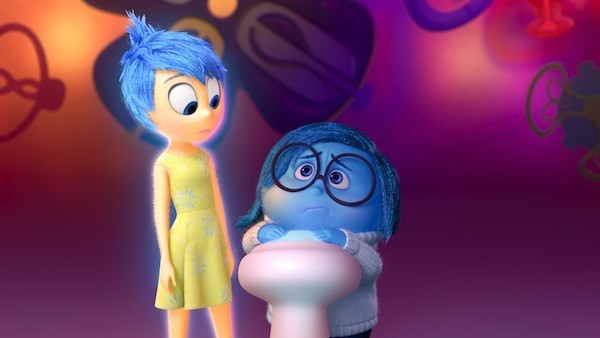 2. INSIDE OUT (Pete Docter). In the control center in the mind of a young girl, the core emotions that have been with her since birth attempt to cope with a crisis. Firing both our imaginations and our own core emotions (particularly Joy, with some Sadness thrown in for heft), the brainy script for this Pixar beauty is matched by its animated splendor, a go-for-broke design featuring remarkable imagery, and its humanist reach, which extends to both family and (imaginary) friend alike. 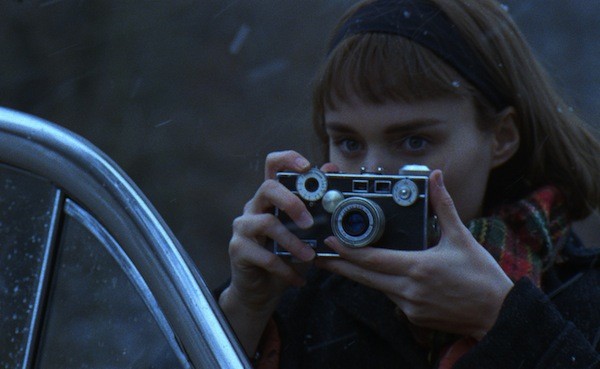 3. CAROL (Todd Haynes). Director Todd Haynes, whose Far from Heaven (starring Julianne Moore) emerged as the best film of 2002, here offers a suitable bookend piece, another stunning and sympathetic look at the difficulties endured by idiosyncratic women in the 1950s. As the pair whose Sapphic desires are repeatedly stifled by societal prejudices, Cate Blanchett and Rooney Mara deliver performances every bit as exquisite as the period detail. 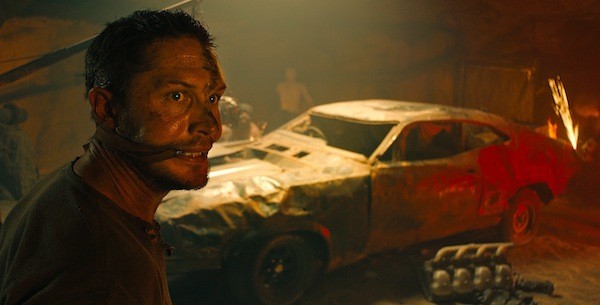 4. MAD MAX: FURY ROAD (George Miller). Fast and furious, this revolutionary Road is a solid two hours of maximum overdrive. For that, thank Tom Hardy and Charlize Theron for their iconic performances, the technical team for the eye-popping visuals, the stunt crew for breathtaking feats of daring, and especially director and co-writer George Miller for expanding his 35-year-old franchise in startling ways.

5. SPOTLIGHT (Tom McCarthy). Employing admirable restraint while focusing on the crack team of Boston reporters who exposed the pedophilic crimes being committed by members of the clergy, this riveting film ends up being about the awful abuse of power as much as about that last-gasp period before journalism shifted from being a conduit of reliable information into a circus act of celebrity reporters riding unicycles of distortion and deceit.

7. STAR WARS: THE FORCE AWAKENS (J.J. Abrams). The year's most anticipated release handily deserves its riches and rave reviews, thanks to director and co-writer J.J. Abrams' ability to tap into the franchise's rich history while simultaneously moving the mythology forward. The introduction of several great characters brings the series new hope, although it's veteran Harrison Ford's return as Han Solo that arguably provides the best fan service. 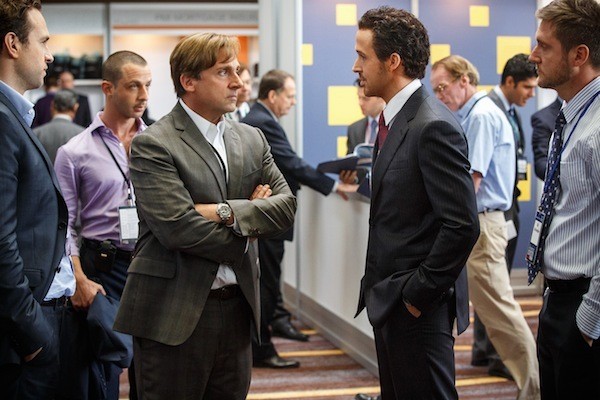 8. THE BIG SHORT (Adam McKay). The housing bubble, the market collapse, and the banks that were too big to fail — in theory, these topics are best left to documentaries to examine and explain. Adam McKay felt otherwise, crafting an intelligent, entertaining and — yes — even informative feature that employs a fantastic ensemble to amuse audiences even as the real-life ramifications continue to unsettle and infuriate all but the most privileged of Americans. 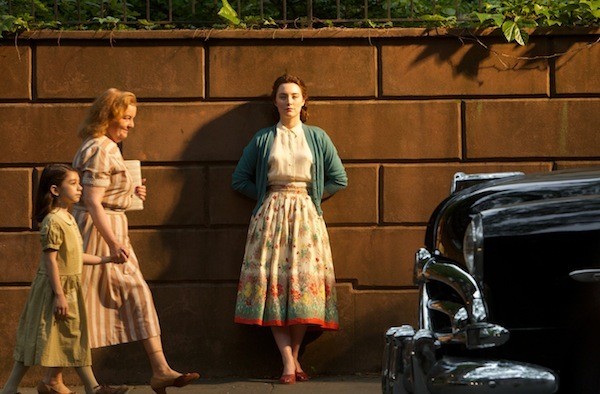 9. BROOKLYN (John Crowley). Both a coming-of-age tale and a coming-to-America saga, this finds Saoirse Ronan delivering a nicely modulated performance as a young lass who leaves her Irish homeland for a new and better life. This is a gracious and graceful film of introspection and retrospection, of having to make difficult decisions when the road maps laid out by the emotions and the intellect prove to be impossible to read clearly.

10. CHI-RAQ (Spike Lee). It's fitting that after it was announced that Spike Lee would be receiving an honorary Academy Award, he released his most important and most engaging film in years. Lee draws rhyme and reason out of Aristophanes' ancient play Lysistrata, transforming it into a searing look at the modern-day war zones that plague Chicago and every other American city ruled by street toughs offering nothing but guns'n'poses.

The Next 10 (Honorable Mentions, In Preferential Order): Mr. Holmes; Sicario; Room; What We Do in the Shadows; Spy; Kingsman: The Secret Service; Cinderella; Electric Boogaloo: The Wild, Untold Story of Cannon Films; The Martian; Finders Keepers

Disappointments: Avengers: Age of Ultron; Crimson Peak; The Good Dinosaur; Jurassic World; Me and Earl and the Dying Girl; The Revenant 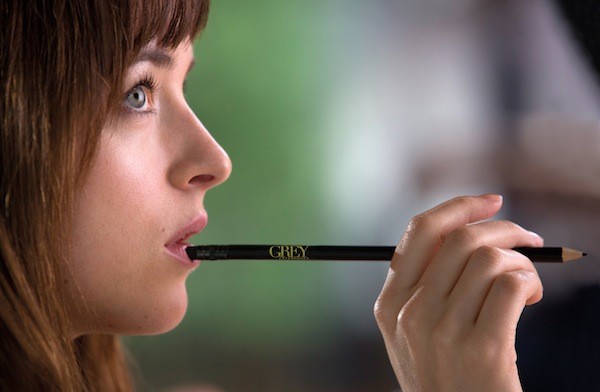 2. HITMAN: AGENT 47 Cast with mannequins instead of actors and devoid of any distinguishing features in any department, this numbing action flick doesn't even get off one shot before its relative wretchedness comes into clear focus. 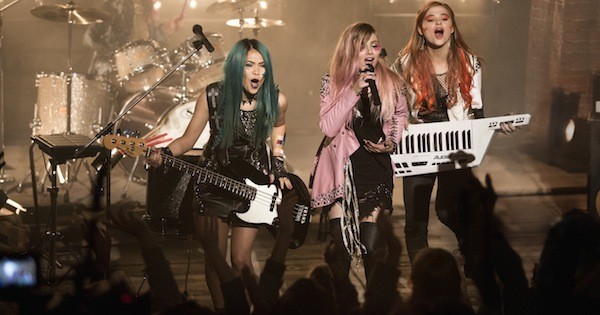 3. JEM AND THE HOLOGRAMS This flavorless bubble-gum flick was rejected by even its target audience, since it turns out to be an adaptation of the cartoon about as much as Steven Spielberg's Jaws was an adaptation of Emily Brontë's Wuthering Heights.

4. LOVE THE COOPERS As if the world didn't already have enough rancid comedies set during the holidays (including Jingle All the Way, Deck the Halls and all-time champ Christmas with the Kranks), here's one more seasonal atrocity to add to the coal bin.

5. THE BOY NEXT DOOR Jennifer Lopez's return to cinema also marked her return to 10 Worst territory, as she headlined this dopey thriller in which her dunderheaded character cavorts with a hunky psycho (Ryan Guzman, as bland here as in Jem and the Holograms).

6. THE WEDDING RINGER Basically a Men's Rights Activist meme passing itself off as a motion picture, this idiotic comedy finds Kevin Hart once again escaping unscathed but eternally obnoxious Josh Gad deservedly going down in flames.

7. HOT PURSUIT This grueling buddy flick pairs Reese Witherspoon (better than the material) and Sofia Vergara (terrible) as a klutzy cop and a shrill eyewitness, and the result goes well beyond oil and vinegar — it's more like mustard and Frosted Strawberry Pop-Tarts.

8. SERENA This dismal dud, starring Jennifer Lawrence and Bradley Cooper (both miscast), reaches its risible zenith with the appearance of a Carolina panther — no, not Cam Newton, though such an illogical cameo wouldn't have made the movie any more of a mess.

9. YOSEMITE To bring his short story to the screen, James Franco followed in the unfortunate footsteps of other millionaire celebrities and created an Indiegogo fundraiser; this desultory drama is so dull that many contributors might soon be demanding their money back.

10. PIXELS This moronic and pandering dud, starring Adam Sandler and Josh Gad (earning his second mention on this list; congrats!), edged out Fantastic Four and Terminator Genisys to emerge as the worst of the would-be summer blockbusters. Game over!