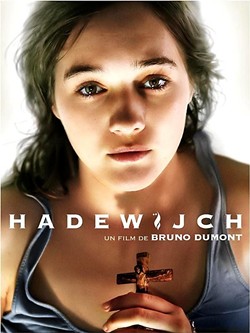 When: Sat., Sept. 3, 7:30 p.m. 2011
Price: $5-$8
Charlotte Film Society's Saturday Night Cine Club addresses the dangers of religious fundamentalists and terrorism tonight during its screening of Hadewijch. The plot of the 2009 French film directed by Bruno Dumont revolves around a devout Christian girl who is kicked out of a monastery because of her dangerous extremities in the name of faith. Soon after her departure, she meets a radical Muslim and falls into his plot to attack a Paris metro station. The film picked up the International Film Critics award at the 2009 Toronto International Film Festival. For more information, visit www.charlottefilmsociety.org.