ON TOUR NEXT MONTH WITH TENCI 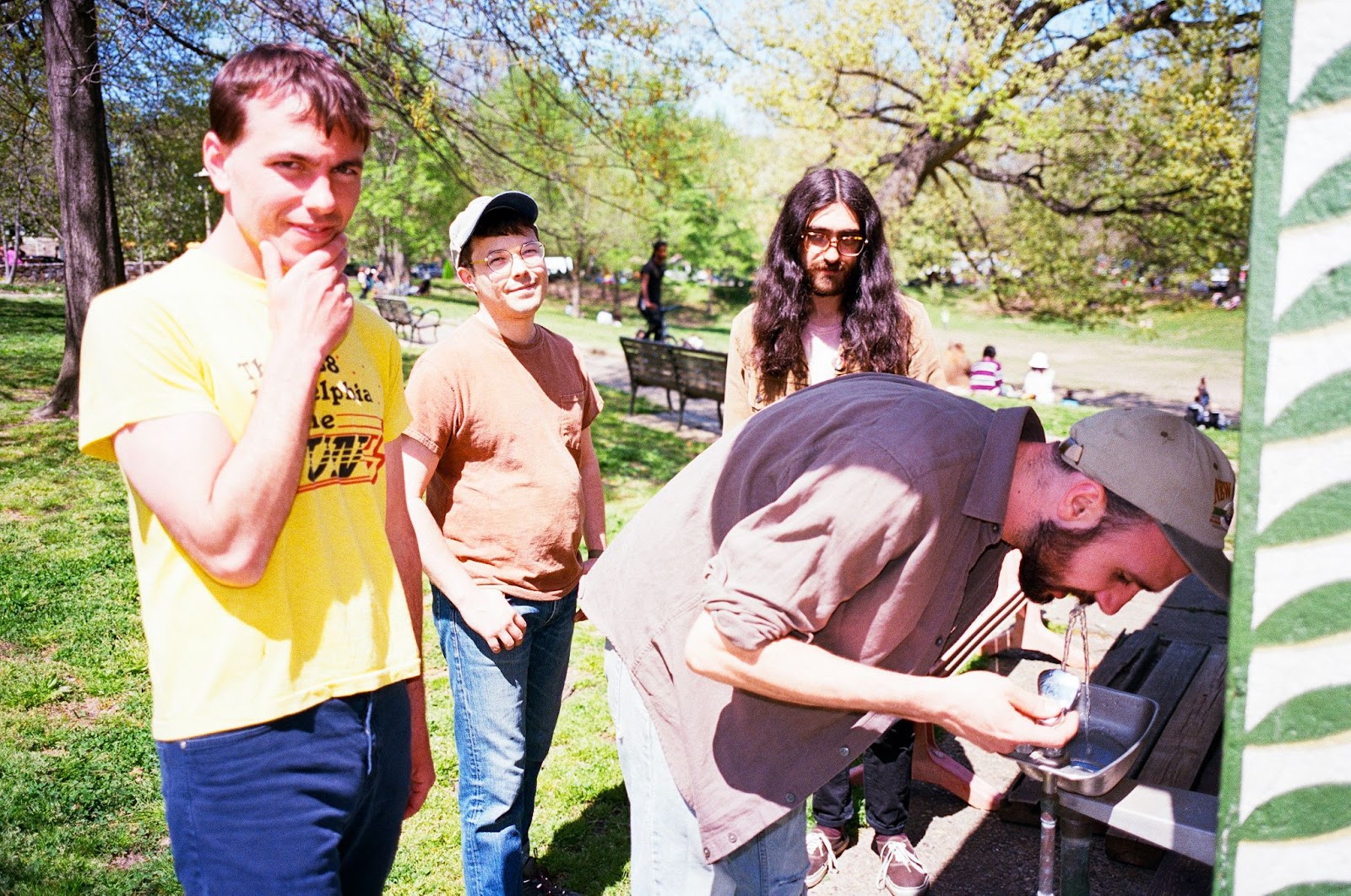 
On July 29, Philly-based Friendship will release their new album Love the Stranger via Merge Records. Today they share the final peak at the LP before release via new single “Chomp Chomp,” a song that holds the distinction of the only repeated refrain—“loving the stranger” —on the album.  The single premiered via Flood Magazine and the band’s Dan Wriggins told them “‘Chomp Chomp’ is based on a composition of Michael's from a few years ago. He had some complicated chords in there. We scrapped most of them but left a couple in. We also scrapped my rhythm guitar part— a good decision more often than not. Lyrically, it’s another one about the miracle of love. And about dumb advice I've given because I thought I was protecting someone.” Flood say, “With alt-country being indie rock’s current flavor of the month (or perhaps of the past couple years), early adopters of the genre like …Friendship have taken to experimenting outside of pedal steel and slide guitars.  Love the Stranger (is) so far proving to be janglier, blippier, and more plainspoken than previous outings. With … ‘Chomp Chomp’—whose refrain supplies the album’s title—the band provides more minimal, twanging rock sounds spotlighting Dan Wriggins’ near-spoken-word lyricism.

“Chomp Chomp” marks the 4th single the band has shared leading to the release of Love The Stranger. Last month they released “Alive Twice” which Stereogum called, “a low-key one about taking a moment to appreciate the simple joys of life"and Brooklyn Vegan said "this one pairs Dan Wriggins' plainspoken delivery with something a little synthier and glitchier compared to the folky vibes of the previous singles.” They have also revealed “Hank” (which saw support from Stereogum, Brooklyn Vegan, and WXPN, among others), and “Ugly Little Victory” about which Brooklyn Vegan said, “It’s as lovely and tender as you’d expect from this band, and Dan’s plainspoken yet emotive vocals sound as great as ever.” Love the Stranger was co-produced by the band and Bradford Krieger and will be available on CD, LP, and opaque “blue galaxy” Peak Vinyl. Pre-order the album here.


Next month, Friendship will be heading out on a North American tour with Tenci. The shows kick off

August 2 in Nashville and conclude in Chicago on August 14. Along the way, they will stop in DC,

New York, Toronto, and in Philadelphia for a hometown show at Johnny Brenda’s. All dates are listed


Love the Stranger moves like a country record skipping in just the right spot, leaving its fellow

travelers longing for a place they’ve only visited in their dreams. Guitarist Peter Gill, drummer Michael

particular, breathtaking landscape and invite the listener to share in its glory.


The record’s images craft a symbolic language of high and low Americana, both evocative and

consistently accessible. Spending time with Love the Stranger creates a community—one in which

the window between the listener and the music-maker shatters in full, until all that remains are the

fragments you decide to pick up together.


Love the Stranger’s production is both familiar and capacious enough for pedal steel, synth strings,

Lambchop, Wriggins says of the recording sessions: “We all got to stretch out, chase our personal

musical fixations, and build on each others’ work. Bradford Krieger, our engineer at Big Nice Studio,

has a mind-blowing creative energy and hundreds (thousands?) of instruments.” He recalls further: “I

wanted the album to sound like Emmylou Harris and the Hot Band in the ’70s. Pete wanted it to sound

like a semi full of spent fuel rods, barreling towards a runaway truck ramp. Jon kept reminding us that

the studio is an instrument, and Michael wanted it to sound like the breakdown two-and-a-half minutes

devoted cult following from Wawa to In-N-Out. With Love the Stranger, the Friendship universe only

continues to expand and grow more open-hearted, more inviting, with every passing note. It’s a record

them, too. All said and done, the age-old maxim of “Mr. Chill” holds true: “You be real with me and I’ll

be real with you.”