What people used before the Blue Pill 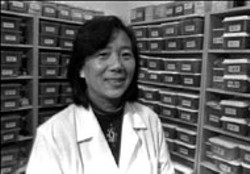 Before Viagra, people used a variety of herbs, plants, and animal parts as performance enhancers. Aphrodisiacs, by definition, are drugs or foods which stimulate or intensify sexual desire. Most aphrodisiacs can be lumped in a few main categories. The first are items that resemble human genitalia. Plant roots, like ginseng, fall into this category, as do figs, asparagus, and avocados. Avocados are named, after all, from the Aztec word ahuacatl, which also means testicles.

Next up are animal parts that are thought to be endowed with the power and virility of the animal, a concept similar to some Native American tribes eating the heart of a fallen comrade in order to share in that person's spirit. Male organs of tigers, bulls, and (gasp) dogs are consumed in Asia in order to gain virility. Shark fin soup is thought to be a blood-engorging stimulant. Powdered rhino horn was thought to do the same.

Another category is substances from animals or of animals. In Western culture, the blister beetle, a brown and blue creature from southern Europe, better known as Spanish Fly, is thought to have aphrodisiac qualities. This insect secretes an irritating substance, cantharidin, which has also been used to remove warts. Then there is a litany of some disturbing aphrodisiacs, with bat blood wine from Vietnam, duck embryos from the Philippines, and snake wine from China among the least offensive.

Some substances known in other cultures for their libido liberating or strength giving properties are located on the spice shelf of any grocery store. Fenugreek and cardamom are readily available.

I first went in search of Yohimbe, which is thought to be an African aphrodisiac. I had heard that Yohimbe is a tree indigenous to South Africa, and the bark of that tree has been used by Africans to enhance sexual prowess and to act as an aphrodisiac agent. I stopped in The South African Food Shop, 11229-H Independence Boulevard in Matthews, to see if I could score some bark.

"Yohimbe? Never heard of it," said owner and South African native Jeremy Dreyer. But he went on to explain that Yohimbe may be the name of a tree in just one of the 11 languages in South Africa. "For all I know it could be the one of the common trees, but in Swahili." Over 1000 species of trees are indigenous to South Africa.

I then visited a few Asian, Indian, and Hispanic markets looking for other homegrown aphrodisiacs, such as Catuaba bark and Muira Puama root from the Amazon Rain Forest, and the Peruvian herb Maca, whose root was known to the Incas for its vitality giving properties. Legend says that Inca warriors ingested Maca before a battle to gain strength, but were forbidden from using this root after a population had been conquered in order to protect the vanquished women from their intensified sexual prowess.

I found some of these herbs in shops where they are sold in capsule form. The General Nutrition Center, for example, carries "Herbal Plus Standardized Peruvian Maca 450mg" (only Maca) and "Maca Man" which has Maca, Yohimbe bark extract, and Ginko Biloba leaf extract.

But I hit the motherlode at RS Chinese Herbs and Acupuncture, 4808-B Central Avenue. Owners and husband-wife team Yao-Qing (Jimmy) Huang and Shi-San (Susan) Wang are both doctors of traditional Chinese medicine and licensed acupuncturists and herbalists.

Chinese philosophy views humans as a microcosm of the universe, and humans are connected through the interplay of the five elements through the principle of the Yin-Yang. In the world of Golden Harmony, sexual dysfunction is a Yang problem. Wang explained that there is no silver bullet -- nor blue pill -- in Traditional Chinese Medicine (TMC).

"When a person comes in, we look at the whole person. There is no one ingredient (for a malady). It is a combination of ingredients. A formula," she said. Wang explained further, "In China, a hospital has two parts. One part is like the hospitals here and one for traditional Chinese medicine. Medicine here (in the states) focuses on the disease. We look at the person. It is all individual."

Wang and her husband studied hundreds of Chinese herbs and animal parts during a six year program in China. Wang emphasized several times how a person should not self-prescribe because of the inherent dangers of mixing herbs, and the effect some herbs have on the body.

Several years ago, Huang and Wang stopped carrying some animal parts, such as Rhino horn, but you can still find some animal-based aphrodisiacs. She was out of toad glands but pulled a box of "Dragon Bones" from the shelf. In English this ingredient is called "Fossilized Dinosaur Bones"; however, Wang assured me that these were reptile bones from China's mountainous areas and that the animals had not been dead that long.

"No," said Wang. "All these ingredients come from China. I studied the properties of the plants and animals found there. Plants change from where they are grown. My friend planted a lot of ginseng up in the mountains of North Carolina and said to me, 'See what I have!' but the effects of the ginseng are not the same. Plants are different. Everything in here," she said and motioned to the shelves, "is from China."

Wang's shop also has over-the-counter remedies. The most popular one for men's sexual enhancement is a combination of powdered deer antlers (with velvet) and ginseng. Wang said many Americans come in just to pick up a box of pills, but she would prefer they were properly diagnosed. Her fee for an examination is $20, and the cost for an herbal remedy varies depending on the ingredients used. She noted, however, that most people leave with a diagnosis and a two week supply for less than $40.