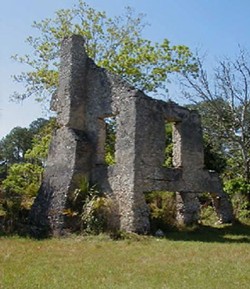 Want to feast your eyes on an island almost pristinely preserved as nature intended? We're not talking Ocracoke or even Portsmoth, off the North Carolina coast (though those are well worth the long drive) -- we're talking Sapelo Island, off the coast of Georgia.

Sapelo's biggest draw is its dynamic Gullah culture of Hog Hammock. The descendants of the slaves of onetime Sapelo owner Thomas Spalding, these unique people provide one of the most direct links between Africa and America. Their language is a creole mix of English and West African tongues passed down from the original slaves. Every year, the Gullah people (also called Geechees) put on a festival celebrating their music, dance and storytelling traditions.

For black folk, a trip to Sapelo is "like going home, because it's the closest connection we have," says Michele Nicole Johnson, program officer for the Sapelo Island Cultural and Revitalization Society (SICARS).

The 17,950-acre Sapelo, fourth largest in Georgia's chain of barrier islands, has a rich and vast history. It was settled by the Guale Indians around 2000 BC and taken over by the British in 1757. A sort of hot-potato exchange ensued over private control of Sapelo, eventually leading to its purchase by Spalding, who left the most lasting impression. Seeing Sapelo's agricultural potential, Spalding introduced sugar cane, rice and Sea Island cotton, and revived the architectural use of tabby by using it to build his mansion and slave houses. You can still see Spalding's partially deteriorated tabby ruins today.

The 19th century brought two millionaires looking for a stake in Sapelo. Detroit Hudson Motors tycoon Howard Coffin purchased the island in 1912, after which he rebuilt Spalding's South End Mansion into a Spanish-Mediterranean-style lesson in excess, complete with two swimming pools and an Italian statuary to catch the eye of visiting presidents Calvin Coolidge and Herbert Hoover. Coffin also built roads and dug artesian wells before selling Sapelo to North Carolina tobacco magnate R.J. Reynolds, who owned the island until his death in 1964. The modernized South End Mansion, now dubbed Reynolds Mansion, is today a hotel and resort.

To visit Sapelo -- particularly the Hog Hammock community, means stepping back in time. So step back and take a rest in a world that moves much more slowly and carefully than ours does.

Cultural Day on Sapelo Island, a celebration of the Gullah-Geechee culture sponsored by SICARS, is October 21, but don't wait until then to go; experience Sapelo in its summer glory. Visitors can stay in the cottages and other accommodations owned by Sapelo residents, or in the Reynolds Mansion. For more info, contact SICARS at 912-485-2197 or e-mail info@sapeloislandgeorgia.org.