Is North Carolina One of the Next States to Legalize Sports Betting? 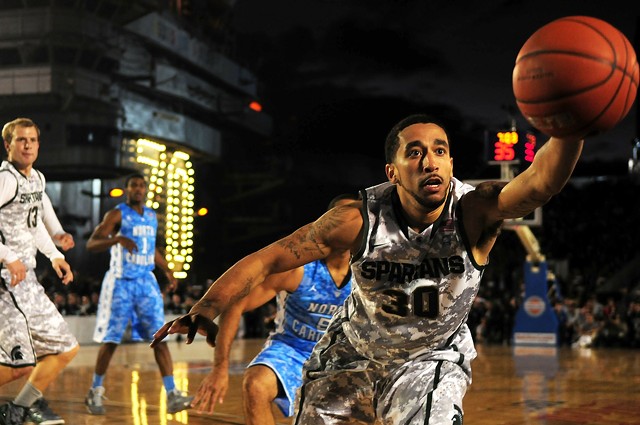 For all of us who are waiting for sports betting to become legal in North Carolina, there has been some good news in recent years.

First, in 2018 the Supreme Court struck down a 1992 law called the Professional and Amateur Sports Protection Act (PASPA) which previously banned sports gambling everywhere in the US except Nevada. Now, each state including North Carolina can legalize and regulate sports betting, both live and online, if it chooses so.

Then in 2019 Governor of North Carolina Roy Cooper signed SB 154 into law. The bill allows the Eastern Band of Cherokee Indians to operate sportsbooks at their two casinos.

But legal sports betting is still not available in the state. Why is that? What is the current situation and will it change any time soon? Let's take a closer look.

In 1994 the Eastern Band of Cherokee reached an agreement with then-governor Jim Hunt by the Indian Gaming Regulatory Act. That led to the opening of the state's first tribal casino, the Harrah’s Cherokee Casino, in 1997.

Following a new agreement reached between the Eastern Band and Governor Beverly Perdue, the casino started offering table games. Construction of a second casino was also allowed and Harrah’s Cherokee River Valley was opened in 2015.

Despite Governor Cooper signing SB 154 that wasn't the end of the story in regards to legalizing sports betting. The new law required an amended tribal compact that included NC sports betting details approved first by Cooper and then by the Department of the Interior. This was delayed more than once because of the coronavirus pandemic.

Bet on the NBA

Still, there is some chance that we will be able to legally bet on sports in NC sometime during 2021.

What are the Current Options for Online Gambling?

In 2006 there was a breakthrough when the State announced starting the North Carolina Education Lottery which offers scratch games, Powerball, and Mega Millions.

In addition to the Lottery, you can also engage in legal fantasy sports betting in North Carolina. The three options are - DraftKings - one of the most popular sports betting websites in the US. Estimates for 2019 predicted the website paid out approximately $1 billion in winnings; FanDuel - another big player in the DFS world that reportedly paid out almost $2 billion in winnings in 2015; and Draft Day - the newcomer to the fantasy sports game which has a user-friendly interface and valuable bonuses.

Current Revenue from Gambling in NC

North Carolina’s land-based casinos reached a revenue of $393 million in 2020. At the moment, the Eastern Band of Cherokee is the only brand allowed to offer Class III gaming in the state. The Tribal Gaming Commission is responsible for all regulations and gaming activities on their lands. Not long ago, the state and the Eastern Band came to an agreement where the Eastern Band would share some of their revenue with the state.

According to this agreement, the state will receive state revenue from new games as well as from live table games that operate at the casinos with live dealers. From 2017 to 2021, 5% of gross gaming revenue will go to the state and this will increase by 1% every four years moving forward. Currently, there are 4,400 gaming machines available for use in North Carolina. Some of the games available are Blackjack, Craps, Roulette, Mississippi Stud, Bingo, Slot Machines, and Let It Ride. The two casinos generate 8% of all wages and 5% of all state jobs.

What is the Potential Behind Online Gambling?

If we look at the situation in some of the states that have already legalized gambling, we can have a better understanding of what such a change means for the economy of North Carolina.

In Pennsylvania, the Pennsylvania gambling expansion law was passed mainly because the state urgently needed a new source of tax revenue. A big source of that revenue was upfront licensing fees for all of the legalized types of gambling. In the beginning, they only expected $100 million from online gambling for the state budget, but this is a figure now far surpassed. The revenue coming from gambling is so far estimated at $818,500,395!

These examples show that we have reasons to expect much good to come out of the potential legalization of gambling and sports betting in North Carolina. Even though NC was one of the slowest states to react to the potential offered by the repeal of PASPA in 2018, now it seems that a change is inevitable. Every state at its own pace.

Latest in The Plug