It's A Family Ho-Down 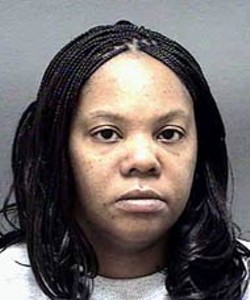 When times are tough, it's not unusual for young twentysomethings to move back in with their folks after a financial setback. But the way Tracy Howard went about it was a bit unorthodox. After police raided Howard's apartment in the Eastpointe Apartment complex in 2001, he moved back in with his mom, along with his girlfriend Elizabeth White and two of the three prostitutes who worked for him. The third prostitute, an underage runaway whose desperate father was plastering photos of her all over town, was sent to work for Howard's brother.

Howard went to prison on parole violations a month later, which is how his mother, Ila Howard, initially inherited his prostitution business. But Ila Howard, who allegedly already ran a successful cocaine distributorship, was apparently a much better businessperson than her 23-year-old son. She watched Elizabeth White run the girls on jobs and caught on quickly.

In just four years, Ila Howard would build her son's two-bit pimpdom into a thriving escort business with an office in a business park on North Tryon Street, a North Carolina business license, drivers for the girls, a receptionist to answer calls and even a listing in the phone book. If they preferred, her clients could pay by credit card. And, not to miss an opportunity, the company made cocaine available for customers who wanted it.

While city officials obsessed over street hookers and "prostitution-free zones," it appears that Ila Howard, 42, was operating at a much higher level. So goes the bizarre and fascinating story alleged in a search warrant for the office at 5736 North Tryon Street filed in October by an agent of the Bureau of Alcohol, Tobacco and Firearms.

TRACY Howard went to prison on parole violations a month later, which is how his mother, Ila Howard, initially inherited his prostitution business.

The business went by several names including Discreet Delights, Fantasia, and One Enterprises, Inc. and it advertised for customers as well as new girls in V2 magazine.

At its height, say those interviewed by the ATF for the warrant, the business employed about 15 girls and ran nearly around the clock. Customers paid $175 to $200. The girls got $100, although they were required to pay their drivers $20, and Ila Howard kept the rest.

Just about everybody in the Howard family seemed to be involved in the business in some way, according to the warrant. Howard's sons Tracy and David both allegedly went to work for their mother after they got out of prison. A third son was alleged to have at least one prostitute working for him. According to the warrant, Ila Howard even recruited her niece to work for her as a prostitute and at one point "bought" another girl from her brother for $800. Meanwhile, according to the document, when Tracy Howard wasn't running prostitutes on calls for his mother, he sold crack to customers in the Eastway Apartments. When he would run low, his mother would bring him more to sell, a witness said.

In an interview with investigators, Nick Ragin, who worked as a driver for Ila Howard, says she had underage girls working for her, and that he was sometimes sent to the airport to pick up Cuban girls from Florida. Other times, he'd drop them back off at the airport once they had "finished working in North Carolina and are allowed to return to Florida," he said.

Ragin said Howard "severely beats the women who work as prostitutes" in an interview for the warrant, and that he was once paid $100 to "beat up one of the prostitutes as punishment for something the girl had done wrong." Howard even pistol-whipped her niece at one point, he said.

The business was apparently quite profitable. David Howard later told investigators that his mother's business was "making incredible amounts of money" and that business was especially good during Race Week or when other big events came to Charlotte.

Things would have probably continued that way were it not for a missing persons report filed by a Kings Mountain group home in September. Police had gotten information that the 14-year-old they were searching for might be living at Elizabeth White's apartment in East Lake Apartments on Pebblestone Drive. Sure enough, the girl turned up there, along with an AK-47, a semi-automatic pistol and a gram and a half of crack cocaine. The girl was one of at least two underage girls working for White, 22, and her new boyfriend Eugene Hardesty, 25. The couple had forced the girl to prostitute herself, she told police, and according to the warrant, she was earning the couple about $3,000 a week. Two days later, police arrested the couple.

White had long since parted ways with Ila Howard, but in the days after her October 2 arrest, White apparently began to talk, painting an in-depth picture of Howard's drug and prostitution businesses for investigators.

By October 18, Ila Howard, Tracy Howard, David Howard, Nicholas Ragin and three others were indicted on drug charges, according to court documents. Within two days of their arrests, Ragin and David Howard began talking as well, painting a detailed picture of the escort service and how it ran.

So far, no prostitution-related charges have been filed against the crew. Investigators say they can't comment on the case until they conclude their investigation.