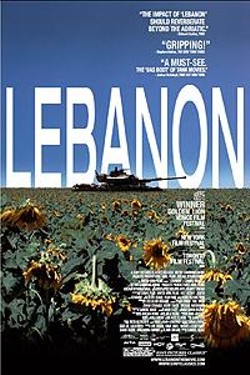 The First Lebanon War - June, 1982. A lone tank is dispatched to search a hostile town that has already been bombarded by the Israeli Air Force. What seems to be a simple mission gradually spins out of control. Shmuel the gunner, Assi the commander, Herzl the loader and Yigal the driver are the tank's crew, four 20-something boys who have never fought in a war and are now operating a killing machine. Though trying to remain brave, the boys are pushed to their mental limits as they struggle to survive in a situation they cannot contain, and try not to lose their humanity in the chaos of war.

Lebanon (Levanone) is not showing in any theaters in the area.