Love In A time warp

In NC, you can be sued by a lover's ex for "alienation of affection" -- a law most states have abolished as antiquated 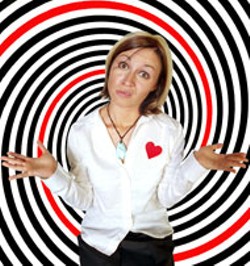 When she answered her front door, Susan was surprised to see a sheriff's deputy standing there. He was polite and cordial as he handed over the papers. "You're being sued," he explained. Sued? For what? She scanned the documents. Certain words and phrases stood out immediately: "willful and malicious interference," "destruction," "mental anguish," "disgrace," "humiliation." What was all this about? Then it hit her.

While the documents stated it in esoteric legalese, Karen, her boyfriend Bill's ex-wife (The names in this case have been changed), was suing her for breaking up her marriage. She was accusing her of being a home wrecker, a coquette, a paramour who had stolen her husband and wrecked her family. And Susan was going to have to pay for it.

"I don't feel I've done anything wrong," said Susan, who is still involved in the ongoing lawsuit and denies all its allegations. "For me to fight this is going to cost a lot of money. If I settle, I'll look like I'm guilty of something. I'll be forever labeled. There's no real out. I'm just shocked by this whole thing. I didn't even know that these kind of laws existed."

The laws are called alienation of affection and criminal conversation, and they're used in lawsuits in which a spouse sues a third party for monetary damages based on allegations that he or she caused a viable marriage to end. The laws came to America from English common law. In the 19th century, many states adopted them, but as times have changed and the modern world has shifted our perceptions of love and commitment, most states have since abolished alienation of affection as a cause of action. Missouri became the latest state to do so in June, when the Missouri Supreme Court struck down the state's alienation of affection law, saying it was an antiquated cause that has no place in a modern legal system. The court's 5-2 decision stemmed from a 2001 case in which a Missouri woman sued another woman for reportedly having an affair with her husband. The woman cited alienation of affection as the reason for her lawsuit, and a jury awarded her $75,000 in damages from the defendant. The justices struck down the law and overturned the lower court's judgment. While they vary in how they handle these kinds of cases, over 40 other states have done away with the alienation of affection law, while some have retained criminal conversation as a cause of action (which deals specifically with extramarital sex). All of this has significantly curtailed such claims.

Today, both alienation of affection and criminal conversation are recognized in just eight states: Hawaii, Illinois, Mississippi, New Hampshire, New Mexico, South Dakota, Utah and, yes, North Carolina. As a matter of fact, North Carolina's not just on the backslope of progress on this issue, we actually seem to be on the cutting edge of the legal payback for becoming involved with a married person. Here in the 21st century, there are still more than 200 alienation actions filed in NC every year.

Broken Hearts and WalletsThere are two main schools of thought concerning alienation of affection and criminal conversation laws. Critics say they're obsolete and outdated methods for legislating morality, a legal remnant from a time when women were considered little more than the property of their husbands. On the other hand, defenders say these laws can reflect a growing societal disaffection with overly permissive sexual standards, and help uphold the sanctity of the marriage vows, protect families and deter extramarital affairs through a formal legal sanction.

"This cause of action is all about context," said a Charlotte domestic lawyer who is representing Susan in her case. "And as a domestic attorney, you can be on both sides. There are certain situations where this law is very well utilized. If a stranger walks up to you on the street and slaps your face, you can sue that person for assault. You've been damaged. Can't you be damaged if someone has sex with your spouse?"

However, the attorney also says the law is overused, oftentimes as leverage in domestic cases. "Sometimes it's used as a kind of extortion tool during a divorce," she said. "What inevitably ends up happening is that someone who really shouldn't be sued is forced to expend money to defend themselves, which could cost anywhere from $10,000 to $40,000. Then the issue becomes, "Well, should I just offer to pay $3,000 or $4,000 to settle?' You come out better that way, but it's still crazy. You're forced to respond."

Seeing as how all but eight states have repealed alienation of affection laws, it's obvious most lawmakers feel the laws are no longer valid. The North Carolina House, in fact, has approved a measure doing away with it, but the bill is bogged down in the Senate and isn't expected to pass anytime soon. This means that sizeable damage awards remain a real possibility in North Carolina. In fact, many relatively high-dollar alienation cases have occurred here.