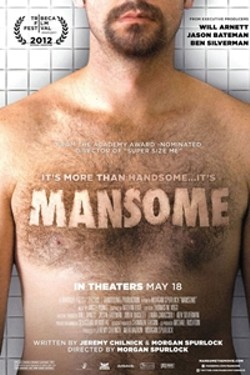 From America's greatest beardsman, to Morgan Spurlock's own mustache, Executive Producers Will Arnett, Jason Bateman and Ben Silverman bring us a hilarious look at men's identity in the 21st century. Models, actors, experts and comedians weigh in on what it is to be a man in a world where the definition of masculinity has become as diverse as a hipster's facial hair in Williamsburg. The hilarious follicles of men's idiosyncratic grooming habits are thoroughly combed over as men finally take a long hard look in the mirror.

Mansome is not showing in any theaters in the area.