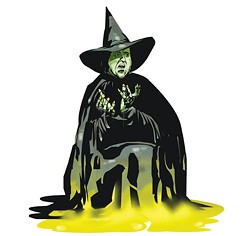 Feb. 26, 2009: So, here I am at a week out from my surgery, I'm feeling OK (in less pain than I've been in today than the whole week). I'm still very thankful I went through with the surgery even though plans were changed at the last minute. I went through a lot of mental shit the two weeks leading up to this surgery when I had to go on the liquid diet. For some reason I kept telling myself I'd never not be obese, so I might as well cheat. You see, as excited as I was about all of this wonderful change that was about to happen, it did not keep me from eating in secrecy (which is so totally humiliating) and doing things that I knew would be detrimental to my progress. That made me hyper-aware of the addiction element that came with overeating or any compulsive behavior. No one who is addicted to drugs, alcohol, sex, you name it wants to act the way they act, but the behavior satisfies something in their being that allows them to function. I think it was wonderfully summed up in Tennessee Williams' Cat on a Hot Tin Roof. Just like the character Brick with alcohol, eating brought about the "click" for me, or that false comfort of knowing it would be fine if I just kept eating until I was full (which took longer and longer to come, as it did for the character Brick).

Fast-forward to now, exactly two weeks out from my surgery. I CANNOT cheat. I am physically unable to and don't have any means of achieving my "click." I will say there is a great deal of crying, a great deal of sleeping, and a great deal of anger — as if I were going through a detox. The mind still yearns for that comforting, and I am in constant search of healthy ways of finding it. [But] looking back, I would have this surgery over and over again and hate that I procrastinated in doing so. I now look toward my future with a renewed optimism that I hadn't possessed in my 33yrs.

Red Flag No. 2: There were some tough times physically ...

March 11, 2009: The last 48 hours have been quite the adventure. Monday, I became violently ill and couldn't keep anything down, so my surgeon ended up sending me to get a CT scan of my stomach. I was originally told it was normal, then my surgeon called me back today to tell me that there is a very small chance that I may have some type of "fistula" (or an abnormal opening) between my new stomach and my old one. He said this was per the radiologist's report, but he doubts that it is accurate, as this type of thing is almost completely unlikely with a brand-new surgery. But next week he's sending me for a procedure called an "upper endoscopy" where they're basically going to peek down inside my pouch (or my new stomach) to see if everything is as it should be.

Despite times like this, my physical issues post-op were minimal. It's the den of iniquity between my ears that caused the most difficulty. You see, when you go in for gastric bypass surgery, you go through the necessary physical exams and a psychological exam.

I'd been in therapy for five years beforehand, and while I had no problem identifying my issues, I had done nothing to resolve them. I believed this was good enough. I'd deal with that stuff later.

Red Flag No. 3: I felt my writing gave me enough of an outlet for dealing with all of my deeply rooted stuff. I continued my blog, sharing my joys, frustrations and victories.

Post-Op Week 12: On Running the Race

Thursday, May 14, 2009: For some reason lately, I've been doing a lot of external examination ... of others. You see, I have a large amount of friends and acquaintances, and it feels like most of them are more successful than me. When it gets like this for me, I try to remember something that I heard a long time ago: "We have to acknowledge the things around us, then put our blinders on and run our race."