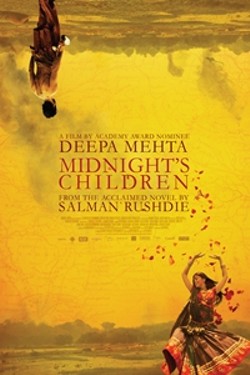 The film follows the destinies of a pair of children born at the stroke of midnight on August 15, 1947, the very moment that India claimed its independence from Great Britain - a coincidence of profound consequence for both. "Handcuffed to history," and switched at birth by a nurse in a Bombay hospital, Saleem Sinai, the son of a poor single mother, and Shiva, scion of a wealthy family, are condemned to live out the fate intended for the other. Imbued with mysterious telepathic powers, their lives become strangely intertwined and inextricably linked to their country's careening journey through the tumultuous twentieth century.

Midnight's Children is not showing in any theaters in the area.