By Tim Davis, Samir Shukla and Co
click to enlarge 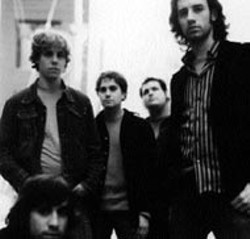 Chuck Loeb / Jeff Kashiwa -- Contemporary jazz is pleasant enough if it doesn't get so mired in its own noodling as to become a part of the pretty wallpaper. It's Loeb's guitar, plucked with more than a few interesting twists, that will save this evening from becoming a night of smooth jazz hell. Saxophonist Jeff Kashiwa (ex-Rippington gone solo) has a few tricks up his sleeve as well, and the duo should warm things up enough to keep casual listeners from nodding off. The duo will open for the definitive contemporary/smooth jazz combo Fourplay. Blumenthal Performing Arts Center (Shukla)

Harper -- A vocalist and harp slurper playing red-blooded music known as blues, Harper's Australian, and it's there where he bears the burden of conviction for this all too American art form. There's really no Australian twist to it, no didgeridoo wailing in the background or such, but Harper does play a mean harp and spews out steaming blues most of the time. A quick listen to his latest platter of tunes, Live at St. Andrews, shows his heart's in the right place, and he feels the music (albeit 10,000 miles away) as much as any American blues mofo who lives it. Double Door Inn (Shukla)

Shiver -- A five-piece band out of Charlotte, Shiver mines the same sort of melodic metal vein you would expect from their influences: Tool, Sevendust and the like. A part of the underground music support group called the Mullet Militia, the band is still growing into their sound, but they possess the attitude, both on stage and off, to succeed. The songwriting only grows with experience, but the surprising musical texture seems like some solid ground in which to plant. With Mullet Militia pals Djinn and Mindspill, and also Look What I Did. Fat City (Davis)

Baleen -- Recently showcased in the NEMO festival in Boston, the baleen crew was recently selected to showcase at the Independent Music Fest in Nashville next week. A rock-solid mix of ambient/rock/avant-jazz, the group is charting at college radio stations across the country, including climbing to the #1 spot at Harvard. Good stuff -- eclectic music that avoids becoming a mishmash due to the fact that while they band tries everything but the kitchen sink, they only keep what fits. With the Katskills Project. Amos' Southend (Davis)

Belmont Playboys -- As sure as the summer is a-heatin' up, the Playboys are finally back where they belong -- on the stage! As far as I know, frontman Mike Hendrix has been paying his dues working his days as a truck driver, which should in turn have given him plenty of fuel to fire out some new tunes and such. It also looks as if Chipps Baker (saxophonist/guitarist/back-up vocalist and just about anything else he can manage) will be pulling double duty, as he'll also open the show playing with Jem Crossland and the Hypertonics (an opener you don't want to miss). Please be warned: This is going to be one helluva party that's long overdue, so don't expect to just sit on your ass all night or you're liable to get knocked on it. Double Door Inn (Lynn Farris)

Catie Curtis -- What the hell is in the water up there in Boston that they turn out so damn many acoustic folk artists? Curtis comes from a long line of Boston acousticians, but offers up a more clear-eyed, sober vibe than someone like pal Dar Williams. Her new one's called My Shirt Looks Good On You, which even includes a never-before-heard song by the late Morphine frontman Mark Sandman that sounds great on her. On that song and many others, Curtis lets a mandolin take most of the lead, providing a warm tone that lasts throughout the record. Visulite Theatre (Davis)

Glory Fountain -- The band's new CD, The Beauty of 23, is out nationally as we speak. Recorded with the help of regional jangle savant Mitch Easter, the second album from the duo of Lynn Blakey and John Chumbris finds the band mining more fertile territory than in the past. Blakey's angelic voice and Chumbris' tonal guitar playing still anchor the group, but guests such as Will Rigby (dB's, Steve Earle) and Nic Brown (Athenaeum) help flesh out the sound nicely. Unlike another recent North Carolina 23 -- Michael Jordan -- this comeback is quite welcome. With Amy Speace and Karen Jacobsen. The Evening Muse (Davis)

PJ Brunson -- Charlotte folkie Brunson received some help for her new disc, Come Hell or Highwater, from a Rank Outsider and David Childers. Her music is about as non-intrusive as it gets. The voice is distinct enough and the playing solid enough for her style of writing -- a gal and a guitar knitting stories about the Southland and other topical permutations. She'll celebrate the release of the new CD at an early show at 6pm. The Noise and Sandra Black will work the usual shift at 10pm. The Evening Muse (Shukla)

Pat McGee Band -- McGee uses purposeful melody and harmony for his own brew of hard acoustic pop. OK, so nothing earth-shattering here as far as skiing up and down the frets, and Pat thankfully disavows trendy saluting. It's clean cut, and the tunes are peppered with tiny bits of jazz and bluegrass, adding up to a burgeoning name on the melodic rock scene. Visulite Theatre (Shukla)

The Juliana Theory / Glassjaw -- TJT are as good a raw and emotional Christian punk rock band as any out there. The youngsters are convincingly abrasive while not overtly preachy. Catch their records on the stalwart Christian rock label, Tooth and Nail, that puts meat on the usually dull genre. / Glassjaw play rock with loads of distortion and pounding vocals, making them one of the more interesting bands on the hard-rocking Roadrunner label. Also on the bill are Piebald. Tremont Music Hall (Shukla) *