By Tim Davis, Samir Shukla and Co
click to flip through (2) 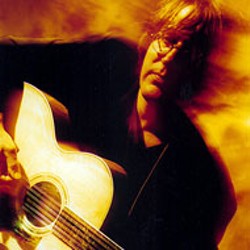 WEDNESDAY 11.17
4th Ward -- Charlotte power pop combo recently retooled itself with new members and are putting the final touches on their forthcoming release Then There Were 4 with famed knob-twister Jamie Hoover. The quartet, led by Mike Shannon, obviously sound like they're rarin' to go on the unmastered batch of tunes I've heard. This is edgy rock for grownups where a contemporary Lou Reed strolls down the streets paved by the Fab four and comrades. With Ultralush. Double Door Inn (Shukla)

Medeski, Martin & Wood -- There's a streetwise urban element in the trio's jam-jazz-funk that is now appreciated far and wide. MMW honed their craft in the hollows of downtown NYC jazz scene and each release in their multi-hued career is a trip down a different alley of jazz. The latest, End Of The World Party (Just In Case), is accessibly avant-garde. With Soulive. Tremont Music Hall (Shukla)

Spottiswoode and His Enemies -- Jonathan Spottiswoode is a songwriter and indie filmmaker, replete with scruffy beard, angular face, and stringy long hair. You'd be forgiven for blurting out "Dear God, not another fucking Vincent Gallo" right about now, but Spottiswoode (as well as his Enemies) have a lot more going on in the songwriting department than Mr. Gee-Ain't-It-Cool-That-I'm-Getting-A-Blowjob-In-A-Movie: equal parts Waitsian found percussion, Langhorne Slim-style gut poetry, and Nick Cave-like gothic yawp. With Danielle Howle. The Evening Muse (Davis)

Vienna Teng -- Pianist and singer Teng recorded most of her debut full-length, Waking Hour, while studying at Stanford. After graduating, she took a job as a computer engineer but quit to try her hand at being a full-time musician. It worked, mostly due to Teng's catchy Norah Jones-ish melding of classical influences and pop flourish, as well as a no-nonsense (and nonstop) marketing campaign. Teng's voice is one you won't quickly forget. Opening for Marc Cohn. Neighborhood Theatre (Davis)

THURSDAY 11.18
Larry Keel Experience -- It's often a family affair when Keel sits on the front porch for a cozy jam. And it's with purpose that he winds up documenting the poignant history of American music. Keel would have no problem being pegged a musical historian, where bluegrass is the base, and all other elements of roots music drop in to chat. It's his folksy humor and lyricism that adds to the preservation of tradition. Visulite Theatre (Shukla)

Robert Earl Keen -- The Texan's steady stream of warmly composed country and folk-rock tunes' longevity lies in the storytelling. Keen has a knack for weaving tales of drifters and lovers, kinfolk and lonesome folk that keep him more than a notch ahead of the pack of like-minded troubadours. Read more about Keen in our See and Do section. Neighborhood Theatre (Shukla)

Rock Songwriter's Night -- The Vance Carlisle-hosted event has taken a turn from your standard get-up-and-play format to a more interactive Actor's Studio approach (if the Actor's Studio were, you know, in a bar). Carlisle (the Gold Coast) plays James Lipton, going so far as to query relatives, significant others, friends and enemies beforehand, then peppering the performers with revealing questions and embarrassing anecdotes from their past. They still play music, of course, and this week Todd and Tara Busch, Benji Hughes and Nashville's Trent show their wares. The Evening Muse (Schacht)

FRIDAY 11.19
Two Cow Garage/Peter Case -- The boys from Ohio are back supporting their new release, The Wall Against Our Back, and while on record this is frankly pretty standard alt-country fare, on stage the trio does not skimp on the blood, sweat and tears. You're mileage may vary, but there's no denying the heart they pour into their performances./His tenure in the LA-based Plimsouls now a mere historical footnote, Peter Case has gracefully inhabited the singer/songwriter role for 20 years, can still hypnotize a room with his grown-up tales of love and loss, and plays a mean acoustic. He's out behind Who's Gonna Go Your Crooked Mile? a collection of "hits" from the past decade. Charlotte's Rick Spreizter, who recently earned first place in the North Carolina Songwriters Co-Op Songwriting Contest, opens along with Kevin Edwards. The Evening Muse (Schacht)

The Spongetones 25th Anniversary Show -- Charlotte’s longest running Beatles-friendly pop band will be celebrating their 25th anniversary tonight, along with contemporaries Cruis-o-matic, who are reforming specifically for this show. Look for a huge grab-bag from the group’s eight albums, as well as some new tracks from #9, their Lennon-referencing ninth full length (duh). Amos’ SouthEnd (Davis)

SATURDAY 11.20
California Guitar Trio -- Three of the greatest technical guitarists going, the California Guitar Trio has chops galore, of course, but is often derided as elevator music for New Age-ists. Jazz, classical, rock -- there's little beyond this trio's reach, but it's hard to get pumped up in anything but a guitar-geek fashion for either their original compositions or their somewhat humorous re-interpretations of songs like Queen's "Bohemian Rhapsody." Frankly, more proof that one guy with limited skills and a big-ass heart has more to say than a roomful of guitar wizards. Tom Griesgraber and Dromedary open. Neighborhood Theatre (Schacht)

Coheed & Cambria -- Lush and rich in both dynamics and presentation, this C&C music factory doesn't believe emo has to be solely a function of the genre's famed cries-and-whispers vocal template. Some people have called the music "punkprog," which is probably as good a one-word description as you'll find. Now, don't you King Crimson fans go see this show and write me letters about how bad it was, and how the guitarist couldn't hold Fripp's jock. Have your daughters write me instead -- as the Knack knows, the little girls understand. Tremont Music Hall (Davis)

Sea of Cortez/Ari Hest -- Sea of Cortez, multi-instrumentalist Rodney Lanier's instrumental indie-rock orchestra, sound equally at home with spaghetti westerns, French movie soundtracks, and the wispier side of alt.country, but to describe them as mere ambient tricksters is to miss the point: Everything here drives like an Andretti, managing to reach the emotional checkered flag in a minimum amount of notes. /Ari Hest is currently appearing on just about every talk show and two- and four-bit stage from here to Greenwich Village, armed only with a resonant baritone, a worn git-fiddle, and Bob Schneider/Dave Matthews-like touring ethic (Hest has supported both artists recently, incidentally). If pressed, I'd say Hest lies somewhere between a Sondre Lerche and a Jack Johnson. Ari Hest will play with Keri Noble at 8pm, followed by Sea of Cortez and Hope For Agoldensummer at 10:30pm. The Evening Muse (Davis)

Wailers/The Mosquitos -- The Wailers are an institution, of course, Jamaica's answer to the Stones and Beatles, and the Mosquitos' second disc, the excellent Sunshine Barato, proves that this trio is anything but a one-trick pony. See our stories in this issue. Visulite Theatre (Schacht)

MONDAY 11.22
The Donnas/The Von Bondies -- This show has been cancelled. Refunds are available at the point of purchase now. Tremont Music Hall

WEDNESDAY 11.24
Black Lagoon/Hungry Ghost/Solid Gold Wreckers -- The 'Goon have recently surfaced with a few new players (Dean Lovette, Rob Tavaglione) and a satchel of new songs to boot. The 'Ghost are relatively new to the scene, but their Chomsky-meets-Black Flag take on dirty punk is already well known in the underground, and about as subtle as Henry Rollins demanding his first morning cuppa. Solid Gold Wreckers are a sprawling instrumental three-piece with a nice blend of punk ethos and experimental ingenuity, occasionally short on song structure but long on good ideas. Milestone (Davis)