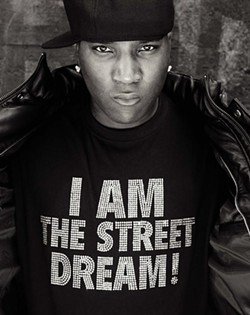 When: Tue., Aug. 2, 8 p.m. 2011
Price: $28
Along with DJ Drama, he turned the mixtape game on its head with 2005's Trap Or Die. Since then, he hasn't disappointed, and the streets have been clamoring for his fourth studio, TM103, for more than a year now. While that project inches closer to Dr. Dre's Detox lure, he's still touring on countless mixtape and album hits. A favorite guest feature of Jay-Z and Kanye West, no one tears through a set like him. Even casual fans will note his shows flow hit after hit, with the thug motivator sprinkling his trademark charisma and clever wordplay over every track. With Freddie Gibbs, Charlotte's Deniro Farrar and J. Capri.
— Mike McCray