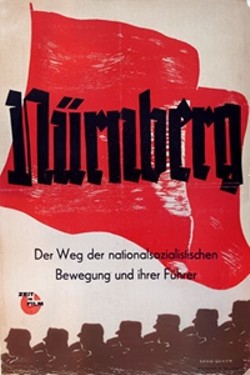 "Nuremberg: Its Lesson For Today" shows how the four allied prosecution teams from the United States, Great Britain, France, and the Soviet Union built their case against the top Nazi leaders. As documented in the film, the trial established the "Nuremberg principles," laying the groundwork for all subsequent prosecutions, anywhere in the world, for crimes against the peace, war crimes, crimes against humanity, and genocide.

Nuremberg: Its Lesson For Today (Nurnberg und seine Lehre) (1948) is not showing in any theaters in the area.