Winemaker known for his Merlots 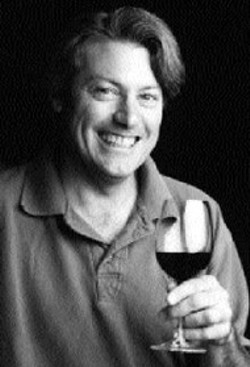 Winemaker Bob Foley has every reason to be arrogant and self absorbed. His Pride Mountain Vineyards wines have a cult following and receive 90 plus ratings from wine magazines. But instead Foley is unassuming, down to earth, and charming.

Foley was in Charlotte for the 2002 Wine & Food Weekend. I had an opportunity to talk with him before the Thursday night Pride Mountain Winemaker Dinner at Sonoma Bistro, an event which sold out last September before it had been announced to the general public.

Foley graduated from the University of California at Davis in 1977 with degrees in both Viticulture and Enology. His first job was participating in the 1977 harvest at Heitz Cellars. He then helped to establish Markham Vineyards and stayed on as winemaker for 15 vintages. After a year of consulting work, he became winemaker at Pride Mountain Vineyards, established by Jim and Carolyn Pride in 1990. The winery is located on 170 acres of Spring Mountain, part of the Mayacamas Mountain range, on the Napa-Sonoma County line at an elevation of 2,100 feet. Originally, the property was the Summit Ranch, which first planted vineyards in 1869.

Fall 2000 was to be the first release of Foley's own label, Robert Foley Vineyards. But the stock of his 1998 Robert Foley Napa Valley Claret ($98), a Cabernet Sauvignon and Merlot blend which garnered a 90 rating from Wine Spectator, was destroyed in a warehouse fire that June. The fire consumed about 85,000 cases of wine from 20 wineries.

CL: You decided to become a winemaker in the 1970s, a time when not many people were doing that.

Foley: My mother and father had planted a vineyard back in 1964. We were living in East Bay. My dad was in aerospace. He and his research group were very interested in wine and we had the land, so we planted grapes from cuttings from a nursery in St. Helena. When I was in fifth grade, I was around training the vines and then pruning the vines. We started making wines when I was a junior in high school. By high school the wine was getting better, and we were buying French oak barrels. It was my dad's hobby that the whole family got involved in. It was pretty fun. A fellow who lived two doors down, Bill Miller, worked for the marketing department of Inglenook. He was the individual who pointed out to me that you could go to UC Davis and major in this and actually pursue winemaking as a vocation.

Not many people were going into winemaking then.

That's correct. There was sort of a wave of winemakers who came out of Davis right around 1969, 1970. Then there was a lull because there wasn't much of an industry. I remember when there were 14 wineries in Napa Valley. Now there are 250. The wine culture was destined to come to America. We are a European rooted country and the wine culture is rich and very old over there. People do grow up to be winemakers in Europe and have done so for a long, long time.

No. That was the worst bottling day of my life. I had shown up at Kornell Cellars to bottle Pride Cabernet. There was smoke coming from the building. Not much, but we couldn't get in because there was a lot of smoke downstairs. A water heater had kind of smoldered and had ignited a plywood wall and (the fire) went up through a concrete floor to the upstairs where it was all combustible. So it was a slow fire that had smoldered all night.

Pride had a little bit of case goods library reserve wines upstairs. I had the whole first vintage of Robert Foley Vineyards upstairs which were basically ready to be shipped. The fire consumed all of that, with the exception of a dozen bottles and five cases of wine at my house for samples, and the three-liter bottles being etched by hand at another facility. That is all that remains of that first vintage. The whole summer my entire wardrobe and pickup smelled like a campfire. That smell just doesn't go away. For months and months. We steam cleaned all the barrels. The barrels were in an adjacent building and weren't involved in the fire, but the smell just permeated everything.

Tell me about your label, Robert Foley Vineyards.

Out of their good will, Jim and Carolyn Pride gave me and my wife (now divorced) the ultimate thank you for the work I have done for them and that was to create a blend -- another blend, we make a lot of blends at Pride -- with my name using Pride cru and using that facility. I do have land that I hope to develop some day on Howell Mountain. It has become almost impossible to develop land in Napa County anymore especially on a mountain because of the restrictive codes, and there is another issue of water. But it's still a possibility. But the Prides offered their resources saying maybe you can use your grapes someday, but you are welcome to use ours. They are much more than employers and much more than good friends.

One final question. You are known for your Merlot. How did that interest start?

My involvement got started when my parents first planted it. At Markham we were producing Merlot in order to have a red wine that was ready sooner than the Cabernet. Merlot was sort of a little brother to Cab. No one knew what it was. I believe Martini may have predated us producing it in 1966 but gave up because there wasn't a market. Sterling predated us by a year or two. Markham was the third producer of varietal Merlot in Napa Valley and only one of two active in the day that we did it. Duckhorn followed and then some of the other names.

I knew after my 15 years at Markham and a year consulting that when I got on board with Pride, we wanted to bring Merlot to the mountain. These mountain Merlots are a whole new level. These Merlots are serious big boy wines that are going to age for 20 years.