Oscar's Leap of Imagination | Features | Creative Loafing Charlotte
Switch to the mobile version of this page.

Will the Academy finally reward a fantasy flick? 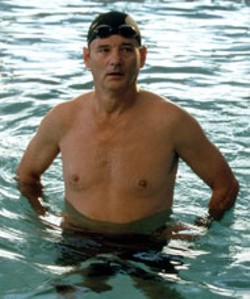 If there's one thing that Gollum and I have in common -- well, beside our mutual tendency to sound like we're hacking up hairballs -- it's that, when it comes to this year's Oscar race, we both have nowhere to go but up.

In predicting the major categories in last year's contest, I went 3-for-8, my worst showing in approximately two decades of Oscar prognosticating. But Gollum and his ilk have it even worse: Fantasy and science fiction films have gone 0-for-75 at the Academy Awards, with no movie in the genre ever having earned a Best Picture Oscar.

A handful of fantasy flicks have managed to snag a Best Picture nomination here and there -- Star Wars, E.T. The Extra-Terrestrial, the Lord of the Rings flicks -- but because of the Academy's well-established bias against movies that take extraordinary leaps of imagination, none have been victorious in the top category. Of course, that's all supposed to change this year, as the third LOTR movie is deemed the front-runner. But I don't think it's quite the lock that others seem to believe.

The 76th Annual Academy Awards will be presented at 8pm Sunday, February 29, on ABC. Here, then, are the contenders in the Big 8 categories, as well as my predictions and preferences.

Prediction: The Lord of the Rings: The Return of the King. The evening's Tolkien momentum might get slowed down in this category, where either Seabiscuit or Mystic River could easily pull off an upset. Still, I'll stick with Lords under the assumption that this will serve as a reward for Walsh, Boyens and Jackson adapting all three books so efficiently.

Preference: City of God. At heart, this drama about street wars in Rio de Janeiro is nothing more than a gangster flick, and we've all seen how tired that genre has become. Yet nothing about this film feels recycled, and that's largely due to Mantovani's skill in presenting us with distinct individuals in a specific locale.

Prediction: Lost In Translation. Much has been made of the fact that Jim Sheridan wrote the script for his heartwarming tale with his daughters, and that gives In America a formidable edge to emerge as the "sentimental" favorite. Yet I suspect it will be another daughter -- Francis Coppola's -- who will take this prize, partly because she's almost sure to lose in the directing category but mostly because she clearly deserves the award.

Preference: Lost In Translation. A unique premise, two memorable lead characters, sparkling dialogue and a pleasant spiritual aftertaste all add up to the year's best script in either category.

BEST DIRECTOR Sofia Coppola, Lost In Translation; Clint Eastwood, Mystic River; Peter Jackson, The Lord of the Rings: The Return of the King; Fernando Meirelles, City of God; Peter Weir, Master and Commander: The Far Side of the World.

Prediction: Peter Jackson, The Lord of the Rings: The Return of the King. Jackson won both the Directors Guild Award and the Golden Globe, so he seems a safe bet. But don't rule out Peter Weir, an Oscar perennial whose Master and Commander nearly tied Jackson's yarn as the year's most nominated film (one shy of Rings' 11).

Preference: Peter Jackson, The Lord of the Rings: The Return of the King. Coppola versus Jackson is classic "apples and oranges," not to mention "intimate vs. epic" and "David vs. Goliath." Deep down, I'd like to see Coppola take the prize, but it'd almost be churlish to deny Jackson his due for his exhaustive efforts on this series.

Prediction: Renee Zellweger, Cold Mountain. Many have complained about her over-the-top work as a Southern hillbilly, but all I can say is that her overacting was a blessed relief when contrasted with the glum performances by Jude Law and Nicole Kidman. Her scenery-chewing is Oscar catnip, and having lost last year for Chicago only adds to the feeling that she's due. Her greatest enemy, though, is Miramax head Harvey Weinstein -- if he keeps moaning about Cold Mountain's lack of a Best Picture nomination, then Academy voters may shut the film out completely, just as they did last year with Weinstein's Gangs of New York.