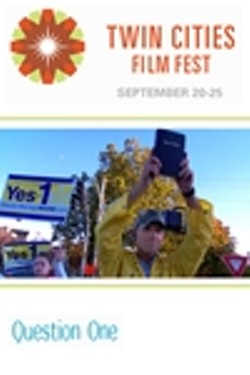 On May 6th, 2009 Maine became the first state in this country to legislatively grant same-sex couples the right to marry.

Seven months later, on November 3rd 2009 Maine reversed, becoming the thirty-first state in this country to say "no" to gay and lesbian marriage. Filmed from within both campaigns, "Question One" chronicles the fierce and emotional battle that took place in Maine during that time, a battle whose political symbolism is a bellwether for the greater ideological battlefield in American politics.

Question One is not showing in any theaters in the area.