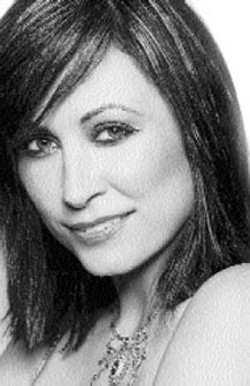 OCTOBER23-WEDNESDAY
You can get some exercise while helping a worthy cause at the Carolina Tennis Network Breast Cancer Championship. The single elimination, USTA-sanctioned tournament will include various skill levels, with men's and women's singles, as well as doubles and mixed doubles divisions. The tournament is scheduled for October 31 through November 3 and will be held at the Jeff Adams Tennis Center at 1700 W. Tyvola Road. This is the tournament's third year in Charlotte, with proceeds going to The American Cancer Society's "Making Strides Against Breast Cancer" division. Call 704-553-9826 or e-mail cunninghamlisa @carolina.rr.com for more info. (Boykin)

A kinder, gentler Halloween ghost tale haunts Spirit Square this year as Children's Theatre brings Oscar Wilde's The Canterville Ghost uptown through October 27. In this stage adaptation by Marisha Chamberlain, the Otis Family purchases the ancient estate of Lord Canterville and discounts his warning that a 300-year-old ghost comes along with the furnishings. Sure enough, the long- suffering Simon de Canterville pops out of the woodwork, but he has a frightful time trying to scare the kindly, scientific Otises. Mark Sutton stars as the Ghost, with noteworthies April Jones, Jill Bloede and Tony Wright also in the cast. Plenty of technical wizardry is promised. Reserved seats cost $15, general admission is $10. Call 704-333-8983. (Tannenbaum)

Charlotte Rep, in a co-production with Syracuse Stage, brings David Henry Hwang's M. Butterfly to the Queen City, 14 years after the exotically erotic reversal of Puccini's tragic opera took Broadway's Tony Award. J LaRue tackles the challenging role of Song Liling, the Chinese opera diva who turns out to be a Maoist undercover agent -- with a Y chromosome. Allen Fitzpatrick is the hapless French diplomat, Rene Gallimard, who somehow manages to delude himself for 20 years about his paramour's gender and politics. And it's based on a true story! The show runs October 24-November 10 ($26-$31.50) at Booth Playhouse. Call 704-372-1000 for tickets or surf to www.charlotterep.org. (Tannenbaum)

The Actor's Theatre of Charlotte continues their production of Moises Kaufman's drama, The Laramie Project, based on the experiences of a small town in Colorado after the killing of Matthew Shepard. County Commissioner Bill James is complaining about this show, so you know it's got to be good! The show will run through October 27 in Spirit Square. Each Thursday show is followed by a "talk-back" session with the cast and director. Showtimes are Wednesday-Thursday at 7:30pm, Friday-Saturday at 8pm, and Sunday, October 27, at 2pm only. Tickets range from $15-$20. For more information, call 704-372-1000 or visit online at www.actors theatrecharlotte.org. (McKinney)

OCTOBER24-THURSDAY
Lips are sealed coffin-tight about Off Tryon Theatre Company's Halloween production of Dracula, which runs through November 2. We've pried loose an admission that Sheila Snow Proctor, CL's reigning Actress of the Year/Sexiest Woman in Charlotte, will play the spider-eating madperson, Renfield. Count on Jimmy Chrismon, Stan Peal and Beth Pierce as the other noteworthies onstage while Anthony Proctor's set design features splashes of Edward Gorey. An unprecedented NoDa-Sferatu Dinner Party at Boudreaux's at 5:30pm precedes this Saturday's performance -- with a post-performance party slated for the same night. All performances begin at 8pm with a special Pay What You Can show on October 30. Otherwise, $15 covers adults, $12 students and seniors. Call 704-375-2826 for tickets or e-mail offtryon@yahoo.com. (Tannenbaum)

OCTOBER25-FRIDAY
As late as the January 2002 edition of Rosie, Linda Eder was scorning fame. Well, now we have a new CD and -- surprise! -- a new Linda. She's gone totally country, totally pop, totally rock, and crossed over to every commercial frontier that's out there. After a triumphant Charlotte Symphony Orchestra debut in January 2001, which diva will we see when CSO presents Encore! Linda Eder at newly renovated Ovens Auditorium? Hey, with an intermission costume change, we'll probably get both. And artistic integrity be damned, this babe can sing. She'll perform Friday and Saturday at 8pm. Tickets cost $15-$64. Call 704-972-2000 or log onto charlottesymphony.org. (Tannenbaum)

This is the last weekend of Scarowinds, the annual haunt held at Paramount's Carowinds. Select roller coaster rides are open during this nighttime operation, but the big draw is the quintet of special horror attractions. One of them, Castle Escape, is an interactive virtual-reality show experienced by donning a pair of goggles, while the other four features, Nightmare Manor, Alien Crypt in 3-D, Psycho Path and Dead End, basically consist of strolling through haunted mansions or down spooky trails. There's practically no wait to check out the latter four attractions, but it was well over an hour wait for Castle Escape, which was the weakest of the attractions (go figure). The best of the bunch was Dead End, a labyrinth that's a truly disorienting experience. Hours are 7pm until midnight tonight and tomorrow night. Tickets cost $31.99 ($24.99 if ordered online) and can be obtained by calling (704) 588-2600 or going to www.carowinds.com. (Brunson)

Talented songwriter Steve Forbert will perform songs from his hometown of Meridian, MS, tonight at the Neighborhood Theatre. Forbert is touring in support of his new release, Any Old Time, a tribute to his hometown hero and country music legend Jimmie Rodgers. Stacey Earle (yes, Steve's little sister), along with husband Mark Stuart, will join Forbert on stage. Showtime is 8pm and tickets cost $15. For more details, call the theatre at 704-358-9298. (Farris)

She's racy, she's raunchy, and she always says what's on her mind. But don't let that scare you away. Judy Tenuta is extreme, but she's also extremely funny! She's recorded two Grammy nominated CDs: Attention Butt-Pirates and Lesbetarians (yes, that's the actual name) and In Goddess We Trust. Her newest CD, A Space Goddessy, is in stores now. The Mistress Tenuta brings her message of unity and worship for all women to the Comedy Zone tonight and tomorrow night at 8pm and 10:15pm. Tickets are $15. For more information, call 704-348-HAHA or visit online at www.thecomedyzone.net. (McKinney)

OCTOBER26SATURDAY
There'll be plenty of parties this weekend, including the 3rd annual Grave Diggers Ball, being held in the Dixie's Tavern parking lot on 7th Street. Gals and ghouls will be treated to an Old Skool Dance Party with the one and only "Funky Cold Medina"-rappin' Tone Loc. A costume contest will also be held, with one lucky winner walking away with $1,000 in cash. The show will go on rain or shine, with gates opening at 6pm. Tickets cost $12 in advance and $15 the day of the event. The event is open to ages 18 and up. To purchase tickets by phone, call 1-800-594-TIXX. (Farris)

If you're really looking for something freaky to do for Halloween, head over to the Hungry Duck (607 W. 5th St.) for the fourth installment of Purgatory. The show, Something Wicked This Way Comes, will feature performances from Mistress Autumn Twilight and Dr. Spankenstein (oh yeah!). Although said performances are advertised as being erotic and shocking (if only you could see the press photos), the promoter insists their motto is "safe, sane, and consensual play." So start strategically placing that electrical tape now and catch one of the wildest parties in town. Doors open at 9pm and cover is $12. The event is open to ages 18 and up. For more info, check out www.purgatory-theshow.com. (Farris)

Just a reminder -- for those of you who haven't been yet, and those who can't get enough -- the Renaissance Festival continues through November 17. Don't miss your chance to chow down on giant turkey legs and chug goblets full of mead. The big treat on Halloween weekend is always a ghoulish twist to the jousting tourney. Tickets are $12 for adults, $5 for kids 5-12. For more information, call 704-896-5544 or visit online at www.renfestinfo. com. (McKinney)

OCTOBER27SUNDAY
The 3-3 Carolina Panthers take on the Tampa Bay Buccaneers Sunday at stately Ericsson Stadium. Look for a low-scoring, hard-fought battle, as both teams rank in the top 5 in the NFL in team defense. Tickets for the game are $24 and up, available by calling 704-522-6500. (Davis)

OCTOBER28MONDAY
Shanghai Ballet is touring its production of Coppelia for two solid months across the country. Their one-night Charlotte engagement is the lavish launching pad for Carolinas Concert Association's 2002-03 season. Composer Leo Delibes takes his inspiration from "The Sandman," one of E.T.A. Hoffman's fantastic stories: in a Polish village, doddering toymaker Doctor Coppelius creates something very close to a living doll. The engaged couple who live across the square get curious -- and triangularly involved -- in this melodious 1870 romp, the first comedy to become a staple in the ballet repertoire. Call 704-527-6680 to hop aboard. (Tannenbaum)