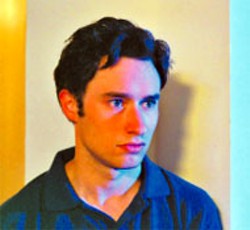 June 01 - Wednesday
Unlike the playwright's cult classics, Vampire Lesbians of Sodom and Psycho Beach Party, Charles Busch's The Tale of the Allergist's Wife was conventional enough to become his entrée onto Broadway. Artistically, Busch was spreading his wings, shedding his penchant for starring in his own comedies — in drag. But the two prime roles remain women: the deeply depressed title character and her free-spirited best friend from high school. The vivacious Lee is enough woman for both the allergist and his wife, making this Busch's most subtly subversive comedy. Daryl Wood Gerber, Elyse Williams and Craig Spradley star in this Actor's Theatre production at 650 E. Stonewall Street through June 18. Tickets are $17 for Wednesday and Thursday evening performances, starting at 7:30pm, and for the 2:30pm Sunday matinee. Friday and Saturday curtains are at 8pm with tickets priced at $22. A Tuesday pay-what-you-can is scheduled on June 7. Call 704-342-2251. (Tannenbaum)

June 02 - Thursday
Two movies filmed in Charlotte will make their local bows on the same day. The Rest of Your Life, a thoughtful look at a group of twentysomethings trying to make sense of their lives, will screen at 7:30pm tonight at the Visulite Theatre. The event will also feature live performances from bands featured on the film's soundtrack, as well as appearances by cast and crew members. Admission is $10; call the Visulite at 704-358-9200 for more info. Also this evening, The Light Factory will present the fact-based murder tale Among Brothers in the Duke Power Theater at Spirit Square. Showings will be held at 7pm and 9pm tonight and tomorrow night. Writer-director John Schwert and writer Tom Morgan will be in attendance, and a Q&A will follow the screenings. Admission is $10 in advance and $12 at the door. Call 704-333-9755 for details. See our feature on both movies in this issue's Film section. (Brunson)

June 03 - Friday
For one brief weekend, gluttons can adopt the more audience friendly term of "food aficionados" for the annual Taste of Charlotte. Charlotte's largest food festival marks its return to Center City with an eclectic mix of family entertainment, shopping, live music and more than 100 items for sampling from area restaurants. For the child with a palate not yet refined, Taste of Charlotte offers Adventure Village, a special section featuring interactive play equipment and local mascots. And the guy who enjoys baseball over bouillabaisse can drop in on the Extreme Sports Zone, complete with a climbing wall, bungee games and other sporting events. Last year's festival drew approximately 100,000 visitors, so they must be doing something right. The event, sponsored by Lowes Foods, will occupy Tryon Street between Second and Sixth streets. Festivities run today through Sunday from 11am to 11pm — except for Sunday, which tops off at 6pm. For more information, visit www.tasteofcharlotte.com. (William Fonvielle)

Catch Them If You Can: Emotions run high in this week's recommended movie openings. Ron Howard's Cinderella Man is a touching biopic about Depression-era boxer Jim Braddock, with a typically solid performance by Russell Crowe. The Sisterhood of the Traveling Pants is a charming tale about four teenage girls who remain connected during one long hot summer via a pair of shared jeans. And Mad Hot Ballroom is an inspiring documentary about public school students in New York who find joy in the pleasures of ballroom dancing. For reviews, see this issue's Film section; for theaters and showtimes, go to the Moviefone link at charlotte.creativeloafing.com/flicks_toc.html. (Brunson)

June 04 - Saturday
Charlotte native Jason Griscom's Come Get Some, a locally shot production in which zombies invade an unsuspecting North Carolina town, returns for its second Queen City engagement (following its March 2003 premiere) at 8pm tonight at the SK Net Café on Elizabeth Avenue. The tongue-in-(bloody-)cheek horror-comedy, which owes a debt to the George Romero oeuvre, has been making the film festival rounds and copped the "Best Horror" award at the New York International Independent Film and Video Festival. The screening will be followed by live performances from three area bands at 10pm. Admission is $5 (and feel free to come dressed as a zombie); for further details, call 704-334-1523. (Brunson)

The 15th Annual Black Literary Weekend will take place for the first time in Charlotte. The weekend's public component is today's Literary & Arts Festival at the Wadsworth House & Garden, 400 Summit St., which will include appearances by authors Omar Tyree and Shahrazad Ali, music, ethnic foods, vendors, art exhibits and kids' activities. The festival takes place from 10am-8pm and is free. For more info, call 704-509-2226. (Grooms)

June 05 - Sunday
Before saying hello to ImaginOn this coming fall, Children's Theatre is bidding a fond Farewell to Morehead this week, as one of our finest cultural organizations ends its sojourn at 1017 E. Morehead Street. The free Family Day festival runs from 2-5pm at the old fantasy palace with games, crafts, light refreshments and Jingles the Jester. Tarradiddle Players, the company's well-traveled troubadours, join the festivities with some zany storytelling, and clown prince Hardin Minor is among the featured guests on hand to delight the family. A great way to share the memories and the merriment — or provide newcomers with a foretaste of Children's Theatre's fabulous future in the Center City. (Tannenbaum)

Now that a sponsor has been found, the annual concerts will remain free. Now it's time to think about what to put in your picnic basket for the first Summer Pops concert of 2005 at Symphony Park. Don't forget the popcorn or the chips! Charlotte Symphony supplies the musical junk food, serving up "America, the Beautiful," the "Imperial March" from The Empire Strikes Back, and tributes to Irving Berlin and George M. Cohan. There's a dash of protein tossed in there, with "Solveig's Song" and Borodin's "Polovtsian Dances," but nothing that might tax your anklebiter's intellect. So bring your family to a choice spot on the lawn for the pre-concert Prelude at 7pm with the Charlotte Youth Orchestra, and watch the stars come out with the CSO at 8:15pm. (Tannenbaum)

The Garza Brothers are better known in the musical universe as Los Lonely Boys. There's an unmistakable Stevie Ray Vaughan signature in the Mexican-American trio's work, but let's take the boys on their own merit. They know how to cut a groove with laid back Latin rock and pop that's infused with freewheeling roots music. And they aren't too shabby when it comes to playing Texas blues. The boys open for Santana at Verizon Wireless Amphitheatre at 7pm. Tickets are $23.50-$53.50. For further details, call 704-522-6500 or visit www.verizonwirelessamphitheater.com. (Shukla)