A chat with filmmaker Lynn Shelton

Mark Duplass stars as Jack, who, emotionally struggling a year after his brother's death, takes up an offer from his friend Iris (Emily Blunt) to stay at her father's isolated cabin to seek comfort and closure in the solitude. There, Jack encounters Iris' sister Hannah (Rosemarie DeWitt), who is reeling from the abrupt end of a seven-year relationship. The two bond over a long night of drinking and swapping stories, which triggers a messy entanglement of relationships when Iris arrives for a surprise visit. 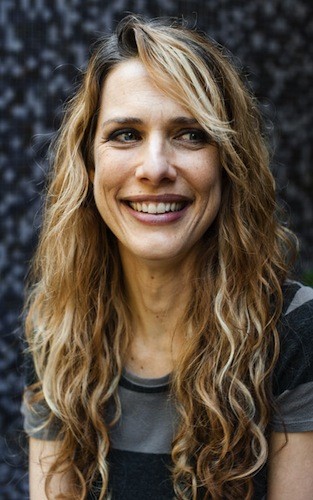 To coincide with the film's theatrical release (read Matt Brunson's review here), Shelton recently took time out to chat with Creative Loafing about her movie.

Born and raised in Seattle, Shelton studied photography and acting before transitioning into film editing and experimental/documentary filmmaking. She's best known for her third feature film, Humpday, where it was honored with a special jury prize at 2009's Sundance Film Festival and purchased by Magnolia Pictures. The film is about two heterosexual male friends Ben (Duplass) and Andrew (Joshua Leonard) who find themselves locked in a "mutual dare" to make a gay pornography film as an "art project" between two straight guys and submit it to a film festival.

Humpday marked Shelton's first collaboration with Duplass, who is also an accomplished writer, director and producer. Along with his brother Jay, Mark has directed films like Cyrus, Jeff Who Lives At Home and The Do-Deca-Pentathlon.

With Your Sister's Sister, the genesis of the project started with Duplass. "He called me and said, 'I think I have your next movie,'" says Shelton. Initially, Duplass imagined his character would get involved with his best friend's mother, creating a super-awkward love triangle of sorts.

"I wanted to change the mother to a sister because I'm fascinated by really complicated, love-hate sister relationships," says Shelton, who describes her own sibling relationship as "very boring and drama-free."

Shelton wrote a dialogue-heavy, 70-page script as a launching point for her cast. But she encouraged the actors to bring their own cadence and rhythm to the dialogue, hoping to capture a genuine moment on screen. "I told the actors, 'If you like a line, feel free to use it. Don't feel precious about the exact wording of it — feel free to change the order — or if you want to go completely off the grid and find your own way, go for it.' I'm looking for naturalism, real people on screen having real conversations — so improvisation can really help with that process."

"Originally, it was going to be Emily Blunt and Rachel Weisz," says Shelton about the casting of Your Sister's Sister. Blunt, Weisz and Duplass met regularly with Shelton over the course of eight months, developing backstories for their characters. They would often share real-life stories and experiences in an attempt to find the intricacies in their characters' personalities and motivations.

"Three days before the shoot, we lost Rachel [for the film]. It was terrible, really heartbreaking for everybody — and I thought the project was dead in the water." Shelton realized that, while she lost the actress, she still had the dialogue and a character bible that contained all the backstory on Weisz's character.

"As soon as I realized we could do it, Rosemarie DeWitt leapt to the top of my wish list for replacements." Best known for her roles in Rachel Getting Married, United States of Tara and Mad Men, DeWitt caught Shelton's eye with her genuine, believable performances. "I had this very strong sense that, if I could get her to do the movie, everything would be OK," recalls Shelton. "I had never met her, never worked with her, but I just really believed in her when I saw her work — I knew she would nail it."

After the cast had been assembled, Shelton shot the entire film in 12 days. "It was such a short window of time, I knew I had to move quickly — we were shooting 35 scenes a day."

While there's a lot of humor amidst the family drama, it isn't really a comedy. "First and foremost, I'm trying to tell a story, so the humor comes from a very contextual place," says Shelton. "It's character and situation-based, but there are no jokes in my movies. I find the biggest laughs come from the days on set that were the most serious — when things get the most awkward and intense for the characters, that's when the laughs come from the audience because they recognize those situations. You know, 'That's the exact same look my wife gets on her face when she knows I'm bullshitting her!' Hopefully — and this is what I'm going for — these characters feel real and authentic."