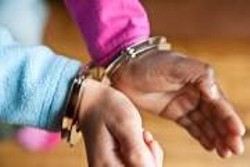 When: Mon., Jan. 16, 2-5 p.m. 2017
www.strangefruitredux.eventbrite.com
Research on racial disparities in school discipline post integration, showed that Black children were twice as likely to be suspended from school as their White counterparts. Subsequent reports have revealed that African American students are suspended three times more often than White students. Suspension rates for all students have doubled since the 1970’s. In 1973, the national suspension rate was 3.7 percent compared to 7.4 percent in 2010. This is a public screening and "talk back" with distinguished panelists.