Taken 2: Two too much | Reviews | Creative Loafing Charlotte
Switch to the mobile version of this page.

Taken 2: Two too much 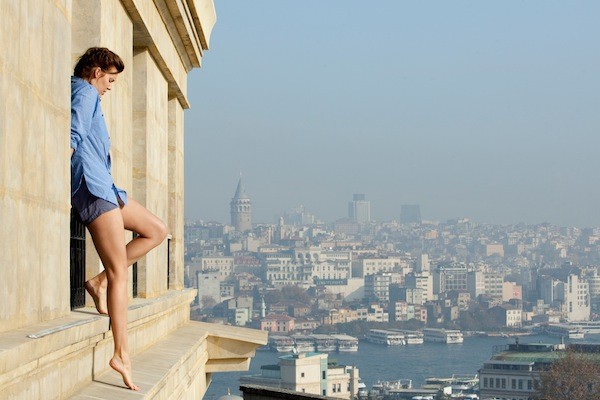 Is there a more authoritative presence in movies today than Liam Neeson? The Irish actor has always had stature on screen, but ever since his character laid out the rules to the Albanian dirtbags who kidnapped his daughter toward the beginning of 2009's Taken (the speech that opens with "I don't know who you are" and ends with "I will find you, and I will kill you"), he's subsequently shown that no one or no thing — whether it be humans (Unknown) or wolves (The Grey) — should mess with him. When he speaks, his gruff voice and no-nonsense demeanor mean we should listen — heck, were Neeson to show up at my front door right this minute and calmly tell me that I need to set fire to my own residence, I would start hunting for matches immediately.

A similarly destructive request is forwarded by his character in Taken 2, in which he returns as ex-CIA operative Bryan Mills. As he's held prisoner by the thugs hoping to avenge those he killed in the first film, he's communicating with his daughter Kim (Maggie Grace) via cell phone. In order for her to locate his whereabouts, he needs to pinpoint his position, so he orders her to toss grenades(!) over the rooftops of Istanbul so he can listen for the blasts. Somehow, I doubt Bryan would be so quick to explore this route if he was being held hostage in a California or Pennsylvania suburb, but such is the "us against them" view taken by this cheerfully xenophobic series that, intentionally or not, mainly pushes the notion that Americans should stay home since the rest of the world is a dangerous place populated with nothing but sex traffickers and gun-toting loonies (since, God knows, we don't have any of those types in the U.S. of A.).

Such a myopic view is easy to ignore because these are disposable popcorn pictures with little political or moral heft — besides, the first Taken was actually an exciting, accomplished movie that expertly mined its premise (cuz, really, who doesn't want to see Liam Neeson blow away sleazoids who turn teenage girls into drug-addled sex slaves?). Taken 2, however, is nothing more than a lazy retread, with a director less skilled in the art of action choreography (Olivier Megaton replaces the first film's Pierre Morel), generic villains rounded up from Central Casting (at least the bad guys in the first film managed to ooze pure evil), and an endless car chase that somehow manages to run 100 minutes in a 90-minute movie. Unless my math is way off, in which case it just felt that way.

Taken 2 is not showing in any theaters in the area.