The Beguiled gets lost in translation | Reviews | Creative Loafing Charlotte
Switch to the mobile version of this page.

The Beguiled gets lost in translation 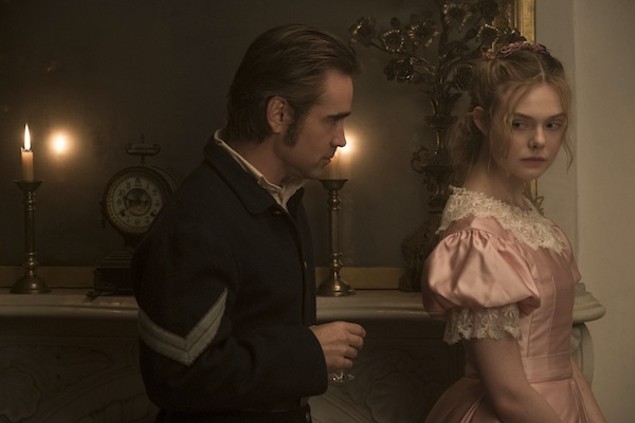 Based on Thomas Cullinan’s novel, Don Siegel’s 1971 drama The Beguiled cast Clint Eastwood as John McBurney, a wounded Union soldier who gets nursed back to health at a remote all-girls school in the South during the Civil War. All of the women, from the middle-aged head of the institute (Geraldine Page) down to the precocious preteen (Pamelyn Ferdin), are drawn to the male in their midst, leading to jealousy, mistrust and violence.

Between the poor marketing by Universal Pictures and an atypical role for Eastwood, The Beguiled was a box office flop, yet its status as a complicated and intriguing work remains undisturbed. Writer-director Sofia Coppola has now chosen to offer her own interpretation with a new picture, also titled The Beguiled. But what’s baffling is her decision to strip the piece of all nuance and all complexity.

Colin Farrell is fine as McBurney, but whereas the ’71 model fascinatingly presented the character as fundamentally rotten but blessed with the ability to compliment, cajole and con at will, this version offers basically a nice guy who eventually snaps and turns into a raging psychopath. As Martha (Page’s old role), Nicole Kidman also delivers a strong performance, but her character is less layered than before – all touches of madness have been removed, leaving only a character whose actions don’t always make sense within the context of what’s presented.

Two of the women who become involved with McBurney remain front and center, but both Kirsten Dunst and Elle Fanning are miscast in these roles. Missing completely — to the project’s great shame — is the character of the slave (Mattie in the book, Hallie in the previous movie) who works for Miss Martha — unlike all the school teachers and schoolgirls draping themselves over him, she alone sees McBurney in his true light. For reasons too spoilerish to blurt out, Hallie (superbly played by Mae Mercer in ’71) is integral to key revelations revealed late in that film. For her part, Coppola simply drops the character altogether, marking this as a particularly unpleasant example of whitewashing.

Then again, such an excision isn’t exactly shocking. Since her out-and-out masterpiece, 2003’s Lost in Translation, Coppola has only written and directed middling movies about the inconveniences faced by privileged white women. The old axiom states that one should “write what you know,” but in Coppola’s case, that’s proving to be unfortunate career advice.