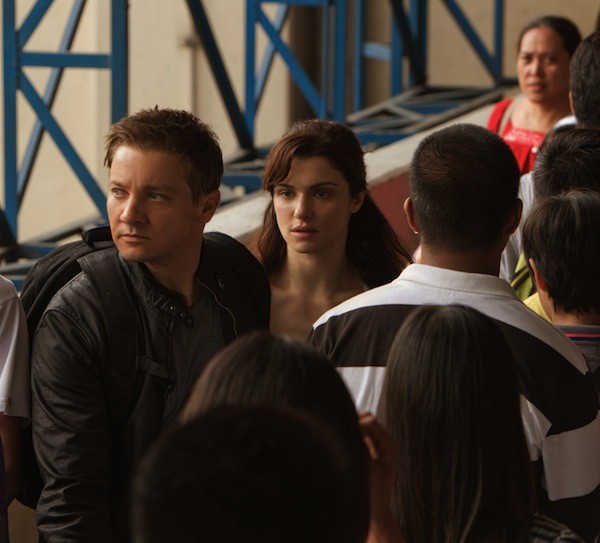 No Matt Damon? No problem!

With the actor having ably tackled the role of Jason Bourne in the trio of films based on Robert Ludlum's best-selling Bourne trilogy — and with attempts at bringing Damon back for a fourth, uncharted Bourne project falling through — the studio has opted to head in another direction with The Bourne Legacy. To be sure, it's about as useless a sequel as, say, More American Graffiti or The Sting II (yes, those films really do exist), and its sole, cynical purpose is to keep a franchise on life support so as to generate a few more box office dollars before the inevitable flatline. Fortunately, Tony Gilroy, who scripted the Damon Bournes, has remained with the project — he's now writer and director — and his continued involvement at least ensures some sort of narrative cohesion.

That's not the case initially, as the film does little to welcome back those folks who don't have the original trilogy in their DVD library: In between scenes introducing us to the character of covert operative Aaron Cross (Jeremy Renner), there's much talk regarding the concurrent actions of Bourne himself, and viewers might need to acclimate themselves to the info overload concerning Treadstone, Pam Landy, Noah Vosen and other keywords that would draw up the series in a Google search. Eventually, the movie settles down and focuses on the efforts of Cross to evade a government that now views him as expendable; his only ally is Dr. Marta Shearing (Rachel Weisz), a scientist who finds herself similarly disposable.

Thanks to Weisz's performance, her character becomes the audience surrogate more than Renner's impenetrable Aaron Cross, who isn't given enough dimension to emerge from Jason Bourne's shadow. The action sequences, a vivid draw in the other films (particularly The Bourne Ultimatum), run hot-and-cold here: A battle inside Marta's home is superbly orchestrated, but a climactic chase through the streets of Manila is overbaked, particularly when one notes that the assassin in pursuit proves to be as indestructible as a T-1000 sent from the future.

The Bourne Legacy is not showing in any theaters in the area.