The Company You Keep: Worth a short visit | Reviews | Creative Loafing Charlotte
Switch to the mobile version of this page.

The Company You Keep: Worth a short visit 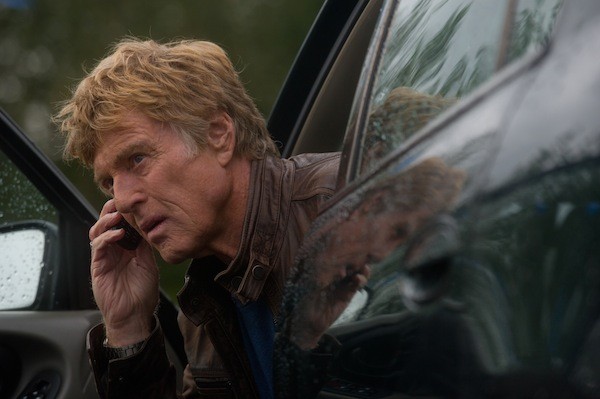 There's a musty smell surrounding The Company You Keep, director-star Robert Redford's drama about a small-time lawyer who's forced to go on the lam after he's outed as a murderous 1970s radical. Redford, an admirable progressive in real life, used to routinely channel his politics into his pictures — All the President's Men and Three Days of the Condor are two of his great films in this vein — and this latest effort feels like an AARP-sanctioned update of those pictures, only with the teeth missing. It also includes many scenes set at a newspaper office where editors bark at staff members in the trusty Perry White-Jimmy Olsen manner and where reporters tend to do most of their research on microfilm machines, only remembering every once in a while that there are computers parked on their desks. As for the climax, it doesn't crackle with excitement as much as shuffle with purpose, like a diner waitress taking an order on a slow weekday night.

Redford stars as Jim Grant, a widower raising his daughter (Jackie Evancho) while doing plenty of pro bono work. The arrest of a suburban housewife (Susan Sarandon) who turns out to be a former member of the Weather Underground's more radical branch — a reactionary involved with a bank heist that left a guard dead — prompts smug young reporter Ben Shepard (Shia LaBeouf) to aggressively pursue the story, and he eventually discovers that Jim Grant is actually Nick Sloan, who's been wanted all this time for his participation in the bank job. Jim/Nick is forced to go on the run, but is he trying to merely escape capture or is he seeking evidence that will clear his name?

Redford, whose 1994 directorial effort Quiz Show remains one of the unsung masterpieces of its decade, and scripter Lem Dobbs (Haywire), adapting Neil Gordon's novel, have created a perfectly respectable film that's fairly intelligent until it elects to insult our intelligence with an obvious, unlikely and lazy denouement that would have been predictable even 40 years ago. Rather than the story, the source of strength in this picture comes from its amazing cast, almost equal to any ever seen in a Woody Allen flick or one of those all-star idiocies from the seventies. In addition to Redford and Sarandon (and, oh yeah, little LaBeouf), the film also features Nick Nolte, Julie Christie, Stanley Tucci, Brendan Gleeson, Anna Kendrick, Chris Cooper and a half-dozen other performers of recognizable name value. Clearly, Redford has no trouble drawing talent; if he's ever interested in remaking Meteor or Midnight in Paris, he's halfway there.

The Company You Keep is not showing in any theaters in the area.