The Film Issue: The best and worst movies of 1984 | Features | Creative Loafing Charlotte
Switch to the mobile version of this page.

The Film Issue: The best and worst movies of 1984

As we celebrate the movies of 1984 — a stellar year for cinema, if you've not read this week's cover story — we list (in alphabetical order) the best and worst films that came out that year.

3. Indiana Jones and the Temple of Doom (Steven Spielberg). The first follow-up to 1981's Raiders of the Lost Ark was criticized by many for its comparatively bleaker material and gross-out bits; never mind that its dark tone works perfectly in the context of this often-macabre tale.

4. The Karate Kid (John G. Avildsen). Avildsen won an Oscar for directing Rocky, so he knows a thing or two about helming a film that really keeps the blood pumping and brings the audience to its feet. As the mentor to the title character (Ralph Macchio), Pat Morita is utterly disarming.

5. The Killing Fields (Roland Joffe). This superb drama, centering on Cambodia's violent political upheaval during the 1970s, casts Sam Waterston as correspondent Sidney Schanberg and Dr. Haing S. Ngor as his assistant Dith Pran, who risked his own life to save that of his boss. 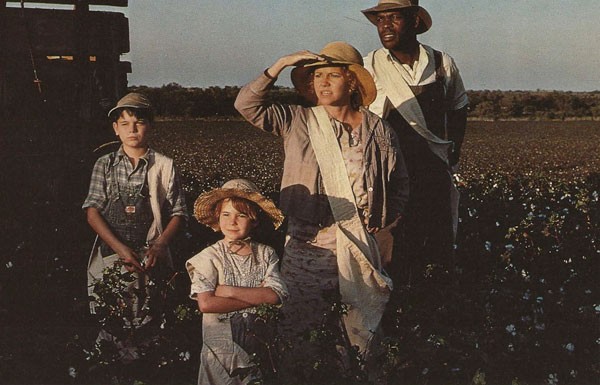 6. Places in the Heart (Robert Benton). My personal pick for the best film of 1984, this Depression-era drama boasts sublime acting from Sally Field (earning her second Oscar), John Malkovich and Danny Glover, a sensitive, Oscar-winning script penned by Benton, and one of the most unforgettable endings I've ever had the pleasure to witness.

7. Romancing the Stone (Robert Zemeckis). An ingratiating mix of comedy, action and romance, this finds Kathleen Turner delivering an award-worthy performance as a novelist who gets mixed up with an opportunistic soldier of fortune (Michael Douglas) as they hunt for a hidden treasure.

9. The Terminator (James Cameron). With its iconic role for Arnold Schwarzenegger, an excellent turn by Linda Hamilton, a slew of cutting-edge effects and endlessly quotable quips, it's no wonder this terrific slice of science fiction became a bona fide screen classic.

10. This Is Spinal Tap (Rob Reiner). This hilarious "mockumentary" about the members of a past-its-prime rock band (played by Michael McKean, Christopher Guest and Harry Shearer) now stands as one of the premier cult movies of all time, an honor no one saw coming back in '84.

Honorable Mentions (In Alphabetical Order): Beverly Hills Cop; Broadway Danny Rose; Country; Greystoke: The Legend of Tarzan, Lord of the Apes; Irreconcilable Differences; A Passage to India; A Soldier's Story; Stranger Than Paradise; The Times of Harvey Milk; Under the Volcano

1. Blame It on Rio. The great Stanley Donen (Singin' in the Rain) lamentably ended his career by directing this leering sex comedy in which a middle-aged man (Michael Caine) has an affair with the 16-year-old friend (Michelle Johnson) of his daughter (Demi Moore).

2. Bolero. Ghastly beyond belief, this film from the husband-and-wife team of director John Derek and star Bo Derek (also responsible for 1981's abysmal Tarzan, the Ape Man) tells the risible story of a woman traveling the world in order to lose her virginity.

3. Cannonball Run II. The competition was fierce (particularly from Bolero), but pound for pound, this Burt Reynolds bomb was the worst film of 1984. Shirley MacLaine went from winning an Oscar for Terms of Endearment to appearing in this idiotic sequel; in other depressing news, it also featured the final film roles for both Frank Sinatra and Dean Martin.

4. Dune. Director David Lynch quickly distanced himself from this notorious adaptation of Frank Herbert's beloved novel, a visual eyesore further hampered by an almost incomprehensible plot and a cast whose members never seem to be on the same page.

5. Hard to Hold. While Prince rocked the 1984 box office with Purple Rain, Rick Springfield came up empty with this inane soaper about the romantic travails of a vain pop star (Mr. "Jessie's Girl" himself). There's a reason this was dismissed by many as Hard to Watch and Hard to Stomach.

6. Night Patrol. The rampaging mediocrity known as Police Academy could have made this list (particularly for spearheading the worst franchise of the '80s), but even it looks like The French Connection when compared to this desperate dud about a cop (Murray Langston) longing to be a comedian. 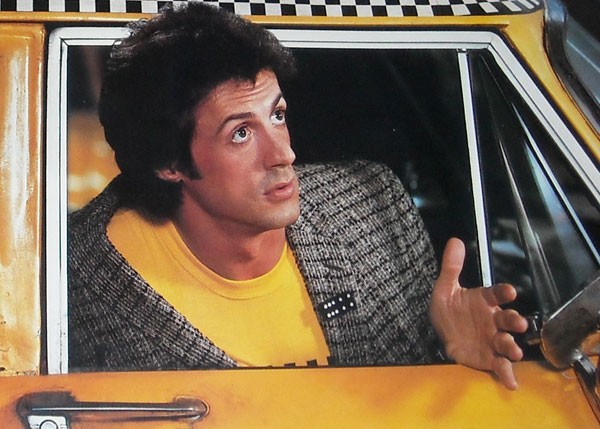 7. Rhinestone. An ungodly take on Pygmalion/My Fair Lady, this finds a music star (Dolly Parton) betting that she can turn a boorish taxi driver (Sylvester Stallone) into a country singer. Watching Stallone attempt to be funny is about as painful as passing kidney stones.

8. Sheena: Queen of the Jungle. It's not a complete abomination like Tarzan, the Ape Man, and the Kenyan location shooting guarantees it looks gorgeous, but that's about it for this bubble-headed adventure yarn that showcases a wince-inducing turn by Charlie's Angels co-star Tanya Roberts.

9. Silent Night, Deadly Night. The year's worst slasher flick generated a mountain of controversy in its day, since its psychotic killer dressed like Santa Claus. Outraged parents forced it to be quickly pulled from theaters, but its success on video led to four sequels (one with Mickey Rooney!).

10. Supergirl. All the love and attention — and finances — that made 1978's Superman the best superhero film of all time was decidedly MIA in this cruddy comic-book flick that found an acceptable Supergirl in Helen Slater but insisted on ham-fisted camp at every other turn.