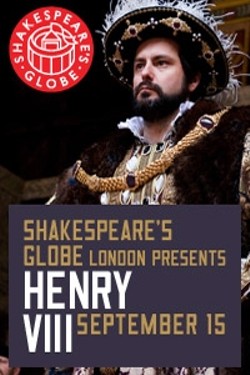 NCM Fathom, Globe Theatre and Arts Alliance Media present a four part series of Classical Shakespeare titles in movie theaters nationwide. Captured in 2010 from the prestigious and internationally renowned Globe Theatre in London, the final event of the series will be Henry VIII on Thursday, September 15th at 6:30pm (local time). Each performance will include a historical perspective on the Globe, the reconstruction process, the work of the Globe today, and a behind-the-scenes look at the production including interviews from the actors and creative team involved.

The Globe Theatre Presents Henry VIII is not showing in any theaters in the area.