The Hobbit: The Desolation of Smaug: Middle-earth's middle chapter | Reviews | Creative Loafing Charlotte
Switch to the mobile version of this page.

The Hobbit: The Desolation of Smaug: Middle-earth's middle chapter 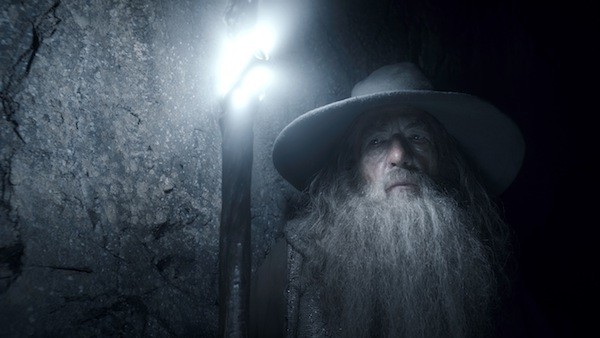 The big news accompanying last December's release of The Hobbit: An Unexpected Journey was writer-director Peter Jackson's decision to offer the film in High Frame Rate (HFR). That innovation basically allowed it to be played at 48 frames per second instead of the normal 24fps — this technique drew viewers further into the on-screen action but also managed to flatten the images out to resemble some Middle-earth TV soap opera. With that topic thoroughly exhausted upon its initial introduction (including in CL's review), it's best to move onto new points of discussion when it comes to the latest adaptation of a J.R.R. Tolkien work, The Hobbit: The Desolation of Smaug. Umm... So... Hey, how about those Saints and Seahawks?

OK, there are indeed matters to discuss when it comes to this picture, but most pertain to common issues that affect most middle chapters of a planned cinematic trilogy (The Hobbit: There and Back Again will be released December 2014). There's the sense of narratively treading water, stretching out some passages and reserving other plot points for the next entry. There's the desire to keep the action fast and furious, since most of the expository material was doled out in the first picture (it's in this manner that the movie most resembles The Lord of the Rings' own middle chapter, The Two Towers, where it was full-speed battle sequences ahead and characterizations be damned). And there's the cliffhanger ending, which in this case even trumps those for Back to the Future Part II, The Matrix Reloaded and the recent The Hunger Games: Catching Fire when it comes to abruptly giving way to the closing credits.

Picking up where TH: AUJ ended, TH: TDOS finds TH Bilbo Baggins (Martin Freeman) and the wizard Gandalf the Grey (Ian McKellen) still accompanying 13 Dwarves of various shapes and largely same sizes as they travel to reclaim their kingdom of Erebor from the slumbering dragon Smaug. As before, they're being pursued by a pack of savage Orcs who want them all dead. More complicated is the band's relationship to the Elves they encounter; the two groups dislike each other, but seeing as they hate Orcs more, they briefly find themselves fighting on the same side. The travelers also meet a human in the form of Bard (Luke Evans), although they're not sure if he can be trusted. 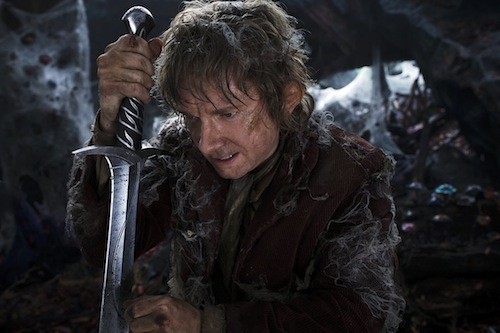 The Hobbit Part Deux flows more gracefully than its predecessor, but since this saga is bereft of the gravitas of the original Rings trilogy, I was satiated after two hours. But around that mark, we're just getting the money shots of Smaug, so the film unwinds for another 40 or so minutes. Diehard fans will love every CGI second of it, but those not quite as enthralled with all the climactic bombast may find themselves checking their watches and starting to mentally prepare for the next day's activities.

The primary cast newcomers, Evans and Evangeline Lilly (as the Elf Tauriel), smoothly integrate themselves into Jackson's fantasy vision, although the return of Orlando Bloom as Legolas isn't the thrill many might be expecting (considering the preview audience clapped when just the film's title popped onto the screen, I fully expected a similar response, maybe even rapture just shy of a standing ovation, to greet Bloom's first appearance; instead, it was quiet enough to hear a bow string drop). As for McKellen, his performance at this point (five films and counting) is as comforting as hot chocolate on Christmas Day. It's impossible to imagine anyone else in this role, which is why it's particularly amusing to note that the filmmakers also pursued Sean Connery for the part.

"And you are...?" asks a Hobbit sitting at the bar. Coolly lighting his pipe, he replies, "Grey. Gandalf the Grey."