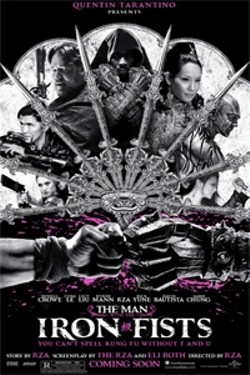 The Man with the Iron Fists

Since his arrival in China's Jungle Village, the town's blacksmith has been forced by radical tribal factions to create elaborate tools of destruction. When the clans' brewing war boils over, the stranger channels an ancient energy to transform himself into a human weapon. As he fights alongside iconic heroes and against soulless villains, one man must harness this power to become savior of his adopted people.

The Man with the Iron Fists is not showing in any theaters in the area.