The Wearn House could serve as a west side museum ...

There's a massive antebellum house that sits atop a slight incline, just before a sharp curve on Tuckaseegee Road in west Charlotte. It's been there since 1844, making it one of the city's oldest homes. It's also one of the few links that still exists to the west side's history. 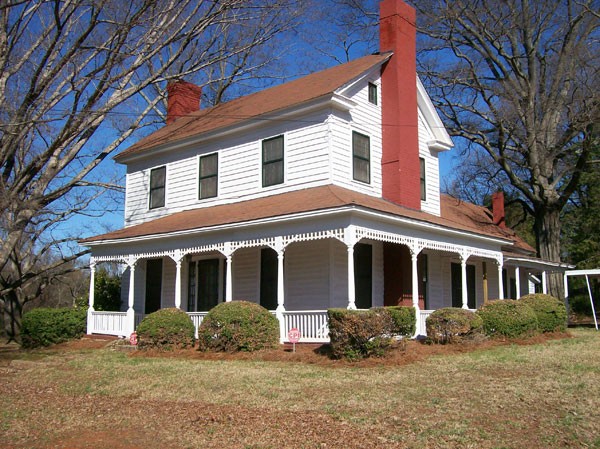 Generations of notable Charlotteans, including a former mayor and director of the Mint Museum, have called the Wearn House home. Its builder even helped spawn the city's pre-Civil War development. The house, and the 25 acres that surround it, could potentially become a west side landmark, and historians and descendants of past owners want to see it turned into a museum or a public-events facility.

For the past two decades it has sat vacant and been broken into on multiple occasions. The back door is usually wide open, making it easily accessible to homeless individuals seeking shelter. Left largely unmonitored by the investor group that took ownership of it in 2008, the future of the historic structure is clearly in doubt.

"It's more than about saving this one house," said Darryl Hall, an architect with the firm Happy Box. "It's about saving a piece of pre-Civil War history and a time we know very little about."

The house is imposing — tall and bordering on the macabre. It smells of stale air, and a layer of dust and silt covers every surface. It is uncomfortably quiet, and the shadowy outlines where pictures hung long ago or furniture once stood are the only reminders of its former inhabitants. 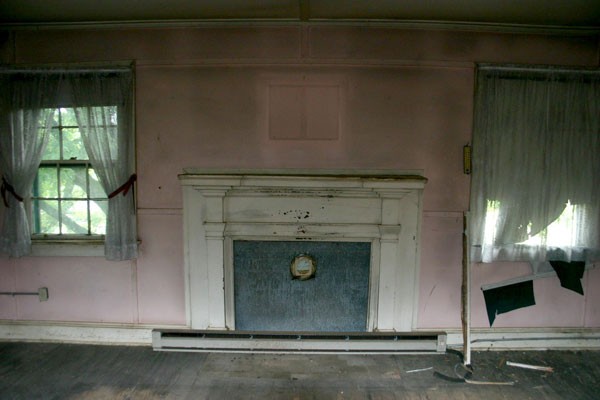 The Richard Wearn House, as it is listed on the Charlotte Mecklenburg Historic Landmarks Commission, started life as a log cabin and evolved into a wood-plank farmhouse that was Victorianized with the addition of period-appropriate latticework and a wrap-around porch. During its construction, the Queen City saw the nation's first verified gold find, leading to a rush that began around the turn of the 19th century. The house's builder, Richard Wearn, who with his wife Henrietta Thompson, immigrated to the U.S. from Scotland in 1823, spearheaded much of the gold-mining efforts, which perpetuated development that led to a sudden jump in population and the eventual decision to locate a U.S. Mint in Charlotte in 1837.

The Wearn House would pass through multiple owners. By the early 20th century, it landed in the hands of Mary and Edward Hayes, who operated a botanical nursery on the property. Following the death of the elder Hayes, sons William and Edward Jr. continued living in the home for many years. Edward died in 1983, and William moved out of the house in 1989. He died in 2006.

With no more surviving heirs, Bank of America handled the estate until April 2008, when about 100 people gathered for an auction of the house and estate. A group of investors with its sight set on a new housing development captured the property for a reported $1.5 million. Known as Magnolia Acres LLC., investors include attorney Charles W. Bennett and the construction company Davis Homes/HTL Development. They did not return phone calls made by Creative Loafing.

Pam Thompson, who managed the auction and said she thinks the economic downturn that began in 2008 stymied Magnolia's efforts to go forward with the housing development. Additional evidence suggests Magnolia has no interest in preserving the home.

"The [men who] own the place come out here every once in a while," said a longtime squatter named John, who did not give his last name. "[This guy] said he wanted to tear it down, and they were talking about putting up some new houses. I'd hate to see this old place go. I know I'm not really supposed to be here, but at least I am looking out for it, when no one else is."

Its location and apparent resilience to the elements could turn the house into more than just a landmark. An old report from the Charlotte Mecklenburg Historic Landmarks Commission cited the importance of the home as early as 1979, noting that it could serve as a public-events facility.

Many would like to see preservation efforts taken a step further. The Richard Wearn House could serve as an ideal repository for west Charlotte and Mecklenburg County history that examines the gold rush, as well as the city's pre-Civil War African-American culture. George Wearn, the great-great-great-great-grandson of Richard and Henrietta, and George's wife Jeannie are both trying to garner support from other descendants to preserve the ancestral home and at least a few surrounding acres, which include its barns and backhouses. That way the house and other structures could turn into a museum, and Magnolia Acres could still develop 23 acres of surrounding land. But it wouldn't be unusual in Charlotte if such a landmark was demolished in favor of development.

"With the urban developments in Uptown over the years, in the center of the city, where it all began, there are actually very few structures that pre-date the 1970s," said Hall, the architect. "We don't need to lose anything else, regardless of its location."

Moore is the author of Charlotte: Murder, Mystery and Mayhem.