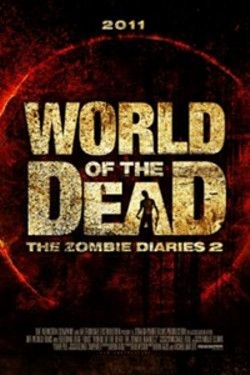 The World of the Dead: The Zombie Diaries

Three months have passed since a viral outbreak wiped out 99.9% of the world's population, turning its victims into flesh-eating living dead. In the UK, a surviving band of soldiers and civilians have taken refuge at the rural military barracks. Life in this new world is tough and brutal, but hope appears when a high level communication is received from a military base on the coast, telling of sanctuary elsewhere in Europe... But just as salvation appears to be in reach, the base suffers an overwhelming defeat at the hands of the living dead!

The World of the Dead: The Zombie Diaries is not showing in any theaters in the area.