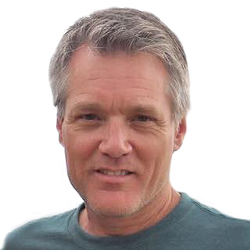 This editor's note is not going to fall into frothy nostalgia. We don't have time for that in this city and state in 2017. There's too much reporting to be done on Charlotte's police and city government, on the wacky political shenanigans that pop up like that annoying critter in Caddyshack, on crime and poverty and growth and gentrification — not to mention on the city's constantly expanding diversity and amazing mix of arts, music, food and sports.

But let me say this and get it out of the way: It's good to be back home and in the editor's chair at Creative Loafing again. Lots of crazy stuff has happened since my last CL editor's note three and a half years ago — the one where I talked about all the hard work our reporting team did on Occupy Charlotte and the 2012 Democratic National Convention. In that dispatch, I told you I was getting married and moving on. Well, we did, and we landed in the San Francisco Bay Area, where I logged time as editor of SF Weekly and Acoustic Guitar magazine.

It was great living in a leftist's paradise, aka Diversity, Inc., covering skyrocketing real estate prices, out-of-control homelessness and the exploding legal marijuana industry. A place where the moderate left is considered far right. But don't let the marketing fool you: The Bay Area is not bereft of bigoted cops, a tech industry that's essentially a white boy's club, and a near-total lack of understanding of how working people in the rest of the country live. It was an echo chamber of progressive politics. And it was deceiving.

For instance, what did y'all do while I was away? Well, you tried to pass a non-discrimination ordinance that protected trans people and all hell broke loose. Then later, you took to the streets when police shot and killed a black man, Keith Lamont Scott, showing the world that Charlotte's own marketing of itself as a tolerance safe zone in a sea of red may be a bit overstated. These are just some of the reasons it became increasingly clear to me that Charlotte was where I needed to be. So I packed up my East Bay apartment two months ago, hitched my Fiat 500 to the back of a Penske truck and dragged my car and my ass back home.

This is my third rodeo at Creative Loafing, and the joint has undergone some big changes since my initial editorship in the mid-2000s. Two years after my first departure, in 2008, the company went bankrupt and fell into the hands of its creditors. When I returned as editor in 2011, I served under two different owners. And now the paper is under different ownership yet again, with a staff that's leaner than ever. But I have a gut feeling CL Charlotte's current owner, Charles Womack, is in for the long haul. For one thing, he's local to North Carolina, and like me, he genuinely cares about Creative Loafing. Charles and I may disagree on things from time to time, and we may have different viewpoints on certain issues, but that's not only OK, it's healthy.

Speaking of that lean staff: CL has an immensely talented and prolific news editor in Ryan Pitkin, who was a freelance reporter when I was here before. Ryan has penned stories that have gone global – and not just on obvious stuff like HB2 or the Keith Scott killing. His piece about a guy who stole the Homer the Dragon costume from BB&T Ballpark transformed the thief into a celebrity. Pat Moran, another staffer, wears a ton of hats around here, one of which is arts writer. Pat has an encyclopedic knowledge of music, theater and other arts, and writes about it with passion and enthusiasm. And did I mention CL's designer, Dana Vindigni? She's a New Yorker with boundless energy and a scrappy DIY approach. (Let me take this moment also to give props to the capable folks who've assumed editorship since I've been away: Kim Lawson, Jeff Hahne, and Anita Overcash.)

There will be a few changes this go-round. We will still be dipping into our a stable of regular contributors and other freelancers — like relative newcomer Sherrell Dorsey, whose columns on race, diversity, tech and other topics bring a fresh voice to the mix; nightlife correspondent Aerin Spruill, who's out painting the town so much you wonder if she ever goes home; and of course, film critic Matt Brunson, who's been reviewing movies for CL for as long as CL has been around. But we'll be leaning more heavily on our staffers — including me — to keep you abreast of what's going on around town. Rest assured that you will continue to get the gamut of news and happenings that you've come to expect from CL.

Ever feel like you're meant to be somewhere? That's how I feel about Creative Loafing. Through her highs and lows, her fat years and lean years, I've always come back home to her. This time I plan to stay put.