To Bieb or not to Bieb

Justin Bieber is huge now, but which historical teen star's path will he follow?

Justin Bieber is coming to town. Beliebers are rejoicing, while others groan, roll their eyes and declare, "Music is dead." Yet this 18-year-old Canadian is only the latest in a long line of mass-culture child stars and teen idols dating back at least to Shirley Temple — though probably before. And while most of these tykes have led crotchety old fools to prematurely proclaim music's demise, the story of child stars is more complex than that. Teen idols are neither inherently good nor bad, but they are — and always have been — an inescapable part of popular culture. How long they last in the spotlight depends on how well they learn to navigate the fickle tides of fame.

While some child stars rise exponentially (see Justin Timberlake), others wallow through the tabloids for years (see Britney Spears). Still others are so defined by their early successes that people simply forget about them, often assuming they're dead. (Often they are.)

What, then, is in store for the Biebs? Will his current tour, including a Jan. 22 concert at Time Warner Cable Arena, be the high point of his life? Will everything else be a painful downhill skid for him? Or is he at the beginning of a meteoric rise culminating in a handful of classic albums and decades of box-set reissues?

It's probably worth looking at Bieber in child-star context, then, rather than rail against him or rally behind him. To that end, here is a (very) partial history of teen idols and child stars.

Overview: Though not a musician (unless you consider "On the Good Ship Lollipop"), Temple largely set the model for teen and preteen stars. She achieved near-inescapable celebrity when she wasn't much older than a toddler, and ruled the cinema until she was 11. By 22, she had retired from acting. Since then, she has made sporadic TV appearances and become active in the Republican Party. Yet Salvador Dalí's Shirley Temple, The Youngest, Most Sacred Monster of the Cinema in Her Time presented her as a sexualized nightmare creature — and he wasn't alone in this criticism of her heyday appeal. While the Temple films of the '30s arguably provided respite from the Depression, it was all through formula-driven plots and heavy clichés.

Where she is today: She's still alive. Who knew?

Overview: Ah, the bucolic '50s: the era of baseball, apple pie, Joe McCarthy and Jim Crow. But it was also the era of rock 'n' roll — an exciting, sexualized new form emerging from the collision of R&B, hillbilly music, country ... you know the story. Yet where breakthrough stars like Elvis Presley took to the stage with his hips swinging and thrusting, Boone's conservative, sterilized renditions of rough-and-tumble Little Richard sex-jams helped make rock popular in white, suburban America — where it lives to this day.

Where he is today: Still clean-cut, still kicking and still, uh ... singing.

Overview: It's essential to remember that 1963 saw these monoliths of popular music receive the same reactions as Justin Bieber does today: the incoherent screams of teens tearing out their own hair, the gripes of anyone over 30 and the grumbles of critics. The British Invasion didn't happen without a little native resistance, after all.

Where they are today: You're kidding, right?

Overview: Long before Michael Jackson (the adult) taught '80s teens the ol' moonwalk and crotch-grab routine, he was the reason we liked The Jackson 5 — a pop force capable of knocking Beatles songs out of the No. 1 spot on

Billboard. Even as an elementary school kid, his vocal clarity and control shone. Yet there was something Shakespearean about the charismatic tween's eventual decades-long run in the spotlight — from his fringe-flying dance moves with his brothers to his rise to King of Pop and seemingly endless stream of personal embarrassments in the '90s and early 2000s to, finally, his death on the eve of what would have been yet another comeback. Now that he's gone, Jackson's legend is back in full force — obliterating 15 years of Wacko Jacko jokes as if they never happened.

Yet understanding this troubled artist's life requires admitting the counterbalance of thrilling highs and grotesque lows: after constantly appearing on TV throughout the '70s with his brothers and mentor Diana Ross, he went on to establish the music video as an art form, yet was shunned as a pedophile several times; he met with sitting presidents (even if it was the Gipper), yet made his children cover their faces in public (and who the hell names a kid "Blanket"?). Sane or not, dude was talented — and if it sucks how he died, his life didn't sound all that fun, either.

Where he is today: Medicated to death.

Overview: Pure bubblegum pop like this drove cynics like the late, acid-tongued comedian Bill Hicks wild for the same reason Dalí painted that Shirley Temple picture: both were disturbed by the sexualization of child and teen stars (at least, that's what Hicks' rants say to me). But it was also the crass commercialism that got to Hicks — after all, Tiffany made her big splash touring malls. From another perspective, however, she sought her audience where she knew they'd already be — further endearing herself to gum-smacking teen girls with side ponytails. Neither singer's career survived the onset of the '90s, and both Tiffany and Gibson landed safely within VH1's "Where Are They Now?" category.

Where they are today: Making records, starring in SyFy originals, doing oldies tours together and (sigh) posing for Playboy within suspiciously few years of each other.

Overview: These guys ... these guys were inescapable in the late '80s and start of the '90s. At the height of their fame, New Kids' merch was everywhere: they were like the Star Wars of radio pop. Today, the New Kids' approach has become a familiar model, one kept alive through the Backstreet Boys and 'N Sync and up to youthful newbies like One Direction. At its core, the boyband movement maxes the sentimentality of doo-wop, mixes in whatever recording technology is currently popping (synths, Auto-Tune, etc.) and releases tabloid details as freely as recorded material — and New Kids did it best.

Where they are today: Back together for some reason and they've even teamed up with the Backstreet Boys. Doesn't anyone stay split up anymore?

Overview: The start of the '90s saw an explosion of mainstream rap radio stations, not only in the urban centers where the genre originated, but also in rural parts of the country. It's not like it was absent before, but the '90s was when hip-hop became legitimately inescapable on the same level as rock or country. Within the deluge, it was only logical for child stars to emerge. Enter Atlanta tweens Chris "Mac Daddy" Kelly and Chris "Daddy Mac" Smith, as discovered and produced by hip-hop and R&B mogul Jermaine Dupri. As Kris Kross, they got big fast — big enough to be a fashion influence. No shit — for a time, teens were copying the duo's signature backwards pants-and-shirt style.

Where they are today: Kelly started the independent label C. Co Records while Smith tried recently to get back into the music game, unsuccessfully.

Overview: While boybands come and go, it's worth mentioning that yet another teen-idol explosion closed the 20th century — and that one was big. After all, the same few years that saw these two outfits make their debuts also saw Britney Spears, Christina Aguilera, Jessica Simpson, et al. Backstreet Boys and 'N Sync brought a Pat Boone-style squeaky-clean image, however, unlike New Kids' on-again/off-again urban posturing.

Where they are today: 'N Sync's Justin Timberlake co-owns MySpace, among other things, and is kind of everywhere you look. Thankfully, he has adopted a more mature public persona than the band's initial Auto-Tuned Boy Scout pose. BSB continues to release albums every few years, and they even toured with the New Kids, creating two generations of boyband nostalgia — a sort of mother-daughter bonding event. 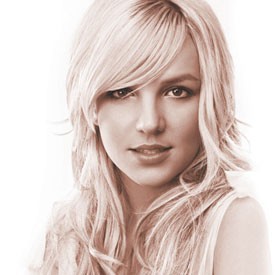 Overview: Where Backstreet and 'N Sync cleaned up New Kids' act, Spears embraced the sexualization that Tiffany and Gibson initially dodged — though, in the first of many career paradoxes, Britney publicly stated she was saving herself for marriage. Yet open innuendo and a string of pure trainwrecks (K-Fed anyone?) in the early- and mid-'00s made her star fall quickly — and far — from its brief, late-'90s apex. She has since re-entered the pop world as a sort of Madonna-in-training — a dubious distinction that, nonetheless, fits.

Where she is today: Hawking her own brand of apparently dominatrix-themed perfume; lip-synching while half-heartedly dancing on brief tours; judging The X-Factor.

Overview: Say what you will, but he was the first artist to have seven singles from a debut album chart on the Billboard Hot 100, he's sold more than 15 million albums to date, has more than 32 million Twitter followers, was ranked by Forbes as the third most powerful celebrity in the world in 2012 — and the kid can dance. Teen fans (his "Beliebers") are tearing out their hair again, and YouTube is straight crowded with homemade videos of singers trying to get "discovered" the same way Biebs was. Yet he's had stalkers and death plots, and just this month a whole new "marijuana cigarette" hullabaloo erupted when photos appeared of him smoking something that looked like a joint. And then there was the 2011 Grammys — remember that? Bieber didn't get Album of the Year; Arcade Fire did. Then fans on both sides mocked each other in drearily obvious ways, the Internet was a tangle of dumb jokes and ... do we really have to go over all this again?

While Bieber's problems are nothing new, the sheer force and quantity of vitriol from his haters is. And I don't think it's because he has finally, somehow, and against all probability, destroyed popular music — relax, he ain't that special. Rather, social media has given every one of us a voice — and, apparently, we're all shouting at the same time. Sigh.

Where he is today: The biggest room in Charlotte. This year could be the start of him going big like Timberlake, or some seemingly innocuous scandal (got weed?) could get blown out of proportion and topple the poor kid. It's the big time, after all, and there are no guarantees.

The Next Big Thing
When: Soon

Overview: There's no question there will be more teen idols to come. Will the next one be like Pat Boone or Kris Kross and ride the momentum of an already successful movement? Mumford and Sons-style roots-pop and the indie world are ripe for plundering: don't be surprised if the next teen idol has a mandolin, a wool vest, mustache and Dan Deacon glasses.

More likely, the next one will come from overseas. And I don't mean One Direction — they're a boyband formed on a reality show, and both those approaches have had their moment. Rather, look to South Korea: the same mega-pop industry that produced PSY and Rain doesn't pretend to be anything but a hit factory, and it's far from done. The next Debbie Gibson or Beatles may not sing in English and, honestly, that's fine.

Where the next big thing is today: In the 3rd grade.