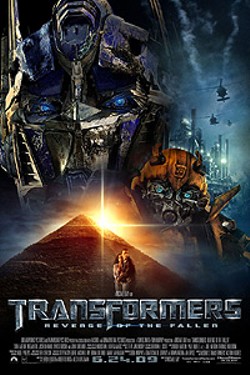 Transformers: Revenge of the Fallen

Two years have passed since Sam Witwicky and the Autobots saved the human race from the invading Decepticons. Now he's preparing for the biggest challenge of his life: leaving home for college. Leaving home is something the Autobots understand only too well. With the destruction of the Allspark, the Transformers home planet of Cybertron is uninhabitable, and the Autobots make the best of their lives on earth, working in league with the military as part of a top-secret team called NEST. Meanwhile, the Decepticons learn what Sam doesn't know: he alone holds the key to the outcome of the struggle between evil and the ultimate power of good. A normal life will have to wait. With the help of the Autobots, the soldiers of NEST, and an old adversary-turned-ally, former Sector 7 Agent Simmons, Sam and his girlfriend Mikaela must uncover the secret history of the Transformers presence on earth, and the sacrifices that have to be made to save it from an ancient threat sworn on returning here for revenge--an ancient Decepticon named The Fallen.

Transformers: Revenge of the Fallen is not showing in any theaters in the area.