Umberger Opts Out of Rep Reunion 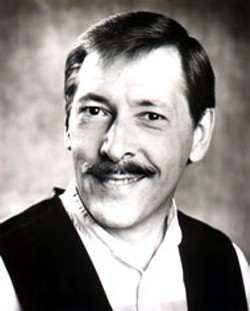 Just when you thought there might be a healing of the rift between Charlotte Repertory Theatre and its founder, Steve Umberger, there's a hitch. In a letter addressed last week to company managing director Debbie Fitts and the new chairman of the board, Bill Parmelee, Umberger has withdrawn from Rep's upcoming production of The Exonerated. Umberger was slated to direct the drama, winner of the Drama Desk and Critics Circle awards, which remains booked for its run at Booth Playhouse on February 4-20.

"For the time being," Umberger quipped, "I'll have to remain un-Exonerated." He declined further comment on the situation, preferring to let the text of his letter speak for itself.

Umberger's letter clearly references current opportunities that would "conflict with some of the rehearsals for The Exonerated." It is also clear that Umberger's decision to accept these "out of town" work assignments will have an impact on the assistance he has offered to Charlotte Rep for the future.

"I had thought I would be here through the winter," Umberger's official resignation from The Exonerated states, "and my recent offer to help with the Rep's artistic planning for the 05-06 season was based on this timetable. But at this point I need to take advantage of the clearest long-term opportunities."

It is unclear whether Charlotte Rep had accepted Umberger's offer of help for the 2005-06 season -- or whether Umberger's withdrawal was precipitated by the company's deteriorating finances. Rep's tailspin has not been slowed by the austerity measures taken in October 2003 by their board of trustees under the leadership of Parmelee's predecessor, J. Michael McGuire.

Those austerity measures, roundly criticized by Creative Loafing, led to the resignation on November 10, 2003, of Rep artistic director Michael Bush, who came to Charlotte from the Manhattan Theatre Club in 2002 after Umberger's ouster. To date, no one has been named to fill the vacancy left by Bush's departure.

In fact, it is unclear whether any credible candidates have applied for the position. Repeated efforts by Creative Loafing to learn of Rep's progress in naming Bush's successor have not been answered by Fitts, who referred us late last week to Parmelee for all future inquiries on Rep's artistic leadership and its financial status. As we go online with this bulletin on Umberger's resignation, we have received no answer to a voicemail message left last week with Parmelee.

Requests from Creative Loafing for verifiable information on the causes and extent of Rep's deficit have gone unanswered for over a year. Trusted sources are currently estimating Rep's financial deficit at $500-$600K, or double what it was when Michael Bush resigned as artistic director 13 months ago. Bush has stated publicly that he would not have accepted the position if he had known the extent of Rep's deficit when the offer was made.